The Many Errors of David Ricardo 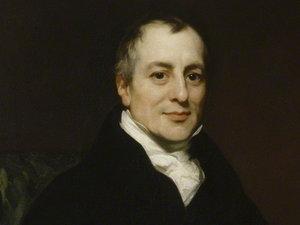 Tags Capital and Interest TheoryOther Schools of ThoughtPhilosophy and Methodology

This essay is adapted from Murray Rothbard’s Austrian Perspective on the History of Ecopnomic Thought, Volume II.

While Ricardo formally admitted that supply and demand determine day-to-day market pricing, he tossed that aside as of no consequence. … Utility Ricardo brusquely disposed of as ultimately necessary to production but of no influence whatever on value or price; in the 'value paradox' he embraced exchange value and abandoned utility completely. Not only that: he frankly and boldly discarded any attempt to explain the prices of goods that are not reproducible, that could not be increased in supply by the employment of labor. Hence Ricardo simply gave up any attempt to explain the prices of such goods as paintings, which are fixed in supply and cannot be increased. In short, Ricardo abandoned any attempt at a general explanation of consumer prices. We have arrived at the full-fledged Ricardian — and Marxian — labor theory of value.

The Ricardian system is now complete. Prices of goods are determined by their costs, i.e., by the quantity of labour hours embodied in them, trivially plus the uniform rate of profit. Specifically, since the price of each good is uniform, it will equal the cost of production on the highest-cost (i.e., zero rent) or marginal land in cultivation. In short, price will be determined by cost, i.e., the quantity of labor hours on the zero-rent land used to work on the product. As time goes on, then, and population increases, poorer and poorer soils must be brought into use, so that the cost of producing corn continues to increase. It does so because the quantity of labor hours needed to produce corn keeps increasing, since labor must be employed on ever poorer soil. As a result, the price of corn keeps increasing. Since wage rates are always kept precisely at the subsistence level (the cost of growing corn) by population pressure, this means that money wage rates must continue to increase over time in order to keep real wage rates in pace with the ever rising price of corn. Wage rates must increase over time, and hence profits must keep falling until they are so low that the stationary state is reached.

Ricardo's system is both gloomy and rife with allegedly inherent class conflict on the free market. First, there is tautological conflict because, given the fixed total, the income shares of one macro-group can only increase at the expense of another. But the point of the free market in the real world is that generally production increases, so that the total pie tends to keep rising. And, second, if we focus on individual factors and on how much they earn, as does the later marginal productivity theory (and as did J.B. Say), then each factor tends to earn its marginal product, and we need not even concern ourselves with the alleged but non-existent laws and conflicts of macro-class income distribution. Ricardo kept his eye unerringly on the radically wrong problem — or rather, problems.

But there is even more class conflict here than implied by Ricardo's tautological macro-approach. For if value is the product solely of labor hours, then it becomes easy for Marx, who was after all a neo-Ricardian, to call all returns to capital exploitative deductions from the whole of 'labor's' product. The Ricardian socialist call for turning over all of the product to labor follows directly from the Ricardian system — although Ricardo and the other orthodox Ricardians did not of course make that leap. Ricardo would have countered that capital represents embodied or frozen labor; but Marx accepted that point and simply riposted that all labor producers of capital, or frozen labor, should obtain their full return. In fact, neither was right; if we wish to consider capital goods as frozen anything, we would have to say, with the great Austrian Böhm-Bawerk, that capital is frozen labor and land and time. Labor, then, would be earning wages, land would earn rent, and interest (or long-run profits) would be the price of time.

Recent analysts, in an attempt to mitigate the crude fallacy of Ricardo's labor theory of value, have maintained, as in the case of Smith but even more so, that he was attempting not so much to explain the cause of value and price but to measure values over time, and labor was considered an invariable measure of value. But this hardly mitigates Ricardo's flaws; instead, it adds to the general fallacies and vagaries of the Ricardian system another important one: the vain search for a non-existent chimera of invariability.

The Chimera of Invariability of Value

For values always fluctuate, and there is no invariable, fixed base of value from which other value changes can be measured. Thus, in rejecting Say's definition of the value of a good as its purchasing power of other goods in exchange, Ricardo sought the invariable entity, the unmoved power:

A franc is not a measure of value for any thing, but for a quantity of the same metal of which francs are made, unless francs, and the thing to be measured, can be referred to some other measure which is common to both. This, I think, they can be, for they are both the result of labour; and, therefore, labour is a common measure, by which their real as well as their relative value may be estimated.

It might be noted that both products are the result of capital, land, savings, and entrepreneurship, as well as labor, and that, in any case, their values are incommensurable except in terms of relative purchasing power, as Say had in fact maintained ...

The Class Struggle Implicit in Ricardo’s Theory of Value

An even stronger and more direct class struggle than that implied by the labor theory of value stemmed from Ricardo's approach toward landlords and land rent. Landlords are simply obtaining payment for the powers of the soil, which, at least in the hands of many of Ricardo's followers, meant an unjust return. Furthermore, Ricardo's gloomy vision of the future held that labor must be kept at subsistence level, capitalists must see their profits inevitably falling — these two classes doing as badly as ever (labor) or always worse (capital) while the idle and useless landlords keep inexorably adding to their share of worldly goods. The productive classes suffer, while the idle landlords, charging for the powers of nature, benefit at the expense of the producers. If Ricardo implies Marx, he implies Henry George far more directly. The specter of land nationalization or the single tax absorbing all land rent follows straight from Ricardo.

Ricardo and the Landlords

One of the greatest fallacies of the Ricardian theory of rent is that it ignores the fact that landlords do perform a vital economic function: they allocate land to its best and most productive use. Land does not allocate itself; it must be allocated, and only those who earn a return from such service have the incentive, or the ability, to allocate various parcels of land to their most profitable, and hence most productive and economic uses.

Ricardo himself did not go all the way to government expropriation of land rent. His short-run solution was to call for lowering of the tariff on corn, or even repeal of the Corn Laws entirely. The tariff on corn kept the price of corn high and ensured that inferior, high-cost domestic corn land would be cultivated. Repeal of the Corn Laws would enable England to import cheap corn, and thereby postpone for a time the use of inferior and high-cost land. Corn prices would for a while be lower, money wage rates would therefore immediately be lower, and profits would rise, adding to the accumulation of capital. The dread stationary state would be put further off on to the horizon. Ricardo's other anti-landlord action was political: by entering Parliament by joining Mill and the other Benthamite radicals in calling for democratic reform, Ricardo hoped to swing political power from the grip of the aristocracy, which meant in practice the landlord oligarchy, to the mass of the people.

The Logical Outcome of the Ricardian System: The Land Tax

But if Ricardo was too individualistic or too timorous to embrace the full logical consequence of the Ricardian system, James Mill characteristically was not. James Mill was the first prominent 'Georgist', calling frankly and enthusiastically for a single tax on land rent. In his high office in the East India Company, Mill felt able to influence Indian government policies.

Before obtaining this post, Mill had characteristically presumed to write and publish a massive History of British India (1817) without ever having been in that country or knowing any of the Indian languages. Steeped in the contemptuous view that India was thoroughly uncivilized, Mill advocated a 'scientific' single tax on land rent. Mill was convinced as a Ricardian that a tax on land rent was not a tax on cost and therefore would not reduce the incentive to supply any productive good or service. Hence a tax on land rent would have no bad effect on production — it would only have the effect of eliminating the ill-gotten gains of the landlords. In effect, a tax on land rent would be no tax at all! The land tax could be up to and including 100 percent of the social product caused by the differential fertility of the soil. The state, according to Mill, could then use this costless tax for public improvement, and largely for the function of maintaining law and order in India.

And Yet Ricardo Promoted Laissez-Faire

We see now the pernicious implications of the fallacious view that any part of the expense of production is in some way, from a holistic or social point of view, 'really' not a part of cost. For if an expense is not part of cost, it is in some sense not necessary to the factor's contribution to production. And therefore this income can be confiscated by the government with no ill effect. Despite the deep pessimism of Ricardo about the nature and consequences of the free market, he oddly enough cleaved strongly, and more firmly than Adam Smith, to laissez-faire. Probably the reason was his strong conviction that virtually any kind of government intervention could only make matters worse. Taxation should be at a minimum, for all of it cripples the accumulation of capital and diverts it from its best uses, as do tariffs on imports. Poor laws — welfare systems — only worsen the Malthusian population pressures on wage rates. And as an adherent of Say's law, he opposed government measures to stimulate consumption, as well as the national debt. In general, Ricardo declared that the best thing that government can do to stimulate the greatest development of industry was to remove the obstacles to growth which government itself created.