The Man versus the State 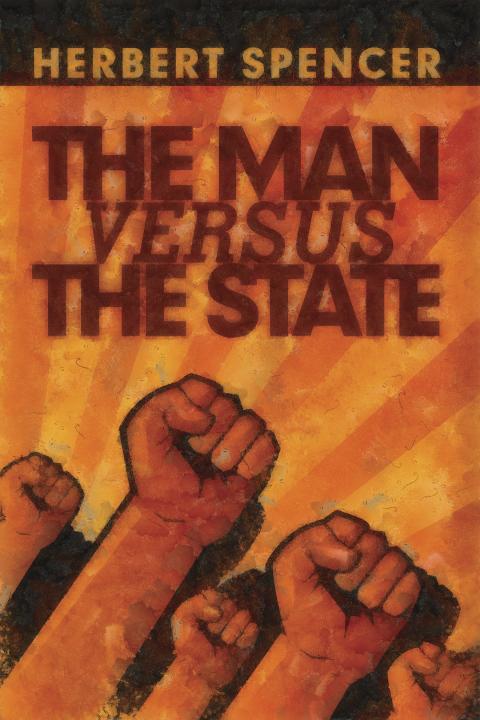 The Man versus the State.pdf

The Man versus the State.pdf

The Man versus the State.epub

Henry Hazlitt says that this book is "One of the most powerful and influential arguments for limited government, laissez faire and individualism ever written."

Spencer played a huge role in the history of ideas, one that contemporary sociologists have sadly neglected other than to dismiss him as "social Darwinist." In fact, his great contribution was precisely to untangle the study of society from all claims that it operated as a life form apart from the choices made by individuals.

He was a laissez-faire radical in times when academia was becoming ever more illiberal. He was an opponent of militarism, economic regulation, infringement on personal liberty, and government centralization.

It was Darwin who took his metaphors from Spencer, who was one of the last defenders of the classical-liberal idea in England. He was the scholar who argued for the law of equal freedom: "Every man has freedom to do all that he wills, provided he infringes not the equal freedom of any other man."

In this book, he presents that argument that liberalism, which liberated the world from slavery and feudalism, was undergoing a transformation. Its new love for the state would put liberalism behind a movement to create a new despotism that would be worse than the old.

He understand that freedom must also mean freedom from the state:

The degree of his slavery varies according to the ratio between that which he is forced to yield up and that which he is allowed to retain; and it matters not whether his master is a single person or a society. If, without option, he has to labour for the society, and receives from the general stock such portion as the society awards him, he becomes a slave to the society. Socialistic arrangements necessitate an enslavement of this kind; and towards such an enslavement many recent measures, and still more the measures advocated, are carrying us.

The final result would be a revival of despotism. A disciplined army of civil officials, like an army of military officials, gives supreme power to its heada power which has often led to usurpation, as in medieval Europe and still more in Japannay, has thus so led among our neighbours, within our own times.

His essay on political superstitions is a brilliant argument on behalf of self-organizing society, as against nearly all his contemporaries who had come to believe in the merit of power. He writes to condemn "the political superstition that governmental power is subject to no restraints."

As David Gordon has written, "Spencer's arguments against the early manifestations of the welfare state are of far reaching importance."

Spencer shows that the early Liberal was consistently for cutting down the State's coercive power over the citizen, wherever this was possible. He was for reducing to a minimum the number of points at which the State might make coercive interventions upon the individual. He was for steadily enlarging the margin of existence within which the citizen might pursue and regulate his own activities as he saw fit, free of State control or State supervision.

Herbert Spencer was one of the leading 19th-century English radical individualists. He began working as a journalist for the laissez-faire magazine The Economist in the 1850s. Much of the rest of his life was spent working on an all-encompassing theory of human development based upon the ideas of individualism, utilitarian moral theory, social and biological evolution, limited government, and laissez-faire economics.

The image comes from "The Warren J. Samuels Portrait Collection at Duke University."

Herbert Spencer was one of the leading 19th-century English radical individualists. He began working as...

The Man versus The State Audiobook