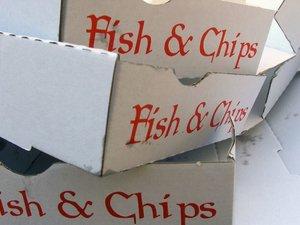 In the cramped carriages of trains on the London underground, the bumping of body parts periodically furnishes occasion for a few murmured words between strangers. Aside from these apologetic exchanges, the passengers usually avoid getting involved with one another. Last November, however, this culture of British indifference was contravened when a group called Overweight Haters Ltd., apparently rapt by a sense of public duty, began an on-train shame campaign against fat Londoners, which involved giving out cards: “We disapprove of your wasting NHS [National Health Service] money to treat your selfish greed. ... You are a fat, ugly human.”

The government-employed statisticians and health experts, however, is the subject for analysis today. Writers of reports on obesity policy options are obliged, it seems, to include a section on the social cost of obesity — and the higher the number generated, the better. Their entire program of interventions dearly depends on this section for its implementation. In the words of one government source: “If rational individuals pay the full costs of their decisions about food intake and exercise, economists, policymakers, and public health officials should treat the obesity epidemic as a matter of indifference.” Theoretically, if the social cost is found to be low or zero, the rest of the report (all 150 pages of it) should end up in policymakers’ recycling baskets. Given this incentive structure, it is perhaps unsurprising that the UK Government Office for Science reported a number so obviously flawed.

How the Report Exaggerates Cost

As a Crown-stamped document, the report emanates authority. This makes its estimate suitable for uncritical regurgitation by journalists, politicians, and pundits. It is now etched into the British psyche: obese people are an ungodly drain on our NHS. To fully comprehend what it means to be cast as an enemy of the NHS in modern day Britain, note that, in protest of the Conservative Party’s quasi-reformist healthcare policies, in the county of East Sussex last Guy Fawkes Night a giant, naked effigy of Prime Minister David Cameron was paraded, jeered, and burnt.

The report in question, Foresight Tackling Obesities: Future Choices Project, claims the cost of obesity to the NHS was £3.9 billion in 2015 — this includes the direct cost of treating obesity, as well as a proportion of the cost incurred by treating obesity-related diseases, e.g., diabetes, coronary heart disease, stroke. However, and this is the point we want to stress, no effort is made in the report to account for the fact that obese people die earlier, and so often do not cash out their state pensions. That is, it gives the gross cost of obesity, when it is the net cost (which is much, much lower) that is the true indicator of obesity’s burden on the public purse.

Let’s estimate the net cost. The National Audit Office, an independent parliamentary body, estimates that obesity accounted for 30,000 excess deaths in 1998 in England alone (no data is available for the rest of Britain). On average, each individual died nine years earlier than they would have done had they not been obese. Assume that, in every year following 1998, the same was true: 30,000 people died nine years early. It follows that there were 270,000 fewer people alive in England to collect their pensions in 2015 due to obesity. (The formula is number of deaths multiplied by number of years lost per person due to premature death, and the logic underpinning that formula is captured in the diagram below.)

Figure 1: Number of people not collecting a state pension every year on account of their having died an early, obesity-caused death.

The state pays up to £8,300 per year to over-65s, which includes pension, top ups, heating allowance, and a TV license. Because in 2015 there were 270,000 fewer over-65s alive on account of premature death, the state’s liabilities in England alone were reduced by over £2.2 billion. This puts the net cost of obesity at about £1.7 billion, which is less than 2 percent of the NHS’ 2015/16 budget, and 56 percent lower than the gross cost. If we’d had the necessary data to include the rest of Britain (Scotland, Northern Ireland, and Wales), we might well have found the net effect of obesity on the state’s coffers in 2015 to be nil, or close thereto.

Of course, some obese people do claim out-of-work sick payments from the government, which inflates the net burden of obesity — but the amount is paltry (approximately £50 million a year) and this does not upset the conclusion of our analysis.

Government as an Agent of Social Conflict

In short, by highballing their estimate of the social cost of obesity, the report’s interventionist authors have unnecessarily contributed to the stigmatization of obese people in British society. Remember, Overweight Haters Ltd. cited the burden of obesity on public finances as their primary grievance.

Multiple studies have shown that fat-shaming causes obese people to gain more weight. This should be obvious given that obsessive eating is rooted in negative emotional states, from which sweet and fatty foods — calming opioids — provide fleeting respite. In fact, 69 percent of adults undergoing gastric bypass surgery report having suffered abuse as children, which makes sense given that tormented youngsters are more prone to suffer mental health issues in later life, and to use food as a conciliatory mechanism.

This is an age-old story: interventionists are known in libertarian circles for compounding the very problems they seek to solve. For example, when the Federal Reserve lowered interest rates after the dot-com crash, it stoked a housing bubble; when Western forces swore to defeat terrorism, they created ISIS; when Chairman Mao ordered the killing of grain-stealing sparrows, he caused a famine. This time, the interventionists sought to solve the obesity problem — and again they made the problem worse.

Mark Tovey works for a data news agency and has authored numerous reports for London-based...

"Build Back Better": Why Are Both Biden and Boris Now Using This Phrase?

The fact Boris Johnson and Joe Biden are both using the phrase "build back better" is bad news. It's a phrase pioneered...

In a private market, households bear the costs of their own unhealthy habits. In a socialized economy, everyone...