The Losing Battle to Fix Gold at $35 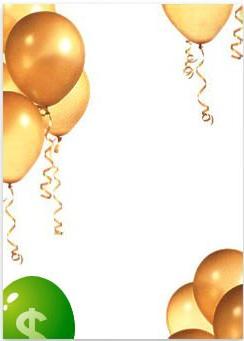 Gold-price history charts denominated in US dollars show a flat line at $35 that runs through most of the 20th century. Thirty-five dollars was, after all, the official gold price as set by the United States Treasury from 1934 on. Prior to 1934, the gold price had been fixed at $20.67 for almost a century, before President Franklin Roosevelt confiscated Americans' gold and revalued the price to $35 that year.

The $35 price was an integral part of the Bretton Woods Agreement negotiated after World War II. Bretton Woods specified a system of fixed parities between the US dollar and other industrialized currencies, and the convertibility by foreign central banks of US dollars into gold at $35 an ounce. In other words, each dollar paid out around .03 ounces of gold, or 0.888671 grams.

This was not like the classical gold standard of the 1800s but a pseudo gold standard foisted on the world by central planners. Convertibility could not be exercised by private individuals, only central bankers, and most currencies were not redeemable in gold; only the dollar was. Again, gold charts show a flat line through the Bretton Woods era of the 1940s, '50s, and '60s at $35.

The problem with these flat lines is that they imply that monetary authorities were able to keep the actual gold price fixed at the precise level they specified, and conversely, that the purchasing power of the dollar remained constant. This was not the case, as the market price for gold often differed from the official $35 price, sometimes quite significantly, and the dollar actually lost value against most goods, even though it was officially fixed versus gold.

When doing research for a gold chart project of my own, I spent several weeks nosing through old papers and magazines for market data from the era of $35 gold. I hope to bring back into public memory the divergence of gold's market price from the official price, a data set that has been forgotten.

Our chart begins in 1954 with the reopening of the London gold market, which, prior to being closed at the outbreak of World War II, had been the world's largest venue for trading the metal. Through the 1950s the London price fluctuated between $34.85 and $35.17. These upper and lower limits were set by arbitrage and the threat thereof. Foreign central banks, as stipulated in Bretton Woods, could go to the Federal Reserve in New York and convert their dollars into gold or gold into dollars at $35 plus 8.75¢ commission. The cost of shipping and insuring gold from New York to London and vice versa was 8¢ to 10¢ per ounce.1

In the mid to late 1950s the balance of payments between the United States and the rest of the world grew ever more dramatically in the latter's favor. This was due to growing US military expenditures overseas, corporate investment outflows, and foreign aid to a rebuilding Europe. As a result, European and Japanese central banks accumulated continuously growing US-dollar reserves.

Nineteen fifty-eight marked the first year in which foreign central banks exercised their convertibility rights in significant amounts and returned their dollars for gold. US gold reserves fell 10% from 20,312 metric tons to 18,290 that year, another 5% in 1959, and 9% in 1960. At the same time, the US Federal Reserve continued to increase notes in circulation, resulting in dollars being backed by ever smaller amounts of gold. Since this threatened future potential convertibility, rumors grew that the United States would be forced to devalue the dollar to staunch the outflow.

The US government tried to prevent gold from leaving by twisting the arms of foreign central banks to keep their dollars, and, later, setting travel limits on American tourists overseas and US private investment in Europe. By 1958, London gold was trading closer to its $35.18 upper limit rather than the bottom limit at $34.82, which it touched in 1957. Participants in the London market — increasingly dominated by throngs of private investors and speculators — were ever more certain that the United States' plunging gold reserves would force it to dramatically devalue the dollar.

In September 1960, the United States experienced its largest weekly decline in reserves since 19312 as foreign central banks went to New York for the metal. At the same time it was becoming evident that presidential challenger John F. Kennedy would win that fall's election. Kennedy's promises to lower interest rates and increase government spending convinced many that gold outflows would only increase. The Dow Jones Industrial Average plunged 12% from the end of August to October 25, hitting its lowest point since 1958.

In this context, London gold prices rose above $35.20 for the first time in September 1960, and on October 20 hit $36, far above the ceiling implied by arbitrage. The next week, a speculative gold rush touched off and the price soared, briefly hitting $41 before closing at a high of $38. With London trading at an impressive 17% premium to the official price, the world's monetary architects had lost control of the market price of gold.

Gold's market premium to the official price was no small matter as it questioned the very fundamentals of the planned monetary system. After all, if an ounce of gold was trading at a premium over dollar claims to that same ounce of gold, then the validity of those dollar gold claims was being challenged by the market. Furthermore, by giving foreign central banks even more incentive to exchange dollars for gold at $35 in New York in order to sell it in London at $36 to $38, the premium would exacerbate the United States' gold drain.

"Gold's market premium to the official price was no small matter as it questioned the very fundamentals of the planned monetary system."

At the eleventh hour, the New York Federal Reserve cut an informal deal with the Bank of England to resupply said bank with any gold it spent, at its own discretion, in suppressing the gold price. Prices soon began to fall as the Bank of England sold. As one of his last acts as president in 1960, Eisenhower tried to suppress gold demand further by making it illegal for Americans to buy the metal overseas — an extension of Roosevelt's 1933 ban on American domestic holdings of gold. By March 1961, the gold price had been strong-armed back to $35.10.

Fearing another gold rush in October 1961, Western central banks formalized a plan by which they pooled together several hundred million dollars worth of gold, this stock to be mobilized to control the London gold price. Thus was born the famous London gold pool. The pool became an active buyer of gold when the London price fell below $35.08 an ounce and a seller at $35.20.3 In its first test — the week of the Cuban Missile Crisis in October 1962 — the pool effectively supplied the London market despite demand for the metal being greater than the 1960 gold rush. Prices could not penetrate $35.20. The pool's reputation strengthened: gold would stay benign and near $35.08 for the next few years.

In 1963 and 1964, the United States would lose only small amounts of gold reserves to foreign central banks, and the London pool bought gold to support its price rather than suppressing it. Bretton Woods, the dollar, and the $35 fix seemed safer than ever. But with the Gulf of Tonkin incident in late 1964 and the acceleration of the Vietnam war in 1965, US foreign military spending exploded. This was compounded by President Lyndon B. Johnson's expensive Great Society project, paid for in part by the Federal Reserve issuing new money to buy government debt.

The balance-of-payments deficit grew ever faster, and the United States lost more gold reserves to dollar-laden foreign central banks exercising convertibility and through gold-pool sales in London. US gold reserves resumed their downward trajectory, declining by 9% in 1965. At the same time, speculators were buying gold in record numbers in London, forcing price up to $35.20, the London pool's line in the sand.

Things only got worse with the exit of the French from the gold pool in early 1967, tensions in the Middle East, and the collapse of the British pound in November 1967. The Tet offensive of early 1968 indicated the US commitment to Vietnam would only grow. Speculators bought en masse in London through the remainder of 1967 and into March 1968. By March 14, the members of the gold pool, having sold about $2.75 billion worth of gold to protect the $35.20 ceiling, or about 10% of the member's total reserves since the pound's devaluation, had had enough.4 They asked the Queen of England to close the London market the next day and dissolved the once-feared gold pool. When London reopened two weeks later, without suppression, prices immediately vaulted up to $38 and would soon rise to $42.

Reviewing this period in gold's history makes evident the extreme difficulties experienced by the monetary authorities in controlling the price of gold. The typical flat $35 line on charts gives the illusion that the dollar was a stable store of value. In actuality, market prices diverged from $35 — and dramatically so in 1960. The attempt to fix the dollar at 0.888671 grams and gold at $35 — this while the dollar's purchasing power had declined versus all other goods — was a losing battle carried out at great expense. The United States and its allies would sell huge quantities of gold at prices below what a free market would have borne. In 2009, amidst some of the largest central-bank rescues and bailouts in history, let the 1960 gold rush and the eventual collapse of the London gold pool in 1968 stand as a reminder to us that central planning of monetary matters is doomed to fail.