The Logical Beauty of Libertarianism 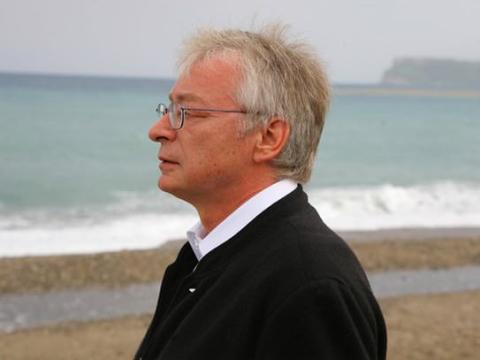 Would the change from a statist to a libertarian society help or hinder the production of high culture?

Hoppe: A libertarian society would be significantly more prosperous and wealthy and this would certainly help both low and high culture. But a free society — a society without taxes and tax-subsidies and without so-called “intellectual property rights” — would produce a very different culture, with a very different set of products, producers, stars, and failures.

Given that libertarian communities could freely banish dissenters for disagreeing with any given opinion, would there be more or less free intellectual discussion in a libertarian world as opposed to ours? And as opposed to a world composed of traditional monarchies?

Hoppe: Private property entitles its owner to discriminate: to exclude or include others from his property and to determine the conditions of entry and inclusion. Both inclusion and exclusion have associated costs and benefits for the owner, which he weighs against each other when he makes his decision. In any case, the owner’s decision is motivated by his concern for his property and by reason. His reasoning may turn out correct and he reaches his goal or it may turn out wrong, but in any case, the owner’s is a reasoned decision.

The founder and developer of a private community, then, would not likely discriminate and exclude based on mere differences of opinion. Or if he did he would not likely attract more than a guru’s following as subscribers. Typically, discrimination will be based on differences in conduct, expression and appearance, on what people do and how they act in public, on language, religion, ethnicity, customs, social class, etc. The owner discriminates in order to achieve a high degree of homogeneity-of-conduct in his community and so avoid or reduce intra-communal tension and conflict — in economic jargon: to reduce transaction costs; and he does so in the expectation that his decision will be good for his property and community.

In any case, in a libertarian world there would indeed be far more discrimination than in the present statist world, which is characterized by countless anti-discrimination laws and, consequently, ubiquitous forced integration. In particular, whatever other criteria may be used for inclusion or exclusion, in a libertarian world, for instance, no private community owner would want to tolerate — and not discriminate against — communist or socialist activists on his property. As enemies of the very institution on which the community rests, they would be excluded or expelled — but they would of course remain free to establish their own communist commune, kibbutzim, or whatever other “lifestyle experiment” they come up with.

In sum and to finally answer your question, then, a libertarian world would be characterized by a far greater variety of different, but internally relatively homogeneous communities, and consequently the range, diversity, and vigor of intellectual discussion in all likelihood would far surpass anything experienced presently or at any time in the past.

Do libertarian political and ethical positions have any relation to certain aesthetic and artistic judgments? Is there any incoherence in a libertarian who is a lover of, say, Soviet Realism?

Hoppe: From a purely logical point of view, libertarianism is compatible with each and every aesthetic and artistic style or judgment. I am not the first one to notice, for instance, that famous libertarian Ayn Rand’s artistic work displays a striking stylistic resemblance to Socialist Soviet Realism. Similarly, I have seen it possible to be a “perfect” libertarian and never aggress against anyone’s person or property, and yet be an all-around useless, unpleasant or even rotten fellow.

Psychologically matters are different, however. Here, in the realm of psychology we sense that life as a peaceful bum or as a lover of Soviet Realist art is somehow incompatible and at odds with the life of a self-conscious libertarian. When we see such conduct or taste displayed in a professed libertarian, it causes us emotional or aesthetic distress and dissonance. And rightly so, I believe. Because the human experience is characterized by the integrated whole of three abilities: of the recognition of truth, of justice and of beauty. We can distinguish between true and false, we can distinguish right from wrong, and we can distinguish between the beautiful (and perfection) and the ugly (and the imperfect) — and we can speak and reflect on all three notions. A whole and complete human life, then, should not only be truthful and just, it should also be a good life. Maybe not beautiful and perfect, but a life striving toward beauty and perfection. An exemplary, morally and aesthetically uplifting and inspiring life. It is here, where the peaceful bum and the Soviet-Realism-lover are lacking.

Alternatively, does art have a role to play in shaping political and philosophical ideas? Can this be done other than as propaganda for a given ideology?

Hoppe: The purpose of the visual arts and of music is the creation of beauty in all its manifestations. It has no further philosophical implications. Yet beautiful art and music and libertarianism have one important commonality. Libertarianism, too, is beautiful. Not aesthetically, of course, but logically, as a simple and elegant social theory.

As for the wholly or partially discursive — narrative — arts, yes, they can serve as a vehicle for the promotion of political and philosophical ideas. You can call this propaganda. But these ideas can be true and good or false and evil. And although I am not an artsy person, I rather have more artists propagandizing the true and good ideas of private property and of capitalism as Ayn Rand, for instance, and fewer artists propagandizing the false and evil ideas of public property and of socialism as, let’s say, Bertolt Brecht. But a philosophical agenda is neither necessary to make for art — one can also tell a story for its own sake. Nor is a philosophical purpose sufficient to make for art. To make for art, a narrative must above all be characterized by truthfulness (in the widest sense of the term), by intelligibility, logical coherence, a mastery of language, expression and style, and a sense of humanity and of human justice: of agency and the intentional and the non-intentional in life, of right and wrong, and good and bad.

Do the ideas discussed by intellectuals have any practical effect on the history of human society?

Hoppe: I am no fan of J. M. Keynes. But when he said, that “the ideas of economists and political philosophers, both when they are right and when they are wrong, are more powerful than is commonly understood. Indeed, the world is ruled by little else. Practical men, who believe themselves to be quite exempt from any intellectual influence, are usually the slaves of some defunct economist,” he was right. In fact, Keynes is the very defunct economist, pronouncing wrong ideas at that, to whom the practical men of today are intellectually enslaved.

Hoppe: That depends on the intellectual. Academic life can be very comfortable for someone spouting forth politically correct leftist platitudes for years on end. On the other hand, for an Austro-Libertarian — and even more so a culturally conservative Austro-Libertarian — academic life is difficult and often maddening. With persistence and some luck you can make it and survive, but if you don’t sell out or at least shut up, you should be prepared to pay a price.

Nowadays, however, thanks to the Internet, you can also survive as an intellectual outside official academia. With minimal entrance-cost the competition is fierce, but the opportunities seem boundless. Encouragingly, there are already quite a few Austro-Libertarian intellectuals today, who have earned prominence and money via this route.

If you could magically change one belief in the minds of all people in present societies, what would it be and why?

Hoppe: I agree in this with my principal teacher, mentor, and master Murray Rothbard. I would only want people to recognize matters for what they truly are. I would want them to recognize taxes as robbery, politicians as thieves, and the entire state apparatus and bureaucracy as a protection racket, a Mafia-like enterprise, only far bigger and more dangerous. In short: I would want them to hate the State. If everyone believed and did this, then, as É. de la Boétie has shown, all power of the state would almost instantly vanish.

Hoppe: Habermas was my principal philosophy teacher and Ph.D. advisor during my studies at the Goethe University in Frankfurt am Main, Germany, from 1968-74. Through his seminars I became acquainted with British and American analytical philosophy. I read K. Popper, P. Feyerabend, L. Wittgenstein, G. Ryle, J.L. Austin, J. Searle, W.v.O. Quine, H. Putnam, N. Chomsky, J. Piaget. I discovered Paul Lorenzen and the Erlangen School and the work of K.O Apel. I still believe that this was a pretty good intellectual training.

Personally, then, I have no regrets. As for Habermas’s influence on Germany and German public opinion, however, it has been an unmitigated disaster, at least from a libertarian viewpoint. Habermas is today Germany’s most celebrated public intellectual and High Priest of “Political Correctness”: of social democracy and welfare-statism, of multi-culturalism, anti-discrimination (affirmative action) and political centralization spiced, especially for German consumption, with a heavy dose of “anti-fascist” rhetoric and “collective guilt” — mongering.

Is it worthwhile to read literature? What is your favorite literary book?

Hoppe: This everyone must decide for himself. Personally, I have never read much literature. If I want to do some “lighter” reading, I typically read history, including historical novels, biographies, or literary and cultural criticism à la H.L. Mencken or Tom Wolfe.