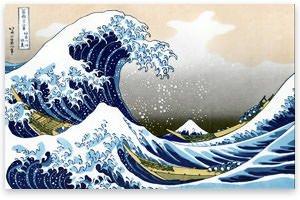 The Federal Reserve Bank has now undertaken unprecedented measures intended to "stimulate the economy." The federal funds rate is now set at 0.0 to 0.25%. This move by Federal Reserve Chairman Bernanke should be considered alarming for several reasons.

First, this interest-rate reduction indicates that Federal Reserve economists are genuinely panicked regarding current economic conditions. Given that Chairman Bernanke and his staff are better informed than even most economists (let alone the public) and capable of differentiating good news from bad, this is cause for concern.

Second, this interest-rate reduction indicates that Chairman Bernanke and his staff are incapable of differentiating between good policy and bad policy. The Federal Reserve is pursuing a policy of inflation out of an erroneous fear of deflation. This is not to say that deflation is itself unlikely, but rather that the consequences of deflation are not what Chairman Bernanke expects.

Chairman Bernanke appears to be following the advice of recent Nobel Laureate Paul Krugman. According to Krugman, we have fallen into the "liquidity trap" as described by economist John Maynard Keynes. There are, however, real differences between what Keynes wrote and what Krugman now advocates. According to Keynes, when the "rate of interest has fallen to a certain level" where "almost everyone prefers holding cash to holding debt which yields so low a rate of interest," central banks can "lose effective control over the interest rate" (Keynes 1936, p. 207).

Keynes's liquidity trap represents a process whereby the public prefers cash to bonds. The public therefore responds to increases in the money supply in a way that neutralizes its effects; in other words, when the Federal Reserve increases the money supply, people increase their cash holdings in direct proportion to that increase.

Recent events indicate that the liquidity trap, as described by Keynes, does not exist. Keynes's theory suggests that in depressed economic conditions interest rates bottom out at some low-but-positive level. The actual reason for this is that people will want to avoid capital losses at some future date when interest rates rise. People therefore refuse to hold bonds at or near a rate of zero.

If this were true, the public would wield veto power over Federal Reserve policy. However, this appears not to be the case. The Federal Reserve has not lost control over short-term rates, even as they approach zero. The Federal Reserve is now looking at depressing long-term rates, and it is not at all clear that they will hit any minimum boundary if or when they drive these rates down. Contrary to what Professor Krugman has asserted, recent experience contradicts Keynes's theory of the liquidity trap.

Professor Krugman has, however, described a somewhat different type of liquidity trap. According to Krugman, increasing the money supply will fail to stimulate the economy in depression conditions. This is the same claim made by Keynes, but Krugman allows for the scenario where the Federal Reserve drives interest rates down to zero. At or near zero-percent interest rates, "some money is now held merely as a store of value, indistinguishable from bonds. And in that case any further increase in the money supply will have no effect; the economy will, in fact, be in the liquidity trap." In contrast to what Keynes wrote, Krugman allows for a situation where the public is indifferent between debt and cash. If short-term debt yields very little or no interest, then holding it generates the same return as ordinary cash or checking deposits.

There are three problems with this analysis.

Krugman has not explained why people would simply hold either cash or short-term debt in any amount produced by the Federal Reserve or other institutions. Krugman notes that the Federal Reserve must commit to holding interest rates low even after the recession ends (and inflation soars) in order for monetary policy to be effective. Here Krugman holds the wrong view of the right issue. The effects of Federal Reserve policy depend upon expectations in the cash/debt-holding public.

Krugman has erred by framing his discussion where the public considers only holding cash or debt and future and current prices. In his theory, the supply of actual consumer goods "drops as manna from heaven, so that consumption in each period is a given." In other words, capital does not exist in his theoretical world. This is an especially strange proposition in a theory that centers on explaining interest rates.

Even if Krugman is correct about the way the public would react to zero-percent interest rates, the fact remains that his theory is far enough from reality to render it irrelevant. Federal Reserve policy directly affects both consumer and business lending. While at this time businesses and banks are being cautious about lending, credit does continue to flow. The artificially low interest rates imposed by the Federal Reserve change the relative return on shorter- and longer-term business investment, as well as the relative return on short- and long-term consumer credit. Krugman merely assumes out of existence the possibility that low interest rates cause intertemporal discoordination. John Maynard Keynes made the exact same mistake in his lesser-known book A Treatise on Money.

Friedrich Hayek discredited Keynes's earlier book by pointing out that Keynes had attempted to explain money, interest rates, and cycles without addressing capital theory. Keynes advanced beyond his earlier book by incorporating his own crude theory of "the marginal efficiency of capital" into his famous General Theory of Employment, Interest, and Money. Keynesian theory, despite many faults, has not completely ignored capital. What Professor Krugman has done is to take Keynesian theory back to its capital-free roots. His theory is therefore incapable of addressing potential problems with how the business community will react to Chairman Bernanke's extreme interest-rate policy.

The idea that prices are "sticky" and do not fall as demand falls should come as great comfort to homeowners. According to Krugman, housing values have not fallen. This is, however, bad news for consumers. The theoretical existence of sticky prices means that they have not actually found bargains during this shopping season. The fact of the matter is that many prices are falling, contrary to Krugman's assumption.

A final problem with Professor Krugman's assessment of our current situation is that he has ignored an important recent change in Federal Reserve policy. As of October 9, the Federal Reserve began paying interest on excess and required reserves. Professor Krugman is quite correct in his recent remarks regarding the buildup of excess reserves in US banks. He is wrong, however, to assume that this is evidence of a "liquidity trap" in the US financial system. Why should US banks go to the bother of loaning out all of their increased reserves to gain interest if the Federal Reserve is already paying them interest on their reserves? 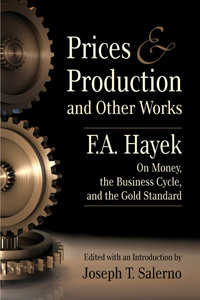 The bottom line with Krugman's analysis is that he believes that current expenditures must be subsidized with negative interest rates if aggregate demand is to increase. This is impossible in his theory because at an interest rate of zero, bonds and money are perfect substitutes, and the public does not trust the Federal Reserve to allow for inflation after this recession ends.

The Federal Reserve has not actually stumbled into either a Keynesian or Krugman-type liquidity trap. The Federal Reserve has actually created an "inflation trap," whereby today's low interest rates have set us on a course of a future inflationary credit boom, which will be followed by either higher interest rates or hyperinflation and a subsequent crisis. Fortunately, banks have not unleashed the massive amount of reserves that now exist in the banking system.

To many economists, the fact that the Fed has loaded banks with reserves without dramatically increasing actual credit is a good thing. But this view overlooks the problems caused by artificially low interest rates, as well as the potential for banks to convert their excess reserves into loans, as banks perceive gain by substituting loan interest for interest paid on reserves by the Fed.

D.W. MacKenzie teaches economics at the Coast Guard Academy. The views expressed in this paper do not represent the official views of the Coast Guard. Comment on the blog.

Hayek, F.A. 1931 "Reflections on the Pure Theory of Money of JM Keynes." Economica.

Keynes, J.M. 1936 The General Theory of Employment, Interest, and Money.

Krugman, P. December 17, 2008. "A Whiff of Inflationary Grapeshot." The Conscience of a Liberal.