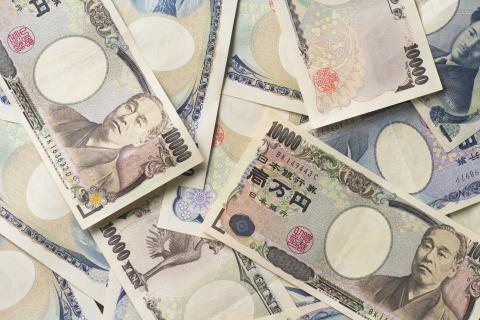 As concerns are raised about the risk of the Japanese economic malaise spreading to the U.S. and elsewhere, some commentators have tried to revitalize the old Keynesian idea of the "liquidity trap."1 Although the trap itself follows from the J.R. Hicks IS-LM analysis, the basic idea is borrowed from J.M. Keynes.2 In fact, Japan has not been in such a trap in the years following 1990. The whole idea of the trap is gravely flawed.

According to Keynes, the relation between investment and Marginal Efficiency of Capital (MEC) is negative. Writes Keynes, "[t]o induce new investment 'the rate of return over cost must exceed the rate of interest'," referring to the words of Irving Fisher who "uses his 'rate of return over costs' in the same sense and for precisely the same purpose as I employ 'the marginal efficiency of capital'."3

"The rate of interest at any time, being the reward for parting with liquidity, is a measure of the unwillingness of those who possess money to part with their liquid control over it. The rate of interest is not the "price" which brings into equilibrium the demand for resources to invest with the readiness to abstain from present consumption. It is the 'price' which equilibrates the desire to hold wealth in the form of cash with the available quantity of cash."4

And because investors will be indifferent between holding cash and investing, investment collapses. According to these Keynesian ideas, if for some reason investment, output, and employment fall, there is a call for the government to intervene and lower the interest rate. Alternatively, the government could print money, since "[t]he expectation of a fall in the value of money stimulates investment."5 Also, fiscal measures like tax cuts and public deficit spending could be recommended, where the latter is preferred because of a larger multiplier effect.

Thus, when some commentators put forward the liquidity trap as an explanation of the Japanese problems from 1990 onward, they are implicitly assuming that there is a negative relation between the rate of profit and investment. According to this view, when investment rises, profit falls, and when investment falls, profit rises. Let's see if this relation holds for Japan in the 1990–2001 period.

Figure 1 shows the rate of profit, both actual and forecasted, and the changes in the volume of operating profits in Japan 1990–2001 (left axis). The figure also shows the percent changes in the net investment for the same period (right axis). As the figure reveals, the relation has been far from negative. Rather, the data reveals that the relation is positive. When investment falls, profit falls, and when investment rises, profit also rises.

The evidence is conclusive—Japan hasn't been caught in a liquidity trap.7 Moreover, since the relation has been positive rather than negative in what is believed to be the schoolbook example of a liquidity trap, clearly refuting the trap idea itself, the evidence should end all discussion about the risk the trap could spread to the U.S. and elsewhere. In addition, the fact that the relation has been positive rather than negative, implying that the MEC and IS curves should generally be sloping upward instead of downward, the foundations of the Keynesian and Hicksian IS-LM analysis are shaken or even collapsing.

The unrealistic assumptions of the IS-LM analysis help explain why Krugman (1998b) has such problems of applying the liquidity trap to Japan. For example, he changes investment on the horizontal axis to consumption, i.e. the exact opposite of investment. In a way, this could be seen as indication of the fact that Krugman also has come to see that the Keynesian ideas need serious revision (although perhaps of another kind than the one suggested by Krugman).

Figure 1 – The rate of profit, both actual and forecasted, and the changes in the volume of operating profits (left axis) vs. the changes in net investment (right axis), Japan 1991–2000.

Sources: The Bank of Japan Tankan—Short-term Economic Survey of Enterprises in Japan (rate of profit) and the Economic and Social Research Institute (net investment and volume of operating profits).

It is highly unfortunate that the Keynesian ideas have dominated the monetary and fiscal policies pursued in Japan during the period under scrutiny, including interest cuts down to zero, serious monetary pumping and assorted fiscal measures. It should come as no surprise to the reader that these policy measures have utterly failed. But as I argue in a recent report (Johnsson 2003), these Keynesian measures were not only ineffective, and not only worsened things, but even managed to turn a favorable development of the mid 1990's around. The end result of these Keynesian monetary and fiscal policies was exactly the terrible situation one perceived one was combating!

The Keynesian policy measures will not work in the future either, despite the advice of Neo-Keynesians like Nobel laureate and former World Bank chief economist Joseph Stiglitz or popular economist Paul Krugman.9 Keynes wrote in the preface to his General Theory that "I cannot achieve my object of persuading economists to re-examine critically certain of their basic assumptions except by a highly abstract argument and by much controversy."

He ends the same preface by stating that "[t]he difficulty lies, not in the new ideas, but in escaping the old ones." Maybe these words have taken on a new meaning, this time meaning that it is Keynes' own ideas we have to escape? Or as Reisman (1996) puts it: "The Keynesian analysis is so wrong that it is beyond redemption. The one, fundamental change that is needed is its total abandonment."