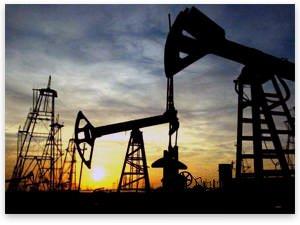 I use quotation marks because this title is not mine: it is Tony Hayward's. While launching British Petroleum's Statistical Review of World Energy,[1] his Chief Executive gave a most interesting explanation of (one of) the reason(s) the price of oil went up (indeed!) in the past months and, consequently, of how this underlying problem could and should be solved.[2]

First, Hayward begins, "the data clearly show that high prices are really caused by economic fundamentals," i.e., supply and demand. Which means that, contrary to what is written, said, and thought daily, technical factors such as speculation only account for a little of the recent upward trend of oil price.

Then, what about the demand? Interestingly, Hayward points out that "demand growth is concentrated in those emerging nations that also subsidize fuel prices, such as China, India, and — increasingly — the oil-producing nations themselves." In contrast, the data in BP's review show that "consumers in Europe and North America are already responding to high prices by moderating demand. They are also beginning to embrace energy efficiency." Well, ceteris paribus, when prices go up, demand goes down — "ceteris paribus" meaning, for instance, when prices are not subsidized. That's Economics 101. And yet, this shows that "where markets are allowed to operate, they do work."

But what about the supply, i.e., oil production? Econ 101 also tells us that, when prices go up, supply, ceteris paribus, follows. But does oil production increase sufficiently? Does it respond to consumers' preferences? As with consumption, one has to distinguish two cases here.

Case one: where markets are allowed to work.

In this case , as data show, energy production does increase sufficiently — e.g., in the United States, where oil production increased in 2007, "for the first time since 1991."

Logically, consumption's downward trend and production's upward trend, both due to rising oil prices, should meet — and secure the energy needs of the 21st century. Logically, yes, but…

Case two: where markets are not allowed to work.

The recent upward trend of oil prices, Hayward explains, is mainly accounted for, not by speculation, but by falling production. "Production by the Organisation of the Petroleum Exporting Countries," he writes, "fell by 350,000 barrels of oil a day last year."

An unsatisfying though common answer is that this problem is not one of "possibility on earth," but below — not a logical problem, but a geological one. This is, for example, the "peak oil" argument, according to which the amount of oil that can be extracted in a given year is reaching definitive limits, given that the cushion of surplus production capacity is very limited.

This answer is unsatisfying because it presents the oil surplus production capacity (OSPC) as a known and given datum. But the global OSPC is everything but a "cushion" upon which our future energy needs would be sitting. It is not some sort of objective stock waiting to be exploited.

It is not the earth's capacity to deliver more oil, but our capacity to extract more oil from it.

Assuredly, extra oil extraction implies not only extra, but escalating costs, because of increasing difficulty and investments needed. This means that the world's oil surplus production capacity depends on consumers' willingness to face rising prices. But — and here is the main point — one could speak of optimum oil price and production capacity if and only if investors were free to adjust the balance between supply and demand. Nevertheless, Hayward states, they are not, and this is the above-ground reason why global oil production does not respond efficiently to rising oil prices: because the market is not free to work — because investors are not free to invest in surplus production capacities, not free to adjust supply to demand (i.e., to satisfy consumers), and not free to profit from it.

To the contrary, "where investment is allowed to take place," Hayward writes, "energy production responds positively." The whole thing is quite simple — Economics 101, really: "high prices are saying that we need more investment…" and "companies know that they need to invest more, which is why BP and its peers have been raising capital expenditure substantially."

The problem is — surprise! — that "access to resources for international oil companies such as BP remains very restricted. Resource nationalism is on the rise. That is important because it is the oil majors that have some of the best technology for bringing difficult resources on-stream."

With about a half-a-century's worth of proven oil reserves, the problem is not in bringing on new production. Resources are ample. "The problems are not so much below ground as above it," i.e., "not geological, but political." The problem is that governments forbid access to resources that they themselves fail to manage properly,[4] and they impose barriers on private companies' investments in surplus oil production capacity — i.e., to the satisfaction of consumers' energy needs.

As Justin Fox points out in an article published by Time magazine, ExxonMobil, lacking access to countries amenable to oil exploration, has invested less in finding new oil in 2007 that it did back in 1981.[5]

[4] In its 2007 annual report, the Organization of Petroleum Exporting Countries projected that it could stabilize the price of oil at around $50 per barrel until 2030… But state-owned Saudi Aramco has, unsurprisingly, proven unable to exploit efficiently its monopoly on the world's largest crude oil reserve.