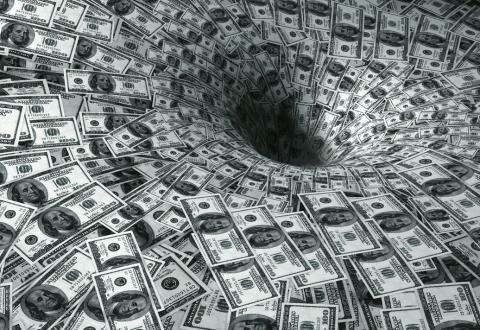 It's one thing to criticize Paul Krugman for his views on Austrian economics, but only a brave soul would have the temerity to question Krugman's discussion of the Keynesian approach to international trade, right? Since Krugman is the world's most famous living Keynesian, and he won the Nobel (Memorial) Prize for his work on trade theory, accusing him of a basic error on this score would be akin to telling Madonna she knows nothing of pop music.

Even so, in a recent blog post Krugman's advocacy for deficit spending leads him to commit a basic fallacy when discussing economic output and trade. What's really ironic is that Krugman has previously exposed this particular fallacy when others made it! That the master Keynesian was vulnerable to such a naïve mistake justifies the Austrian warning that focusing on equations of aggregate variables is the wrong approach in economics.

A Washington Post editorial had called for lowering trade barriers as a way to stimulate the US economy and create jobs. Krugman thought this was a nonsolution:

There are a lot of good things you can say about international trade. But it does not, repeat not, do anything to alleviate a shortage of overall demand. Yes, if you liberalize trade countries will export more. But they will also import more. If you're worried about C+I+G+X−M, it's a wash, because X and M rise equally.

Which makes this WaPo editorial on things Obama should be doing about jobs truly bizarre. Even if the proposed trade deals with Korea and Colombia were remotely big enough to bear mentioning in the context of the crisis — which they aren't — they wouldn't be job creation measures.

Now, I am not here to defend or reject so-called "free-trade agreements" that consist of hundreds or even thousands of pages of minute trade regulations. But Krugman isn't rejecting the WaPo suggestion on that score; he is accepting the basic premise that the deals truly would liberalize the flow of goods across borders, and he is arguing that the Keynesian "national accounting identity" equation [Y = C + I + G + (X − M)] shows that freer trade won't create jobs.

I have read Krugman's post a few times to make sure I'm not missing something, but I must confess I think he is committing a very basic error. Specifically, he is confusing the Keynesian accounting identity with a causal theory of how changes in one of the variables lead to changes in the other variables. It is particularly ironic that Krugman has made this mistake, since he shredded it when someone else made the same mistake (in a different context).

A final note before I dissect Krugman's error: In this article I am conceding the basic Keynesian framework, just for the sake of argument. Elsewhere I have shown that the entire notion of trying to artificially "create jobs" through government programs is a bad idea, because recessions are the market's way of reallocating resources after an unsustainable boom. But in order to isolate Krugman's particular mistake, I want to correct him using the standard Keynesian approach.

The Keynesian view says that one way to measure total economic output (Y) is to add up total spending on consumption (C), investment (I), government purchases (G), and net exports (X − M). This leads to the equation:

To repeat, this is not a "theory" of the macroeconomy, it is a truism of accounting. Because goods are diverse, the only way to aggregate them in order to come up with a figure like "total output" is to add up their money prices. So if "total output" is just the total amount of money that producers are receiving, then this number must be the same as the total amount of money that purchasers are spending. That's why the left side of the equation must equal the right side.

The first three components are straightforward enough, but the "net exports" component is a bit tricky. The idea here is that domestic consumption and investment expenditures need to be adjusted for international trade, in order to isolate the output that was actually produced domestically. That's why imports (M) — which are so labeled to avoid confusion with investment — are subtracted on the right side. It's not that an import per se destroys output, but rather that if an American buys a TV (consumption) or a forklift (investment) that was actually produced abroad, then we need to subtract out that expenditure from C or I because it does not reflect output produced in the United States.

On the other hand, if foreigners are spending money on consumption or investment goods produced within the United States, then this spending on US exports (X) needs to be added, because the first three components (C, I, and G) wouldn't have already captured it since they only look at domestic expenditures.

Now that we understand the logic behind the Keynesian macroaccounting identity, we can illustrate Krugman's basic mistake.

Krugman Confuses a Tautology With Causality

The huge danger in focusing on this equation is that it very often misleads people into thinking that the way to increase output is to try to raise one of the variables on the right side. But this is a fallacy! It's correct that the accounting identity must always be true, but it can remain in balance if a different variable on the right side falls.

For example, Keynesians often invoke this equation to argue that increases in government spending are necessary to "fill the gap" when private consumption and investment are below "potential GDP." They are naively assuming that boosting G on the right side of the equation will necessarily lead to an increase in Y on the left side. But that relies on the Keynesian theory of how the macroeconomy works; it doesn't follow from the identity itself. No, the identity is equally consistent with a Chicago School–type argument that says boosting G will simply lead to a dollar-for-dollar drop in C or I, leaving output Y unchanged.

In our present context, Krugman has argued that lowering trade barriers will (in general) raise X and M equally, and so this can't possibly change the left side of the equation.1 But that is wrong; it assumes that domestic consumption and investment spending will not themselves be influenced by the reduced trade barriers. Since the standard case for free trade restson the demonstration that it will increase per capita income, it is simply amazing that Krugman failed to realize this before firing off his blog post.

So Would Cutting Off All Trade Leave World Output the Same?!

To make the fallacy crystal clear, we can reverse Krugman's argument. Suppose governments around the world proposed to completely seal their borders and eliminate trade altogether. If Krugman is right, that should have no effect whatsoever on world output, and hence on the amount of workers necessary to produce all those goods and services.

It's true, every country's export sector would be devastated, but this fall in X would be exactly counterbalanced by a fall in M. Or more accurately, the countries with a trade deficit would see their output rise, but the countries with a trade surplus would see their output fall. There is no trade deficit for the world as a whole, so the two effects would cancel across all countries.

We'll close with a numerical example to drive home the point, and to show that Krugman is wrong even within the Keynesian framework. To repeat, I'm not merely arguing in this article that Krugman's Keynesian logic "must be crazy," since it "proves" that liberalizing trade can't help an economy mired in recession. No, I'm saying that the standard Keynesian tools do allow us to express that liberalizing trade can in fact help in a recession, but Krugman, in his zeal to attack the WaPo editorial, abused his own tools.

Imagine a small but productive island nation, similar to Hong Kong, which has an enormous export sector. Its Keynesian parameters have the following values:

Thus the GDP of our island nation is $100 billion, which is consumption plus investment plus government spending, plus the $1 billion in net exports.

Now suppose that a rival nation surrounds the island with warships and completely seals it off from international trade. According to Krugman's logic, we should expect GDP to fall 1 percent, down to $99 billion. Now some of the islanders might say, "Huh?! How the heck are we supposed to even eat if we lose our access to the world economy? We have no oil or other natural resources, and we import most of our food. If we can't trade, our cars and trains will come to a standstill and everyone will have to cut meat out of his diet."

Krugman would laugh at such medieval, verbal reasoning. He would patiently explain to the frightened islanders that the numbers don't lie. Yes the economy would lose $100 billion in exports, throwing all those people out of work, but domestic consumers would have to switch their demands away from the $99 billion they previously spent on foreign goods. Net exports only contributed $1 billion to GDP before the blockade, so the complete cessation of trade wouldn't have much of an impact. Right?

No, of course that's not right. After the blockade is put into place, we ask macroeconomists (before they starve) to tabulate the national accounting identity one last time. This is what they report:

Rather than the 1 percent drop Krugman had forecasted, GDP actually fell a shocking 80 percent, down to $20 billion. No businessperson in his right mind is investing in this environment; the government has had to slash its spending because of the collapse in revenues; and consumers have scaled back their purchases to an extreme austerity budget. The island is devastated by the naval blockade. Duh! Of course it is: that's why warring countries blockade each other.

In closing, let me reiterate: The Keynesian accounting identity is still true. Output is now $20 billion, and, yep, the math checks out — adding up the new variables yields $20 billion.

Where Krugman's logic failed was his assumption that changes in trade barriers would only affect X and M, leaving C, I, and G the same. That assumption is wrong.

In the real world, erecting higher trade barriers will reduce economic output in both countries, whereas reducing trade barriers will lead to greater output. For a country mired in recession, new trade opportunities raise the productivity of labor and allow unemployed workers to be integrated back into the economy more quickly than they otherwise would be. If the government wants to stimulate job creation, cutting trade barriers is a good idea.