Keeper of the Secret? | Mises Institute
Skip to main content

GET NEWS AND ARTICLES IN YOUR INBOXPrint
A
A
Home | Mises Library | Keeper of the Secret?

Keeper of the Secret? 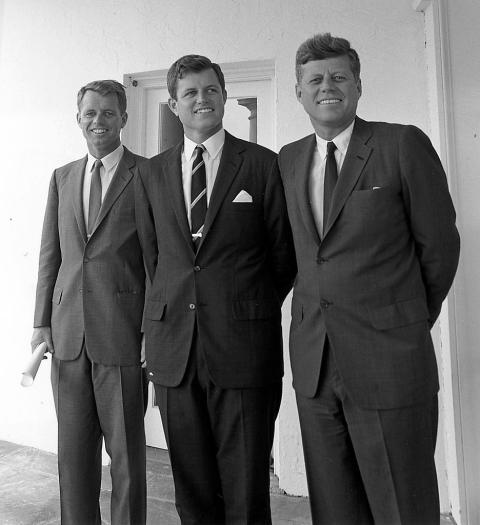 The recent deaths of John F. Kennedy, Jr., his bride, and her sister, are tragic for their families, their friends, and the staff at George Magazine. For all of the media hype, however, it is not a national tragedy any more than it is a national calamity that several other private pilots died in crashes on the same day.

Of course, the sudden death of a celebrity will always arouse more interest than the passing of someone who is obscure, and JFK, Jr., and his wife were always in the public spotlight. But in reality, their deaths will change almost nothing in our own lives.

The untimely passing of this young man, however, reminds us of another tragedy, one more subtle but surely more injurious to the national health. That misfortune is the continuing belief that some of those who have died "before their time" were the keepers of the secret of how to make socialism work, and that their deaths have left the rest of us with no hope that we can have the Great Socialist System managed by an Enlightened Elite.

During the first wave of hype which followed news of the crash, an American University professor of history told MSNBC's Brian Williams that the nation "had lost hope" with the assassination of President Kennedy in 1963. Hope was regained only with the ascension of his son into the public eye, he added, and now the people of the United States will have to struggle once again. That someone with an earned doctorate in history actually believes this says more about American University than it does the country's state of affairs.

Members of the media certainly have been pushing a similar view. Today's Katie Couric spoke of the "golden years of Camelot," which is what the media calls the years of the Kennedy presidency. Other commentators spoke of the "lost hope" with the assassination of Bobby Kennedy in 1968.

During that election campaign, Bobby Kennedy embraced not only union activist Caesar Chavez, but also embraced the most anti-private property agenda by a Democratic presidential candidate since Franklin Roosevelt. Had not Teddy Kennedy driven off the Dyke Bridge on Chappaquiddick Island in July 1969, many believe that the youngest of the Kennedy brothers might have been elected President of the United States. If that is true, then one can surely say that Mary Jo Kopechne died for her country.

What we have heard in the media both from academics and talking heads is that the Kennedys have been the keepers of the secret. Their dedication for "public service" make government attractive, and, in turn, allows Americans to use the state as a low-cost and highly effective means of solving social problems. Socialism, or at least a society in which the state is pre-eminent and beloved by all, can be possible if all of us follow the Kennedy ideal and serve our fellow citizens just as they have done.

For the past century, statists have assured us that socialism can be successful, provided the right leaders are in place. However, if those leaders die before their time, then we are left to struggle until the next "keeper of the secret" appears.

Lenin's death in 1924, we are told, truncated the success of the Bolshevik Revolution and led to the rule of Josef Stalin, who led true socialism astray. Even before Lenin, some socialists believe that the killing of the marxist Rosa Luxembourg in Berlin in 1919 kept successful socialism from appearing in Germany. Luxembourg apparently knew the "secret," but was unable to share it with the rest of us before her murder.

The reality of the John F. Kennedy years in the White House was hardly a mythical kingdom of Camelot. Kennedy managed to win the 1960 election with the help of corrupt politicians in Chicago and Texas, along with mobster Sam Giancana, who was recruited by JFK's father Joe. In return, JFK shared Giancana's mistress during his three-year stay at 1600 Pennsylvania Avenue.

Kennedy's presidency gave us the Vietnam War, the needless Cuban Missile Crisis, a full-scale leap into the Keynesian abyss of the New Economics, and a tawdry affair with Marilyn Monroe that ultimately led to her suicide. While the president and his wife, Jackie, cut fine figures on the social scene, his brief term in office started the country down a path from which it has not recovered.

Bobby Kennedy was not satisfied with the wreckage of the JFK-LBJ years and pledged to add to the mess. His campaign was anti-enterprise, anti-private property, and pro-political wealth transfers. He embraced some of the loudest thugs of the labor union movement and made it be known that the peacetime share of government would grow during his administration. Like his brother, Bobby supported intervention abroad and at home. No place was to be safe from the heavy hand of the U.S. Government.

Teddy Kennedy was even more radical than Bobby. After observing the "fruits" of intervention for two decades, he decided in his 1980 campaign for the Democratic presidential nomination that the problem with his brothers had been they did not want enough intervention. Thus, to fight double-digit inflation, he pledged wage and price controls and more power to the Federal Reserve, the very agency bringing about the calamity in the first place. In his concession speech to the Democratic National Convention, he declared, "Instead of tax cuts, what we need are no tax shelters." (At least JFK, Jr., had more sense than that, telling Barbara Walters in a 1995 interview that if he were president, he would enact a large tax cut.)

But what about the Kennedy "commitment to public service"? The problem here is that "public service" is nothing more than a euphemism for politics. However, in Kennedyspeak, Ron Paul is a politician; the three Kennedys in Congress are public servants.

Yet, who better serves the public, Rep. Paul, who takes his oath to the Constitution seriously, or the Kennedys, who never tire of looking for ways to increase the power of the state over the lives of individuals? The answer is easy to those who care for individual liberty.

John F. Kennedy, Jr., by all accounts was an attractive and decent person. His friends seemed to truly care for him, and his conduct both in private and public did not fall to the level of his famous cousins and uncles. He was not, however, the keeper of the secret.

The secret is that there is no secret. Massive government intervention into the lives of individuals will always wreak social havoc no matter if the person behind the controls is the abominable Richard M. Nixon or a handsome member of the Kennedy clan.