GET NEWS AND ARTICLES IN YOUR INBOXPrint
A
A
Home | Mises Library | Jurassic World: Don't Blame It On The Market

Jurassic World: Don't Blame It On The Market 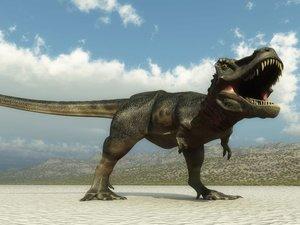 Tags Media and CulturePricesValue and Exchange

In the fourth and latest installment of the Jurassic Park franchise, a theme park containing cloned dinosaurs plays host to horrifying scenes as visitors are preyed upon by reptilian attractions that have eluded the confines of their cages.

The chaos begins after the introduction of a new, ahistorical dinosaur, the Indominus Rex, a chimera cooked up by the park’s scientists. This monster, the film makes clear, is the product of capitalism run amok: simple de-extinction no longer impresses the park’s guests; to keep drawing in paying visitors the dinosaurs must keep getting bigger and meaner — a trend which quickly proves unsustainable.

If we in the real world ever become capable of reincarnating dinosaurs, should we leave the technology in government hands for fear that the profit-driven would, just as in Jurassic World, create overly hazardous attractions?

Private owners assess an operation’s profitability by subtracting their opportunity cost (e.g., what they could earn by selling up and putting the money at interest) from its capital value. Importantly, the capital value is based on the sum of expected future profits. So no private dinosaur park could afford to be shortsighted in its strategizing: to maximize profits, it must strike a sustainable balance between conflicting elements (risk, “wow-factor,” cost). Far from resembling the inexorable outcome of a profit-and-loss system, then, Jurassic World is an exemplary illustration of what not to do if you are concerned by your bottom line.

Instead, private dinosaur parks would aim at two society-pleasing equilibria. The first equilibrium is the profit-maximizing balance between safety and wow-factor. Imagine a placid leaf eater behind an eight foot fence. If we were to substitute this herbivore for a more impressive carnivore, say, a T.Rex, we would quite obviously be doing so at the expense of some safety. Wow-factor and safety move in opposite directions, but consumers value both. Therefore the two must be balanced, an endeavor in which private dinosaur parks would be guided by profit-and-loss signals. They would increase wow-factor and drive down safety only so far as this increased the number of tickets sold, in the process achieving the “optimal” balance between wow-factor and safety (viz., that one which persuades the maximum number of people to voluntarily part with the entry fee).

The second equilibrium relates to balance between cost and safety. Factors of production (fencing, girders, armed guards) would be employed by the park until the marginal value of their contribution fell equal to the price at which they could be bought. The first unit of fencing would provide enormous value: it would allow a basic partition to be erected, without which the park could not hope to attract any visitors. Girders would reinforce the fence, and make escape very unlikely; the park could then foster a favorable reputation in the long term, thereby increasing its capital value/profitability. Additionally, the presence of armed guards would provide further assurance, and encourage still more paying customers to attend. However, beyond a point, additional security resources would provide such little value as to make them unprofitable to buy. They would of course still provide some value, but the price mechanism forces private actors to take heed of the bigger picture; other causes in the economy require these finite resources more urgently. The private dinosaur park, then, would strive to buy only as much security as could be justified by market data.

Get Government Off Our Brachiosaurs!

Governments, on the other hand, don’t worry about profit — they get their revenue not by providing goods and services, but via taxation. And this is why, the argument goes, they should provide dinosaur-amusement-park services: they would not ratchet up risk for profit’s sake; they could run a thoroughly stolid park and never go out of business.

But, as we have already seen, the balance between wow-factor and safety struck by private dinosaur parks would be the one that pleases the maximum number of people. Therefore, if the government were to outlaw the private ones in favor of its own, less-impressive parks, it would override the peoples’ demonstrated preference in the process.

To be sure, no one wants to be eaten by a dinosaur, but that does not mean that no one wants to run the risk thereof. Many parallels exist in our daily lives, but to choose just one: nobody wishes to die in an airplane crash; and yet, people constantly get on airplanes — they accept the risk as a cost worth bearing. So, too, would some people accept the risk of being eaten if it came part and parcel with especially cool dinosaur parks. Unless we also accept bans on flying, driving, skydiving, swimming, eating fast food, etc., we should not in principle accept interference with individual choices regarding dinosaur-viewing.

On the issue of security: should no expense be spared? Impervious to profit and loss, the government dinosaur park could continue hoovering up security resources even after the marginal value no longer justified the price; the result would, of course, be a slightly safer park. However, only someone with a very myopic view could conclude this to be unambiguously good, for in the process of armoring their reptile attraction the government would unwittingly deprive other, more urgent causes in the economy of those same resources. As we have seen a private dinosaur park would instead equate marginal value with price, thereby unconsciously factoring conditions of supply and demand into its decision; it would take a more appropriate quantity of resources, given the relative importance of its end within the context of the wider economy.

We have argued that the incentive to make profit would impel private dinosaur parks to balance safety, wow-factor, and cost in the optimal manner described above. So how, then, do we account for the Indominus Rex of Jurassic World? After all, this monstrosity was concocted by a profit-motivated, private dinosaur park; does this mean that it was in some way optimal?

It should be clear to anyone who watched the film that the Indominus Rex was a dinosaur too well endowed genetically: it presented a risk that was far greater than the majority of visitors would have tolerated ex ante. Therefore, Jurassic World’s operators made an “entrepreneurial error,” an attempt at profit-making gone awry. The balance between safety and wow-factor was ill-struck, and by no means profit-maximizing — Jurassic World will lose many, many prospective guests as a result of the Indominus Rex debacle.

Importantly, the Indominus Rex must not be held against the market per se; we should assess the market not on the basis of individual case studies but rather by the equilibria it inspires. Non-optimal outcomes do occur on the market’s watch, but in spite of (and not because of) its carrot-and-stick regime. The market institutionalizes optimal outcomes; without profit and loss, optimal outcomes could come about only by a fluke.