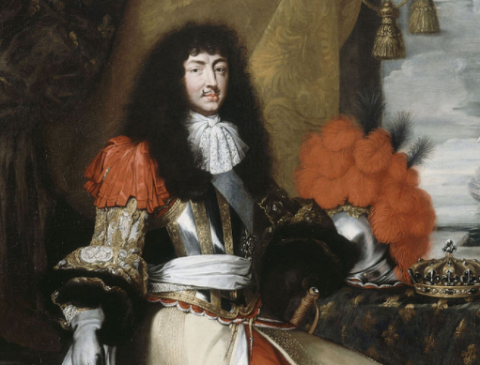 Jean-Baptiste Colbert (1619–83) was no scholar or theorist, but he knew with firm conviction what ideas he liked, and these were the mercantilist notions that had filled the air in France and the rest of Europe for generations. Colbert's accomplishment, while functioning as the Sun King's economic czar, was to put this compendium of mercantilist ideas into effect on a grand scale. Colbert was convinced that the ideas were good, just, and correct, and he fervently believed that any opponent was completely wrong, either ignorant or biased by personal motives and special pleading.

His opponents, such as businessmen who preferred competition or free exchange, were narrow, shortsighted, and selfish; only he, Jean-Baptiste Colbert, had the long-run interests of the nation and the nation-state at heart. Merchants, he repeatedly declared, were little men with only "little private interests."

For example, they often preferred liberty to compete with each other, whereas it is in the "public interest" and the "good of the state" to see to it that all products are uniform in makeup and quality. Colbert was speaking here, of course, of the joint interests of the state — its rulers and bureaucracy — and of cartelists, all of whose private interests were in fact at stake. But although the myth of the "public" was, as usual, a mask for particular individuals and groups, their interests were indeed far grander than those of "little" individual merchants.

The mercantilist ideas of Colbert were familiar: encouraging and keeping bullion in the country so that it can flow into the coffers of the state; prohibiting the export of bullion; cartelizing through compulsory high standards of quality; subsidizing of exports; and restriction on imports until France became self-sufficient. Colbert's ideas on taxation were those of almost every minister of finance everywhere, except they were more clearly and far more candidly expressed: "The art of taxation," he said, "consists in so plucking the goose as to obtain the largest amount of feathers with the least amount of hissing." There is no more dramatic encapsulation of the inherently conflicting interests of the people versus the state. From the point of view of the state and its rulers, the people are but a giant goose to be plucked as efficaciously as possible.

Furthermore, that swelling the coffers of the king and the state was the simple reason for the otherwise silly "bullionist" doctrines of the mercantilists can be seen in this revealing statement of Colbert's to the king:

The universal rule of finances should be always to watch, and use every care, and all the authority of Your Majesty, to attract money into the kingdom, to spread it out into all the provinces so as to pay their taxes.

Like other mercantilists, Colbert warmly embraced the "Montaigne fallacy" about trade. Trade was war and conflict. The total amount of trade in the world, the total number of ships, the total production of manufacturing, was fixed. One nation could only improve its trade, or shipping, or manufactures, by depriving some other country of this fixed quantum. One nation's gain must be another's loss. Colbert gloried in the fact that French trade was growing, allegedly at the expense of misery inflicted on other nations. As Colbert wrote to King Louis XIV in 1669, "This state is flourishing not only in itself, but also by the want which it has inflicted upon all the neighboring states."

In reality, trade and conquest are not akin, but are diametric opposites. Each party to every exchange benefits, whether the exchange is between nationals of the same country or of different countries. Political boundaries have nothing to do with the economic gain from trade and markets. In exchange, one man's gain is only accomplished by contributing to the gain of someone else; just as both "nation" (i.e., people living in certain countries or any other geographical area) mutually benefit from trade between them. Colbert's theories, however, fitted in with deep hostility toward all foreigners, particularly such prosperous nations as England and Holland.

Like other mercantilists, Colbert detested the idleness of others, and sought to force them into working for the nation and state. All vagabonds must be driven out of the country or put to forced labor as galley slaves. Holidays should be reduced, so that people would work harder.

Colbert was unusual among mercantilists in giving special care to bringing the intellectual and artistic life of the nation under state control. The object was to make sure that art and intellect served to glorify the king and his works. An enormous amount of money was poured into palaces and chateaux for the king, the mightiest of which was approximately 40 million livres on the great, isolated palace at Versailles.

During Colbert's term, some 80 million livres were spent on royal edifices. Moreover, Colbert mobilized artists and intellectuals into academies, and supported them by grants and government projects. The French Academy, created shortly before as an uninfluential semiprivate group, was nationalized by Colbert and put in charge of the French language. The Academy of Painting and Sculpture, founded under Mazarin and given a legal monopoly of art instruction, was reinforced by Colbert, who imposed strict regulations on these artists so that their work would be proper and orderly and always in service to the king. Colbert founded an academy of architecture to work on royal buildings and to inculcate the proper architectural principles.

Neither were music nor the theater safe from the all-encompassing rule of Colbert. Colbert preferred the Italian opera form to the French ballet, and so doomed the latter to the benefit of the Italian import. In 1659, the Abbé Perrin produced the first French opera, and so a decade later, Colbert conferred upon the abbé a monopoly of all rights to present musical performances. Perrin, however, was a poor manager, and he went bankrupt. While in a debtor's prison, Perrin sold his monopoly right to Jean Batiste Lulli, an Italian musician and composer. Lulli was given the right to form the Royal Academy of Music, and Lulli's permission was necessary for any further musical performance with more than two instruments.

Similarly, Colbert created a theatrical monopoly. In 1673, he forced two existing theatres to unite: when a third troupe was later forced to join them, the Comédie française was thereby formed in 1680. The Comédie française was given a monopoly of all dramatic performances in Paris, was subjected to tight state regulation and control, and aided by state funds.

With regulation and monopoly came subsidy and subvention. Pensions, grants, no-show appointments as valets of the king, lucrative appointments as artists to the king, exemptions from taxes or from the wrath of creditors, all poured out into the arts. Similarly, for the theater, writers, scientists, historians, philosophers, mathematicians and essayists. All manner of largesse poured out to them from the state trough. It was subvention that put to shame any contemporary national endowment for the humanities or national science foundation. The outpouring truly subverted any sort of spirit of independence that French intellectuals might have attained. The mind of a whole nation had been corrupted into the service of the state.

"Colbert's ideas on taxation were those of almost every minister of finance everywhere, except they were more clearly and far more candidly expressed."

What manner of man was this, then, this grand bureaucrat who scorned the interests of mere individuals and merchants as petty and narrow, who presumed always to speak and act for the "national" and even "public" interest?

Jean-Baptiste Colbert was born in Reims, into a merchant family. His father, Nicolas, purchased a minor government office in Paris; his more influential uncle, Odart Colbert, was a successful merchant-banker. Jean-Baptiste was an uneducated young man, but his uncle knew a banker for Cardinal Mazarin. More importantly, one of Odart's sons married the sister of an important government official, Michel Le Tellier. Uncle Odart got young Colbert a job working for Le Tellier, who had just been appointed to the post of secretary of state for military affairs. Jean-Baptiste's lifelong service in the top French bureaucracy had begun. After seven years in this post, Colbert married Marie Charon, after obtaining for her father, a wealthy financial official, an important tax exemption.

Soon Colbert became a counselor of state, and then one of the top aides of Cardinal Mazarin. Soon after Mazarin's death, Colbert rose to become virtual economic czar of Louis XIV, keeping this status until his death.

Cold, humorless, hard and implacable, "a man of marble" as he was called by a contemporary, Jean-Baptiste Colbert yet had the wit to engage in boundless flattery and demeaning personal service to his royal patron. Thus Colbert wrote to Louis on the occasion of a military victory, "One must, Sire, remain in silent wonder, and thank God every day for having caused us to be born in the reign of a king like Your Majesty."

And no service to the Sun King was too demeaning. Colbert searched for the king's missing swans, supplied Louis with his favorite oranges, arranged for the birth of the king's illegitimate children, and bought jewels for mistresses on the king's behalf. Colbert's personal philosophy was best summed up in his advice to his beloved son, Seignelay, on how to get ahead in the world. He told his son that "the chief end that he should set himself is to make himself agreeable to the king, he should work with great industry, during his whole life to know well what might be agreeable to His Majesty."

Colbert was well rewarded for his life of hard work and abject sycophancy in the service of the king. Apparently only the interests of individual merchants and citizens were narrow and "petty." Colbert had little difficulty in identifying the lucrative feathering of his own nest with the "public interest," national glory, and the common weal. A stream of offices, benefices, pensions and grants streamed into his coffers from the ever-grateful king. In addition, Colbert received special bonuses or "gratifications" from the king; thus, in one order, in February 1679, Colbert received a gratification of no less than 400,000 livres. The overall sum poured into Colbert's coffers was immense, including lands, and bribes for subsidies and exemptions from grateful lobbyists and economic interests. All in all, he amassed at least 10 million livres, notable to be sure, but not the enormous extent of Cardinal Mazarin's boodle as prime minister.

Colbert also did extremely well by his extensive family. Brothers, cousins, sons, and daughters of Colbert were showered with favors, and became bishops, ambassadors, military commanders, intendants, and abbesses of leading convents. The Colbert family certainly did well by doing "good" on behalf of the sovereign and the "public interest" of France.

After Colbert's death in 1683, his successors under Louis XIV developed and strengthened the policy of Colbertisme. Protective tariffs were greatly increased, imports of various goods limited to specific ports, quality regulations strengthened, and innovations hobbled for the protection of the industrial and occupational status quo. Colbertisme was frozen into the French political economy.