Jackboots in the Sunshine State 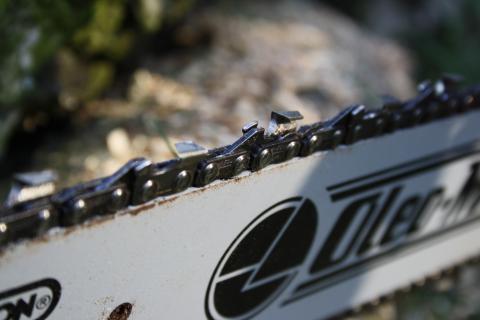 At the height of the Vietnam War, a war most Americans either want to forget or not learn about in the first place, a search and destroy mission was captured on film. A young American lieutenant and his patrol took a Vietnamese village, then, noting the Vietcong had been using it for months, ordered it burned to the ground. He explained to CBS News’ Morley Safer, in what must be described as a kind of Orwellian "Freedom is slavery" analysis, that the American troops "had to destroy the village in order to save the village."

Americans, like the French before them in Vietnam, claimed that they represented freedom and civilization, but their methods seemed indistinguishable from the most atrociously evil regimes in history. Always governments--from the smallest politically motivated planning board to biggest part of the military industrial complex--end up doing the same thing when they face problems: They argue that the ends justify any means.

An example of this madness and hypocrisy is going on in three South Florida counties. In the name of battling diseased citrus trees, officials of the state’s Agriculture and Consumer Services Department (DOACS) are storming into the backyards of thousands of homeowners and cutting down their trees.

They are on a search and destroy mission of their own. It is a Citrus Canker Eradication Program. It has been going on for five years and, in that period, crews with chain have cut or burned some 800,000 trees in backyards and commercial groves. But recently, the state’s methods have taken on some new ugly methods. State scientists contend the Draconian methods are needed because the citrus canker is immune to chemical treatment; some independent scientists disagree, arguing that the canker is something that comes and goes.

Science aside, the real point DOCAS representatives are destroying private property and trampling on the rights of lawful citizens, who have branded the government agents the Citrus Gestapo. All this is done in the name of protecting the state’s $8.5 billion citrus industry against a tree-destroying canker and under the authority of the supposedly liberty-loving Jeb Bush. He signed an emergency order under which crews don’t need an owner’s permission to go on to private property and chop down citrus trees. "They raped our yard. I’m horrified, appalled, furious. Just livid," said one caller to a Miami radio talk show.

This emergency power--the same as many other emergency powers granted to governments--is arbitrary, unlimited and brutal, the kind of power one would expect to be conferred on a Romanov, Lenin, Lincoln, a Mitchell Palmer, a J. Edgar Hoover or a Franklin Roosevelt, whose agents herded tens of thousands of Japanese-Americans into internment camps after their property was taken at fire sales.

"I stood here and watched them take our Ruby Red grapefruit, a Key Lime, a Valencia orange and a calamondin," Walter Jureski, a Coral Gables retiree recently told the Los Angeles Times. "It was heart breaking. We loved those trees, and they were loaded with fruit," he said.

"It is heartbreaking," agrees Liz Compton, a spokeswoman for the DOACS. "But this is an emergency situation; the disease has spread and we’ve got to contain it. There is no cure," she says.

For the lawless destruction of his fruit trees, Jureski received a $100 voucher to be used at the garden department at Wal-Mart. "Our Governor Bush, in order to kill a pest in our trees, ordered the killing of our trees," said Fred Westphal, a University of Miami professor who has formed the group CADET, which stands for Citizens Against Destruction and Eradication of Trees.

The state recently increased the area in which it claimed infected trees, or those that might be infected, had to be destroyed. The zone of contamination was increased by fifteen-fold and the number of cutting crews rose from 50 to 300. The crews are operating in Dade, Broward and Palm Beach counties. At $100 a yard per property owner, the U.S. Constitution’s Fifth Amendment prohibition against no taking of private property "without just compensation" becomes a mockery.

Does the ukase of a governor with the power of a czar overwhelm the organic law of the land that is supposed to protect citizens in the lawful enjoyment of their property? And who fixed the price at a piddling little $100 per yard?

One property owner, a John M. of Kendall Lakes, whose comments are at the web site, Floridacitrusoutrage.com, writes: "If the state had to pay fair market value for our trees they would still be there." One of the trees destroyed by the state was a tree planted by Kendall’s father 28 years ago. The tree was a memorial to his father. How, exactly, does one put a value on that tree? And how does one compensate someone for the loss of it?

Why does the lawless state even pay anything when it engages in such blatant theft? And what are limits of this apparently limitless government acting to protect us? Why even pretend that the government is acting lawfully when emergency powers can confer unlimited power to do anything, no matter how gruesome?

Will some Jeb Bush, in the next "emergency," sign a special order that effectively invalidates habeas corpus? Can any piece of property be taken anytime by merely having some state official say that there is some real or imagined public health crisis? What are the limits of these powers? Are there any? Even the state of Florida seems to concede that maybe it has gone too far.

"When you impact more people, you get more complaining. And we’ve made mistakes. With a program this size, it’s going to happen," Compton concedes in a classic bureaucratic understatement.

Writes another scarred property owner at the same web site, "We own 4 citrus trees. Yesterday someone from the Agriculture Dept. came and told us we will lose all four of them because someone 6 blocks away has an affected tree. Ours are not," writes Miriam D. Wagner. "I am a birdwatcher. Some birds love the oranges, which attract them to our yard. A mockingbird nested in our Key Lime tree. The trees provide protection for the smaller birds from the Kestrels which come in the winter. Can this massacre be stopped before it is too late for many of us?" she asked.

Apparently not. Once lawless government has launched a crusade very little can stop it until it has played out its disaster. The "world savers" in Florida should be reminded of the world savers of some three decades ago--they lost the hearts and minds of the Vietnamese people and, eventually, the American people, who drove Lyndon Johnson and his gang of moral relativists from office. But the jackboots of Florida should remember this--America eventually lost in Vietnam. In the end, they’ll lose too, but how many villages or trees will it take?