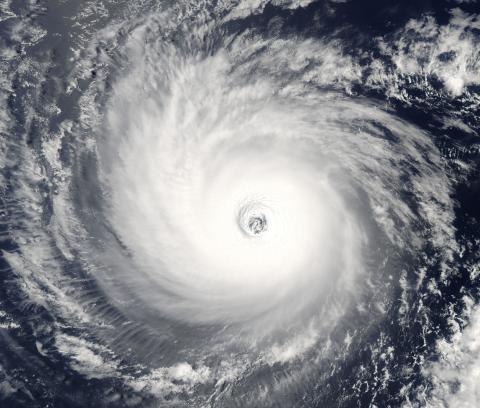 Hurricane Isabel roared onto eastern North Carolina shores in mid-day, September 18, 2003, continuing on into Virginia and north from there. While Isabel was no Hurricane Hugo, the monster storm that demolished Charleston, S.C. back in 1989, it washed up the usual economic fallacies.

Among them is the idea that all prices should be the same after as before the storm. Thus were potential gougers given stern warnings long before the hurricane hit. It is apparently very difficult for people to understand how prices assist in rationing in light of changes in supply, which is why price flexibility is never more needed than in a natural disaster.

But let's leave that one aside and focus on the biggest fallacy of all: the idea that destruction of all sorts is actually a wonderful thing. To listen to mainstream economists, including Wall Street analysts, what destruction Isabel wrought is really a bonanza for the economy.

A several-times-repeated CBS Marketwatch statement declared just the other day, "The approaching Hurricane Isabel is likely to destroy property and claim lives, but it'll probably be a positive for the nation's economy." The report continued, "The storm … will disrupt commerce, industry and travel for a few days—or even months in some cases." But never fear. Isabel "is likely to actually increase overall economic activity in the coming weeks as individuals and businesses repair and restore their damaged property."

In a similar vein, MSNBC wrote: "It's time to look at the bright side of hurricanes," quoting a government researcher as follows: "A lotta money gets spent and it flows through the community and reinvigorates the community for years." The story also quoted a Miami Herald columnist: "It's a boon to roofing contractors and to plywood, drywall and window manufacturers."

In other words, positive economic activity is only a hurricane away. By this logic, Hugo was the best thing that ever happened to Charleston. Maybe, if we are really desperate to improve the local economies of our cities and towns, what all of us ought to do is bulldoze our property to the ground. Think of all the jobs that will be created when it becomes necessary to rebuild our houses, workplaces, downtowns, shopping malls and other centers of commerce from scratch.

Seriously, folks, its time to dig out Frederic Bastiat and Henry Hazlitt for his first lesson in Real Economics 10: the Broken Window Fallacy.

Back in 1946 Hazlitt wrote, with characteristic clarity:

A young hoodlum … heaves a brick through the window of a baker's shop. A crowd gathers …  After a while the crowd feels the need for philosophic reflection. And several of its members are almost certain to remind each other or the baker that, after all, the misfortune has its bright side. It will make business for some glazier. As they begin to think of this they elaborate on it. How much does a new plate glass window cost?  A hundred dollars?  That will be quite a sum. After all, if windows were never broken, what would happen to the glass business?  Then, of course, the thing is endless. The glazier will have $100 more to spend with other merchants, and these in turn will have $100 more to spend with still other merchants, and so on ad infinitum. The smashed window will go on providing money and employment in ever-widening circles. The logical conclusion from all this would be … that the little hoodlum who threw the brick, far from being a public menace, was a public benefactor.1

Hazlitt went on to point out the error here. The error consists in looking only at the baker's loss and the glazier's gain. It is true enough that the broken window meant an immediate economic benefit for the glazier, and by extension, with all those with whom the glazier does business down the road.

However, the baker is out $100 for the repair of the window. That is $100 he could not spend on a new suit. In other words, that is $100 that does not go into the hands of the tailor with whom the baker would have chosen to do business had he not had to spend the money to have his front window repaired.

"The glazier's gain of business," Hazlitt concludes, "is merely the tailor's loss of business."2  And that, we might add, is $100 the tailor does not have to spend with other businesses. In other words, no real economic gain has been achieved.

The crowd has considered only what was seen—the broken window and the transaction through which the window was repaired. They did not consider the potential third party, the tailor, because circumstances did not allow him to enter the picture. "They will see the new window in the next day or two. They will never see the extra suit …  They see only what is visible to the eye."

This applies straightforwardly to Hurricane Isabel's effects on the economy. Let us suppose Hurricane Isabel does x million dollars in property damage (as of this writing no actual figure is available, of course). Those who look only at those property owners who must have their property repaired and look at the immediate benefits to the construction and related industries, will not see the new computers that some North Carolinians and Virginians had planned to purchase but now cannot.

This is the difference Bastiat spoke of, between what is seen and what is not seen. Mainstream economists, convinced that theirs is an empirical science exclusively, can tabulate extensive data on what is seen but totally ignore what is not seen. What is not seen is what the people affected by natural disasters such as hurricanes would have done with their resources, whether to spend in the present or save or invest for the future. How economists respond to the effects of disasters on the economy is an object lesson in the kinds of fallacies and sophisms gripping mainstream economics.

Perhaps the best thing about Hurricane Isabel was something we did see, however. That was the shutting down and boarding up of Rome on the Potomac long enough to allow the storm to pass overhead. Unfortunately, it didn't last. I wonder what short-term and long-term economic benefits would accrue from shutting down Rome on the Potomac for an extended period:  say, 30 days.

Maybe we should hope for the economic benefits of more Hurricane Isabels after all, so long as their path takes them straight up the Potomac River.