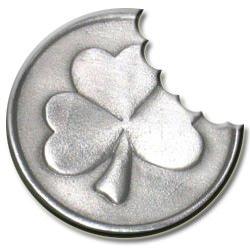 Europe is in turmoil once again. The sovereign-debt crisis threatens to spread from Ireland to Portugal and Spain. It all began with the financial crisis. Before the financial crisis, several governments of the eurozone, most notably those of Portugal, Italy, Ireland, Greece, and Spain (PIIGS), had been able to finance their deficits at artificially low interest rates. Some had accumulated unsustainable levels of public debts.

Such reckless fiscal behavior was only possible because markets assumed that if the national situations got worse, these governments would be bailed out by other countries of the eurozone in order to forestall a breakup of the euro. In other words, the euro came with an implicit bailout guarantee permitting governments to overindulge in debt. The implicit guarantee was and still is grounded in political interests. A failure of the euro would be interpreted as a failure of the idea of European centralization — i.e., of the European Union. This failure is regarded as something politically inconceivable.

Equipped with this implicit guarantee, many governments did not address structural problems such as uncompetitive labor markets or unsustainable welfare systems. They papered over these problems with government deficits. As the financial crisis hit, government deficits increased sharply due to increasing public spending and falling revenues. Deficits soared, not only in the PIIGS countries (the bailout candidates), but also in the countries that were supposed to pay the costs of bailing out the PIIGS governments (most prominently Germany).

It was at this point that market participants wanted to see something more than implicit promises. They started to doubt that Germany and others would be capable of bailing out the PIIGS governments, or willing to do so. Interest rates for bonds of PIIGS governments soared. Finally, in May 2010, eurozone governments had to make the implicit bailout guarantee into an explicit one. They installed a €750 billion rescue fund.

The rescue fund has a limited term of three years. At the end of October, German chancellor Angela Merkel made it clear that the term would be extended only if there was a reform making private holders of government debt participate in the costs of future sovereign bailouts. In other words, Germany threatened to take away part of the explicit bailout guarantee it gave to private investors in government debts. Investors could suffer losses in bailouts after 2013. As a consequence of this move, investors started selling government bonds of PIIGS countries. Yields increased.

The market's attention focused on Ireland. The Irish government has an estimated deficit of 32.5 percent of GDP for 2010 and its total government debt stands at 80 percent of GDP after repeated spending to prop up its insolvent banking system.

While the deficit is huge, the Irish problems are somewhat different than the fiscal problems of other PIIGS governments. Other PIIGS governments suffer from high and structural public deficits due to unsustainable welfare spending and uncompetitive factor markets. Governments, most prominently the Greek one, used deficit spending to artificially increase the living standards of their populations. Deficits financed the unemployed, public employees, and pensioners; this served to sustain inflexible labor markets.

"The euro came with an implicit bailout guarantee permitting governments to overindulge in debt."

Not so in Ireland. In some sense Ireland was even too competitive. Ireland has the lowest corporate tax rate in the Economic and Monetary Union (at 12.5 percent). The tax rate attracted banks from all over the world to expand their businesses on the island. As a consequence, Ireland's banking sector expanded substantially. During the boom years, banks earned immense profits through their privilege of credit expansion and their implicit government backing. As a result of the credit expansion, an Irish housing bubble developed. And its burst caused substantial losses and even insolvency for Irish banks.

While banking profits during the boom were private, its losses were socialized on September 30, 2008, when the Irish government guaranteed all Irish bank liabilities. As of late 2010, Ireland has injected about €50 billion into its banking system. The Irish problems were created, not by an excessive welfare system, but by the socialization of the losses of a privileged banking system.

The Bailout of the Irish Government

The Irish bailout will cost €85 billion at a subsidized 5.8 percent interest rate. Part of it could be used to set up a fund for the Irish banking system. The bailout will make ordinary taxpayers responsible for loans that serve to cover bank losses, and the Irish population largely opposes it. The Irish understand that the bailout money will mainly serve, not to sustain the living standards of public employees, the unemployed, or pensioners (as in the Greek case), but rather to sustain the living standards of bankers.

Due to the opposition, the Irish government has decided not to have general elections before the budget is passed. The budget includes an increase of the sales tax from 21 percent to 23 percent. Effectively, the Irish population is forced to assume the debts of banks and then pay them back over the years. No democratic vote on the bailout is allowed because the Irish would most certainly vote it down.

Why did the eurozone governments pressure Ireland to ask for the bailout?

First, yields on bonds of PIIGS countries were rising. After the announcement of Merkel's reform plans, market participants started to fear that they would suffer losses from PIIGS bonds. Eurozone governments believed that by bailing out Ireland and showing determination they would take pressure off of Portugal. Portugal — with structural problems similar to those of Greece — is important because Spanish banks have invested important sums in Portugal. If Portugal were to fall, the Spanish banking system would fall along with it. At this point, the rescue fund would be empty and the situation uncontrollable. In order to stop this chain reaction, Ireland was pressured to accept the bailout.

Second, it was important to bail out Irish banks because English, French, and German banks had invested important sums in Ireland. Irish losses could eat up the capital of European banks and bring down the whole European banking system and its government allies.

The first is the financing that Irish banks receive from the European Central Bank (ECB). Since the financial crisis, Irish banks have depended on loans from the ECB. Without these loans, the Irish banks would go bankrupt, implying tremendous losses for the Irish government, which guaranteed its banks' loans. Indeed, Jean-Claude Trichet, president of the ECB, mentioned during the days in which the Irish government was still resisting a bailout that the ECB was not willing to extend the emergency loans to Irish banks forever. The second instrument was Germany's threat of withdrawing from its guarantees. Once Germany takes away its guarantees for overindebted governments in the eurozone, these governments are sure to fail due to soaring interest rates. Thus Germany can pressure peripheral countries to make reforms or accept bailouts.

Can the Irish bailout stop the chain reaction? It does not seem so. Portuguese and Spanish yields continue to climb. If Ireland gets bailed out, someone has to pay for it. Governments of the eurozone will have to pay higher interest rates for their own debts due to the additional burden caused by the loans to Ireland. Since the bailout became imminent, the yields of even German government bonds have increased.

The Irish bailout actually weakens remaining countries. A bailout of Ireland increases Portugal's obligations (and thereby the yield on its debts) and could trigger a Portuguese bailout. A Portuguese bailout in turn would increase the debt burden for Spain and other countries, which eventually might trigger Spain's bailout. And so on until the point where market participants stop believing that the remaining countries can or are willing to shoulder the bailouts.

Another important effect of the bailout is the decline of democracy in Ireland. The Irish government was pressured into the bailout. The population is not allowed to vote on it.

In the short run, one may find some positive aspects of the determination of fiscal policies by Brussels or indirectly by Germany. When Germany or Brussels tells Spain, Greece, or Ireland to reduce their deficits, the result for people living in these countries may be a reduced size of the government in the short run. But such centralization of power in the EU will likely prove to be disastrous for liberty in the long run. The European interventionists now claim that because there is one central bank we need one economic policy.

One factor that frequently hampers governments' attempts to increase their power via increases in taxation or regulation is the competition of other governments. If taxes get too high in a country, economic agents will flee to countries with lower tax rates (such as Ireland, with its low corporate tax rate). If economic policy is centralized in the European Union, this limitation on government power is eliminated. European politicians already aim at a harmonization of fiscal policies and talk about benchmarks for tax rates. Once fiscal policies are harmonized, there will be a tendency toward an increase of power in Brussels and then toward an increase of tax rates throughout the eurozone.

The euro might be saved, but at the cost of building a strong, central European state, as national policymaking is transferred to Brussels in exchange for bailouts. The turmoil produced by the euro will then have served as an instrument for the development of a centralized state in Europe.