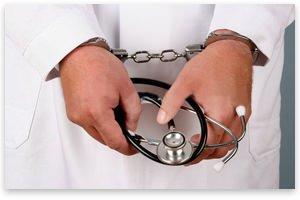 The very idea of government acting to control any aspect of the practice of medicine should ignite passionate resistance on the part of physicians everywhere. The new proposals to expand the role of government will deal a deathblow to a profession already under siege. Now is the time to accurately name what is being proposed and have the courage to stop it. It is difficult to believe that in the United States, a country founded on the principles of life and liberty, the outright subjugation of a profession by the government would even be considered.

As doctors, we took an oath. We created the profession of medicine and claimed our standard required us to use our own best judgment at all times for the greater benefit of our patient. We claim we base our treatments on "the evidence."

It requires freedom and an independent mind to evaluate the evidence. The evaluation process is the art of medicine. You cannot legislate integrity and competence into doctors whose minds and judgment have been regimented to follow "best practice" guidelines.

It is a betrayal of our duty to our patient to use any consideration of some greater social good defined by the government to alter the best course of action for the patient. Our customer rightly expects us in the doctor-patient relationship to have his welfare as our absolute priority. It is immoral to use "average number of years of life a procedure would buy" — or any other government-inspired social utility — as a justification to limit the options we offer our patient. An attorney would be considered unethical if he used consideration of the greater good of society to influence his representation of an accused murderer.

The state needs us. When politicians say that healthcare must be formed into a mold of their own design, they are admitting their inability to persuade MDs to use their plan voluntarily. Who will provide the care and carry out the directives of any of the proposed healthcare plans? That coverage would be "universal" is touted, but the fact that there are a finite number of physicians is never mentioned.

Medical care is not a right. Medical care is a service provided by doctors and others to individuals who want to purchase it. A patient presents to the doctor with a request for care. The fact that the patient has a serious condition — even a life threatening one — does not entitle him, as his right, to the services of the doctor. To claim that he does means that doctors and others who provide these services have no rights, or that society can deliberately ignore these rights for the "greater good."

It is immoral for a professional organization to participate in, or to lend legitimacy to, any attempt by the government to control how care is defined and who will provide it. If doctors will be prevented by the government from offering their services outside of a government plan, this is further confirmation that coercion is at work. Indeed, if doctors are prevented by law to work outside of the plan — as is the case already in Canada, North Korea, and Cuba — it will mean the wholesale corruption of the profession of medicine.

"The coverage and types of policies available today are limited by government requirements, not by the free market."

What is a right? The concept of a right defines freedom to act within the boundaries of the rights of others. It is contradictory to claim that a person has a right to a good or service that requires, for its fulfillment, the violation of someone else's rights. If the exercise of a patient's so-called "right" to healthcare imposes obligations on taxpayers to pay for it and healthcare practitioners to provide it, then it is not a right, but an attempt to enslave one part of the population for the benefit of another part.

In reality, these types of so-called "rights" are offered to groups of Americans by politicians in exchange for votes. Claims of humanitarian concerns are merely a fig leaf over a naked power grab by the state. The fact that some physicians may willingly participate in their own enslavement does not alter this fact.

There is no free market today in the American healthcare system. Supply and demand is a law describing the relationship between the patients' demand for goods — healthcare services — and the finite number of doctors, nurses, hospitals, and medicines that supply them.

It is a fact that the number of physicians has not kept pace with the increase in population. Yet this is not for lack of people willing to work as doctors. Even today, there are many more applicants to medical school than can be placed in the limited number of slots. Government rules and the abuse of government power by special interest groups such as the AMA are responsible for the mismatch between doctors and the population requesting services. The AMA and specialty groups use government, for instance, to restrict doctors in one state from practicing in another. No such arbitrary rule applies to nurses; nor should they apply to physicians.

Not all healthcare services require an MD. By using the force of government, the AMA has been able to restrict the scope of practice of physician assistants (PAs) and nurse practitioners (NPs). When, more recently, PAs have been granted greater responsibility, it was not due to their sudden increase in skill, but to a successful battle against entrenched interests with political power.

Healthcare centers such as hospitals, offices, and clinics have been severely restricted by burdensome "certificates of need," operating licenses, and other government requirements. All of these have stifled the development of innovative ways to deliver care. A free market would encourage innovation and customization of care, such as home visits to the elderly and telephone checks of pacemakers.

To claim that any government plan now proposed could give people more choices requires that the listener ignore the fact that a vast destruction of options has already occurred and that one's choice is limited to what is left.

Insurance companies are not the villains. No insurance company today has the power to limit the availability of care. An insurance policy for healthcare is a contract between an individual and the policyholder to provide payment for care. It cannot ration care. The coverage and types of policies available today are limited by government requirements, not by the free market.

Special-interest practitioners such as acupuncturists and massage therapists have lobbied the government to force insurance companies to include their services as a condition of doing business in a given state. It is simply not possible to buy mere catastrophic or chronic-illness policies, because state governments vary only in how many mandates they require, not whether there are any. 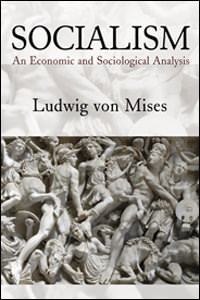 Imagine how expensive auto insurance would be if the only policy you could buy due to government decree was one covering tire rotation, oil changes, windshield wiper replacement, etc., as well as liability? It is ludicrous to blame the insurance companies for the resulting — and inevitable — increase in the number of people choosing not to purchase any insurance.

If the day comes when the government adopts the fundamental changes in medicine now being proposed, the physician's only choices will be to obey the protocols, to ignore them and risk sanctions, or to quit the profession.

Choose a form of practice that permits the honest delivery of care. There is no amount of money that will compensate you in the future for your lack of courage today. State clearly, "I will not participate." Withhold the sanction of the victim.

[bio] See [AuthorName]'s [AuthorArchive]. Here is a youtube of the author speaking at a town hall meeting. Comment on the blog.

Maria Martins, MD, has had a full-time career practice of emergency medicine for 22 years. She is licensed to practice medicine in New York, Pennsylvania, and California.