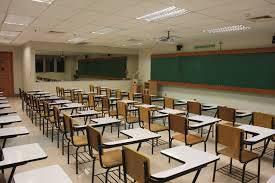 According to the official White House website, the end goal of schooling is to “help restore middle-class security.” Such a stance is a surprisingly honest one in a political environment built on deceit. The Obama administration makes no attempt to hide the fact that mandatory public schooling is a state tool for manipulating class structure. This is both a historical and economic fact.

Modern American schooling stems from two sources. First the Prussian school system which was used by the Nazis to limit and control legal access to information while psychologically training students in order to promote fascist ideology. The second is the free state-run schools which were an important part of the caste-structure that has existed in India for thousands of years. Here, the menial and “untouchable” classes, approximately 95 percent of the population, were subject to the rule of the Hindu Brahmin priest (Gatto 39). Each class had its own forms of education, all of them placing an emphasis on “truth,” which referred to the superiority of the Brahmin priest and the proper subservient role of the student in society.

The core principle of education for the two lowest classes in India, was ignorance. By filling up the free time of children with repetitive tasks of little educational value, students were transformed into thoughtless followers of the Brahmin. One would believe such a process would drive away any man of God who sought to help children, but such was not the case with Anglican missionary Andrew Bell who was able to see the “good” in what he referred to as the Madras system of education. In 1790 he wrote, “In every instance under my observation in this kingdom, and in every report with which my brethren have honored me of the effects produced by the Madras System in their parishes, the improvement in the subordination, orderly conduct, and general behavior of the children, has been particularly noticed, and must be regarded as infinitely the most valuable feature of its character” (Bell 10).

Bell enthusiastically took over the Hindu schools and adapted them to raise impoverished children into loyal subjects of the Anglican Church. In 1797 he opened up the Aldgate Charity School in England. In his own words, “Its ultimate object, the ultimate object or end of all education, is to make ... good subjects ...” (Bell 7). He was heavily influenced by the zeitgeist that it was God’s will that the impoverished remain in their present state of existence.

Joseph Lancaster, a Quaker in London, took what was once a systematic approach to subjugating peasants and turned it into a method of affordably teaching thousands of students, from his own home no less, so as to empower them to rise to a greater glory. Lancaster’s school did not last long before it attracted the attention of Bell, who saw his philosophy of pedagogy being defiled by the Quaker. Quickly, King George III began funding Lancaster’s school, and with it began regulating curriculum by requiring that students learn the Bible (Gatto 41-42). In 1807 Bell contested the perversion of his system and, with the support of the Anglican Church, replaced Lancaster’s school with his own. However, with Lancaster’s school being more popular than the Aldgate Charity School, it was his name and not Bell’s that came to define the Anglican version of the Indian Madras system.

Amid fears of non-Anglican values destroying the newly formed republic of the United States, English-Americans adopted Lancaster and Prussian schooling (Liggio and Peden). Today the English traditions that go back over a century in America continue to promote inequality. The main purpose of school in an industrialized economy is to signal productivity to employers. Government funding of education whether by public, charter, or private voucher schools incentivizes students seeking a competitive edge to spend more time in school. For the middle and lower classes the results are greater economic inefficiency. Middle class students who may have otherwise obtained only a high school degree, now must deplete more savings or go into debt to get a college degree that signals the same amount of productivity. For the poor the results are even worse. They must spend more time in school to signal that they are capable of higher productivity. The high opportunity cost of going through school keeps low-income students from being able to afford to display their productivity, limiting them to lower paying jobs.

Government schools serve to both mentally and economically restrict students and history makes it clear that is what they were designed for.

This op ed is a shortened version of the following refereed journal article: Jordan Reel and Walter E. Block, 2012. “Public Education: Who is it for?” The Scientific Journal of Humanistic Studies, Vol. 7, No. 4, October, pp. 66-72; this article may be found here, or here.

All cites to the present article may be found there.

Jordan Reel is an economics major at Loyola University New Orleans. He is interested in Austrian economics and libertarian political philosophy.