Inhumanity of the Minimum Wage

The Republican president of the United States believes that no person should be allowed or required to work for less than 90 cents an hour. The Democratic governor of New York urges raising the minimum wage to $1.25 from its present level of 75 cents.

Except for such differences in detail, fixing a minimum wage by law has come to be a bipartisan project. That may indicate good politics — but it is no assurance that a minimum wage law will accomplish what is claimed for it.

Beginning with the truism that "the laborer is worthy of his hire," proponents of the minimum wage interpret it to mean that anyone who works thereby establishes a valid claim against his employer, or against society, for a wage sufficient to assure an adequate standard of living. Though it may be difficult to say precisely what constitutes an adequate standard of living, the opinion is widely held that such a standard lies somewhere between the prevailing extremes of wealth and of poverty; underlying this opinion is the assumption the poor are poor because the rich are rich; that is, that employers exploit their employees.

It is supposed that employers withhold as much as they can of what the workers have produced — that the so-called "wages fund" is not fully disbursed as wages — and that this is a crime against workers in particular and society in general. And if crime is being committed, it is the duty of government to intervene; hence, a minimum wage law.

If this theory is correct, how is the injustice of inequality, or exploitation, done away with by a minimum wage as low as 90 cents or $1.25 an hour? If the compulsory equalization of wealth is a proper means to a better society, why shouldn't the minimum wage be at least $5 an hour?

The answer, of course, is that the minimum wage theory does not square with experience. The reason is that work, as such, is not something scarce and useful to human beings. Sheer effort is not one of the things men will buy in the market place.

The goods and services produced by workmen are the things valued, regardless of how much or how little labor went into their creation. If a horse can pull ten times as many cabbages to market as a man can, who in his right mind would hire a man instead of a horse for that job?

But if the horse is hired, should the cabbage-mover then be required to pay ten men to sit by and watch the operation? That would be a logical development, according to the minimum wage theory that human labor is the only thing of value to society.

That theory is wrong because horsepower also has value, as tools are valuable, and scientific knowledge, and a great many other things besides direct physical labor. How valuable? Why, just as valuable as producers and consumers jointly determine in the market place.

The fund, if one chooses to call the earnings and savings of individuals a fund, cannot be paid solely and exclusively to labor. Some of it must go as a return for the use of tools and capital, or else there will soon be none of those savings which create job opportunities and which help to improve the productivity of the laborer.

Unemployment of the Least Capable

A dictator, it is true, can arbitrarily declare human labor to be the only thing of value in the world; and he can set a minimum or a maximum wage, or just fix prices. But he cannot enforce his dictates because they run contrary to the rules of human behavior.

As long as men harbor their own distinctive sense of values, there is no way of predetermining the price they will pay for what they want. That is set in the market place, whether it is legal or "black."

A $5 minimum wage is indeed ridiculous, not because $5 is the wrong amount, but because it is ridiculous to try to set a minimum wage at any level. It doesn't work. And it is an injustice to the people it is supposed to help — the less productive and less fortunate members of society.

If a minimum wage is set high enough to have any effect, that effect must be a closing of the market to those persons least capable of earning a living. For the minimum wage denies such persons the right to offer their services for what they are worth. The law says in effect, "If you are not worth the legal minimum wage, you are not worth anything."

This, of course, is arbitrariness of the very worst kind. It is difficult to visualize a greater injustice than this among supposedly civilized human beings — the strong ganging up to deprive the weak of their limited means of helping themselves.

If government intervenes to support the market at the floor price, then these two groups — the poorest producers and the poorest consumers — become the wards of the government, each dependent on a subsidy for survival. The government assumes the obligation, by means of unemployment compensation, to support those who were either directly or indirectly forced out of productive employment. The higher the minimum wage level, the more unemployment there must be.

Denying a man the right to offer his services, by fixing the minimum wage at more than his services are worth, is to deprive him of a market for the only thing in the world he could have justified as his own. But that is not the end of the evil of the minimum wage. Those unused productive powers are lost, and society is poorer because of it.

And if there is this kind of restraint upon the available supply of goods and services in the world, who suffers first and most? Why, the victims are those least able to pay the price for even the barest essentials of life!

Lessons of the Depression

The inhuman consequences of the minimum wage idea were shown up during the great Depression of the thirties. Labor unions, which had been gaining membership steadily during the twenties, were so bound to a philosophy of ever-rising wage rates that they could not adjust to a changed market situation, even though such rigidity forced many of their own members to join the ranks of the jobless.

Equally well-meaning businessmen, lured by the promises of the National Industrial Recovery Act, pledged themselves to codes which would not let prices or wage rates find their proper level. Though most of the minimum wage legislation did not come until later in the thirties, the early years of the Depression were nonetheless marked by government compulsions along the lines of the minimum wage idea.

And the direct consequence of this organized coercive interference with the free market was a prolonged and unnecessary period of hardship for people who sought to earn a living. The "experts" on social problems speak glibly of the free market and open competition as forms of barbarism. They describe the individual bargaining process of price and wage determination as an outmoded application of "the law of the jungle."

But the basic law of the jungle is that might makes right; differences of opinion are subject to settlement by violence or compulsion. Perhaps the most significant departure human beings have ever made from jungle law is in the direction of a reasoned and deliberate tolerance for individuality — a mutual respect for both inherited and cultivated characteristics which make each of us different from every other person.

In the economic or material sense, this tolerance and respect for the rights of one another is reflected in the concept of private ownership and control of property. It allows and encourages exchange of goods and services among those who have something to offer and are willing to trade.

It is true that such voluntary exchange serves the self-interest of everyone involved. But that is no reason for referring to the competitive market process as though it were an evil example of the law of the jungle. Voluntary exchange rejects rather than follows the rule that might makes right.

The rule of the market is that personal choice is right, up to the point that such choice begins to injure an innocent person. This is quite the opposite of jungle warfare which considers weak and relatively defenseless individuals to be fair game for the strong and cunning.

There is one big humanitarian reason for adherence to the market method of voluntary exchange, and that reason is the desire to act charitably toward those less fortunate than oneself. They are the ones who would not survive the rigors of the jungle and who would end up most permanently enslaved in any politically regulated society.

The one great blessing of the market economy is that it encourages every individual to develop his talents, however limited they might be. And it assures each a full measure of value for the much or the little that he has to contribute to the satisfaction of human needs. Thus does a free society inevitably out-produce any other kind, creating more useful things the very abundance of which is the poor man's assurance of a chance for survival. 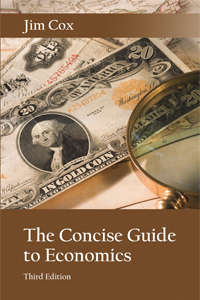 There are sound reasons why some men should earn more for their efforts than do others — why skilled labor should be worth more than unskilled — why the successful manager of a business should receive more than any of his employees. Human beings are not all alike, in either capacities or desires.

Prices and wages as determined in a free market, unrigged by political intervention, are the best means of insuring the production and equitable distribution of the goods and services all men seek. Those who have most clearly proved their productive capacity are rewarded accordingly through the voluntary acts of their fellow men in the market place. This is the signal to produce even more, and it is the incentive which attracts other men to lead more useful and productive lives. A compulsory minimum wage, at any level, can only add to the hazards of the jungle.

This article was originally published as "Inhumanity of the Minimum Wage" in The Freeman, April 1955.

Paul Poirot edited The Freeman for the Foundation for Economic Education (FEE), from 1955 until his retirement in 1987. He continued as editor emeritus of the magazine until the time of his death in 2006. He was a 1936 graduate of the University of Illinois and earned a doctorate in agricultural economics from Cornell University in 1940. He was employed as an economist by the US Office of Price Administration in Washington, DC from 1941 to 1945. It was here that he learned the vagaries of government control first-hand.