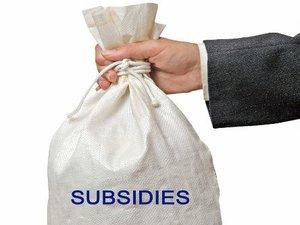 Last month, the United States Supreme Court declined to take up a case involving Arizona’s and Kansas’s attempts to require proof of citizenship to vote in federal elections. The two states sought SCOTUS review in an attempt to overturn a prohibition imposed by lower federal courts. Had the two states been allowed to impose more stringent citizenship requirements, the effect on the voting population would have likely been small, but the overall legal effect of the court’s decision is significant.

The refusal of the Supreme Court to hear the case yet again sends a message to state and local governments that the federal government shall continue to centrally direct election and immigration law. As noted in The Hill:

“This is a very big deal,” Rick Hasen, a University of California Irvine law professor, wrote on his election law blog. “Kobach had the potential to shift more power away from the federal government in administering elections toward the states.”

The Arizona and Kansas voting restrictions had been efforts to affect national immigration policy via state laws. But, as has been the trend over the past century, the federal government has repeatedly asserted itself as the last word in policymaking in citizenship and immigration matters.

Indeed, the Federal Courts explicitly declared the states powerless to attempt to control immigration within their own borders when Federal Judge Mariana Pfaelzer struck down California’s voter-approved Proposition 187 in 1994 and wrote:

Naturally, this decision sent the message nationwide that states should not bother to limit access to taxpayer-funded amenities (with public education being a central issue) because the federal government will simply declare such efforts illegal.

Thus, through these cases, federal courts have made it clear that no state (or anyone other than the feds) can meaningfully prevent participation by non-citizens in political activities such as elections, nor can the states limit the ways in which immigrants can access government benefits, even when those benefits are locally-funded.

The net effect is an imposition of a migrant subsidy scheme across all states regardless of the local economic and demographic realities, while ignoring the fact that residents of certain states bear a greater tax burden in subsidizing migrants.

The Answer Is Not More Government Intervention

At this point, it is important to note that the antidote to government subsidies (i.e., government intervention) is not more intervention. If the federal government insists that the taxpayers subsidize the immigrant population, then the proper response is to simply eliminate the subsidy. This is exactly what voters had attempted to do with Proposition 187 (and Arizona Proposition 200).

This correct approach is to be contrasted with the draconian methods employed by other states which have centered on punishing employers and landlords (and the immigrants themselves, of course) for engaging in private contracts and non-violent market transactions.

Such efforts only expand the size and scope of government, and they ultimately involve federal agents raiding private establishments and combing through lease agreements and payroll documentation to make sure that workers and renters bear an arbitrarily-assigned status as “legal” immigrants.

When states turn to these methods, we end up with the worst of both worlds, since not surprisingly, federal courts have been relatively tolerant of state and local efforts to punish local businesses and employers while at the same time remaining steadfast in opposition to efforts to limit the scope of government programs.

The Answer Is Decentralization and Smaller Government

Thus, while states and local government are given a small space to act around the edges of immigration policy, all regions and states are tethered to a single national policy on citizenship and immigration. However, we can guess that, if they were given greater leeway to do so, states would offer a very diverse array of immigration-related policies.

In research conducted by Huyen Pham and Pham Hoang Van, the authors attempt to measure the legal “climate” for immigrants for all fifty states by evaluating state and local legislative and legal efforts to limit (or encourage) immigrant activity in each state. The authors unfortunately do not distinguish between efforts that restrict private property (i.e., employment restrictions) and efforts that restrict government growth (i.e., limiting health care benefits). In the following chart, we find Pham’s and Van’s rankings: 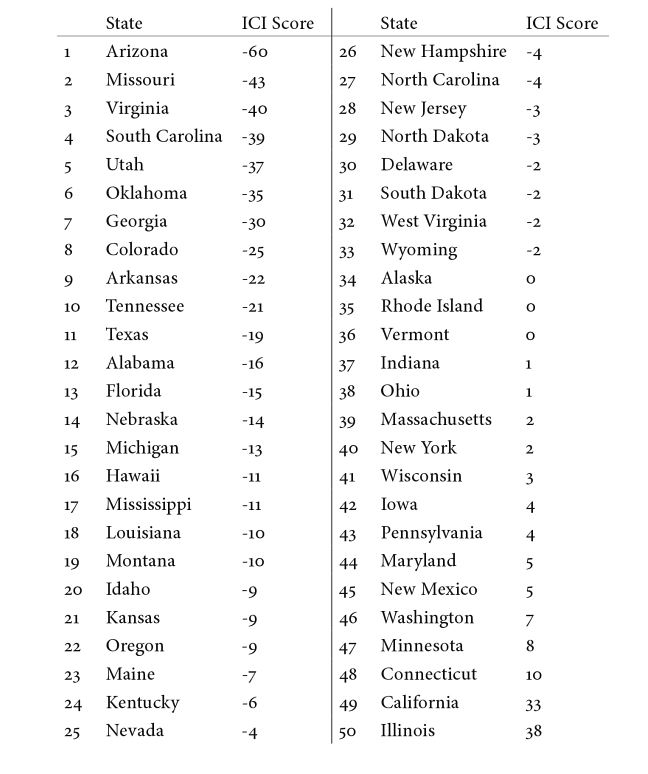 Source: Immigrant Climate Index from “Measuring the Climate for Immigrants: A State by State Analysis,” by Huyen Pham and Pham Hoang Van

The legislative and legal climates differ broadly, and this suggests that ideology, economics, and demographics produce some areas (i.e., California and Illinois) that tend to favor and subsidize immigration while other areas (i.e., Arizona and Virginia) would thoroughly limit subsidies.

If we took this a step further and gave states and localities the power to determine all eligibility to both state and federal benefits, such measures by themselves (assuming benefits were not transferrable across state lines) would serve to place the burdens of subsidized immigration onto the states that mandate it.

And, of course, there’s nothing to say that the state level is the optimal level of decentralization. As with any truly laissez-faire proposal, the ultimate goal is complete privatization of immigration policy. That is, the ability of immigrants to relocate to a community would be dependent on the dispersed and individual decisions of employers and other property owners who can decide on their own to employ or house migrants in the community. This is, of course, the democracy of the marketplace described by Mises in which individual persons — by making decisions about whom to employ or sell property to — collectively determine who is a member of each community. Any employer who wished to fully staff his operation with so-called illegal immigrants would be legally free to do so, and his decision would be subject to approval or veto by his customers, not by arbitrary government fiat.

But even in the absence of this ideal, movement toward more locally-focused immigration policy gives existing residents greater choice in where to reside and place their property. Without decentralization, the taxpayers (many of whom will want to live in jurisdictions with laissez-faire attitudes toward conducting business with migrants) are powerless to make meaningful choices in this matter without completely uprooting his life and leaving the country.

The goal of laissez-faire immigration policy is to both diminish the availability to taxpayer-funded programs for immigrants (on the way to eliminating these programs overall) while also avoiding anti-private-property regulations that prohibit owners from freely contracting with immigrants in general.

As we have seen, there is no technological or practical barrier to decentralizing this effort immediately. As is so often the case, however, there is significant ideological and legal opposition.

Among those who insist on a single nationwide policy are those who assert that the best way to ensure the protection of property rights (for both property owners and migrants) is to impose it from above.

Unfortunately, we’ve seen this movie before on other issues ranging from eminent domain to drug policy. In each case, however, the more practical, enduring, and least-risky solutions come from decentralization.

Following the Supreme Court’s Kelo decision in 2005, for example, many advocates for free markets condemned the court for not issuing a top-down prohibition on certain types of eminent domain. As Lew Rockwell pointed out, however, Kelo was one of the few cases in which the court was actually correct in deferring to local control. Even when the central government agrees with us, political decentralization remains the prudent choice:

We are … opposed to top-down political control over wide geographic regions, even when they are instituted in the name of liberty.

There are several reasons for [this position].

First, under decentralization, jurisdictions must compete for residents and capital, which provides some incentive for greater degrees of freedom, if only because local despotism is neither popular nor productive. If despots insist on ruling anyway, people and capital will find a way to leave. If there is only one will and one actor, you cannot escape ...

This is certainly true in the case of immigration policy. Those states that turn to raiding employers and fining landlords as “solutions” to perceived problems with immigrants will lose their most productive citizens and property owners to states that shy away from such interventionism. Moreover, those states that choose to heavily subsidize immigration will also suffer the loss of many of their taxpayers.

In such a system, would some states still indulge in massive redistribution schemes and other unsustainable public policies? There is no doubt that would occur, but it’s best to limit the damage to a handful of states than to impose the same fate on everyone nationwide.