Immigrants Aren’t the Only Ones Who Shouldn’t Be Voting 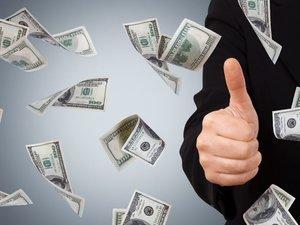 Much of the current immigration debate in the United States centers around the issue of “amnesty,” which is a vague term that may mean anything from “we won’t deport you” to “let’s fast-track you to citizenship and voting rights.”

From a laissez-faire perspective, the deportation aspect of amnesty — an increase in federal inaction — is one thing. The extension of voting privileges, though, is something else entirely.

Indeed, the amnesty debate has helped to illustrate the difference between real, concrete property rights, and the much different political “rights” such as voting. Limiting property rights is always illegitimate. Limiting political rights, on the other hand, may sometimes be essential.

For example, everyone everywhere has property rights regardless of the type of regime they live under and whether or not the government recognizes the existence of those rights. These rights include the right to own one’s own body, to own property peacefully acquired, and to enter into peaceful contracts with other people, including contracts involving employment and housing. The foreign nationals known as “illegal immigrants” also have these rights.

But property rights such as these should not be confused with political “rights” that are quite distinct from the right to self-ownership. In fact, in practice, political rights such as voting are often used to justify coercion against others in the form of expanding government spending, and government control over every aspect of daily life.

Critics of amnesty who wish to further restrict the free use of property by employers, landlords, and laborers make a mistake when they try to limit immigration by restricting property rights. On the other hand, they are on more solid ground when they attempt to restrict the further expansion of government power by restricting the franchise and the number of people eligible (via citizenship) for government checks.

The assumption behind this position on immigrants is that new arrivals tend to seek an expansion of government benefits, and that they are net tax receivers who get more in tax benefits than they pay in. This is an empirical claim that may or may not be true. But, it is no doubt true that some immigrants are in fact net tax receivers, and it is in that direction that we should direct our attention.

In making their arguments against expanding the vote to immigrants, the activists who hold this position place themselves among the few who are actually confronting the problem of widespread voting rights in a society where large numbers of net tax receivers also have the ability to vote further benefits for themselves.

So, if we’re going to take the position that those who benefit from tax funds should not vote, why limit ourselves to looking at immigrants?

The Net Taxpayers vs. the Net Tax Receivers

In his short book Bureaucracy, Ludwig von Mises examined this problem in the context of government employees. In a section titled “The Bureaucrat as a Voter” Mises explains:

The bureaucrat is not only a government employee. He is, under a democratic constitution, at the same time a voter and as such a part of the sovereign, his employer. He is in a peculiar position: he is both employer and employee. And his pecuniary interest as employee towers above his interest as employer, as he gets much more from the public funds than he contributes to them.

This double relationship becomes more important as the people on the government's pay roll increase. The bureaucrat as voter is more eager to get a raise than to keep the budget balanced. His main concern is to swell the pay roll.

Mises went on to examine the rise of powerful interest groups in France and Germany in the years before “the fall of their democratic constitutions.” He explained:

There were not only the hosts of public employees, and those employed in the nationalized branches of business (e.g., railroad, post, telegraph, and telephone), there were the receivers of the unemployment dole and of social security benefits, as well as the farmers and some other groups which the government directly or indirectly subsidized. Their main concern was to get more out of the public funds. They did not care for “ideal” issues like liberty, justice, the supremacy of the law, and good government. They asked for more money, that was all. No candidate for parliament, provincial diets, or town councils could risk opposing the appetite of the public employees for a raise. The various political parties were eager to outdo one another in munificence.

Representative democracy cannot subsist if a great part of the voters are on the government pay roll. If the members of parliament no longer consider themselves mandatories of the taxpayers but deputies of those receiving salaries, wages, subsidies, doles, and other benefits from the treasury, democracy is done for.

The logic of this position is simple. If the voting taxpayers (specifically, the net tax contributors) are outnumbered or outcompeted by the net tax receivers, then, inevitably, the economic system will tend more and more toward economic profligacy, leading eventually to bankruptcy.

Not surprisingly, many commentators who rightly point out the problem of government largesse and voting rights for immigrants also fail to mention all those more politically powerful and popular groups (i.e., builders of roads and weapons, and pensioners) whose incomes also depend on government spending. And of course, the “official” government employees all depend directly on a government check for their incomes, and in much larger numbers than any group of immigrants.

Although federal law and the decisions of the federal courts mandate that all citizens be given a one-man, one-vote status, it remains abundantly clear that it is imprudent in the extreme to allow a person who depends primarily on government funds for his or her income to exercise a vote in any election that may have an impact on his or her paycheck.

In any other context, this would be considered an enormous conflict of interest. Naturally, we would not approve of a city council member who votes on whether or not the city should hire his own firm to pave the city’s streets (although this surely happens anyway). And yet, we blithely accept that voters should be allowed to do something extremely similar.

And while it may be correct, it is nevertheless politically easy to oppose voting rights and welfare checks for immigrants, because they vote in relatively small numbers. But such action will amount to little in the long run unless the net taxpayers begin to confront the reality that the voters who vote to keep the government money flowing will be well represented among those longtime citizens cheering the loudest at next year’s suburban Fourth of July fireworks show.