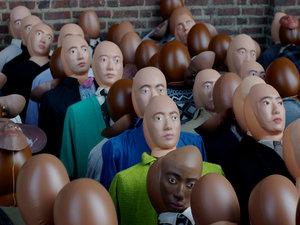 I lived in Morocco a few decades ago and needed some furniture for our apartment. A college student I had befriended, Hamid, offered to take my cash and negotiate with the dealer for me while I drank coffee in a nearby qahwa because, as he said, the price of the furniture would triple if the merchant glimpsed an American within a block of his store.

I hesitated to take Hamid’s offer only because I didn’t want to put him to so much trouble, but he mistook my pause for distrust. So he assured me that he could not cheat me because I had eaten dinner with him and his family and therefore enjoyed a status similar to that of a family member.

No Moroccan can cheat a family member or anyone who has eaten at their table. I gave Hamid my cash and later returned home to find a nice selection of furniture at a good, Moroccan, price.

Later, I met the owner of a construction firm who enlightened me further on business ethics in Morocco. He told me he spent a large part of his time thwarting the efforts of suppliers, customers, and employees to cheat him. The cleverness that went into dreaming up new ways to cheat him surprised me. He confirmed what Hamid had told me: cheating others is not considered unethical at all but a sign of an astute businessman. But cheating family members is immoral.

Moroccan business ethics might be appalling to westerners, but ancient Greeks and Romans would have understood and applauded them according to Larry Siedentop in his latest book, Inventing the Individual: The Origins of Western Liberalism.

In Siedentop’s words, the book is “... a story about the slow, uneven and difficult steps which have led to individual moral agency being publicly acknowledged and protected, with equality before the law and enforceable ‘basic’ rights.”

Like Moroccans, ancient Greeks and Romans cared little for non-family members. Those “... outside the family circle were not deemed to share any attributes with those within. No common humanity was acknowledged, an attitude confirmed by the practice of enslavement.”

The past is a foreign country but foreign countries are more foreign than politicians and economists in the West understand. The prize for the reader in Siedentop’s package is the understanding that the individualism at the core of classical liberalism is a new and rare gem.

When we fail to recognize its uniqueness, we project onto past and modern cultures our own values. Siedentop explains the failures of attempts at nation building by US politicians in the Middle East as well as the aborted efforts at economic development by mainstream economists without mentioning either.

Classical liberal individualism did not exist in the ancient world. Siedentop wrote, “Since the sixteenth century and the advent of the nation-state, people in the West have come to understand ‘society’ to mean an association of individuals.” For the ancient Romans and Greeks society consisted of a collection of extended families. The heads of the families, including family-based clans and tribes, held all the power and made all of the decisions. Only the heads of families could become citizens in the polis.

Antiquity had no notion of the powers of the government being limited by the rights of individuals, even for family heads. “Citizens belonged to the city, body and soul.” Women, children, slaves and non-citizens held no rights and lived only at the pleasure of the family head.

The ancients had no concept of the equality of man, either. Even for Plato and Aristotle, a natural hierarchy of humanity existed, much like the caste system of India. Some were born to rule, others to serve or fight. Submitting to the needs of the city as determined by the family heads was the only reason for existence and any person who failed to contribute to the cause could be legally killed — or worse — exiled. Politics and war became the noblest occupations while commerce was held in contempt.

Siedentop devotes just the first chapter to the culture of ancient Greece and Rome, but I think it’s the most important chapter because it forces the reader to face the stark contrast between that culture and the culture of the modern West. The story of the painfully slow gestation of individualism from its conception in early Christianity through the monastic movements, revolutions in church government, the creation of secular space, and finally its birth during the Reformation is rewarding, but the real value of the book lies in the understanding that this process took place only in the West and nowhere else in the world in history.

To grasp the impact of Siedentop’s thesis, readers need to place it alongside the works of Helmut Schoeck, Geert Hofstede, and Shalom H. Schwartz. Schoeck informs us that envy is the organizing principle of society and the enemy of individualism. Hofstede and Schwartz show that the distinguishing feature of the West today is the classical liberal individualism that the rest of the world not only does not share, but abhors. Within the West, the US stands out as an extreme outlier on individualism.

Of course, to round out the topic people need to read Hayek’s essay, “Individualism: True and False” to understand how socialists created a pseudo-individualism that is for the most part a resurrection of ancient Greek and Roman collectivism.

Classical liberal individualism does not exist in the modern world outside of the US and Europe, and it is dying here. The collectivist cultures of the rest of the world differ little from those of ancient Greece and Rome. If economists and politicians understood the uniqueness of classical liberalism, they would quit trying to pour new wine into old wine skins, which causes the old to explode. And they would mourn the rise of socialism.

Roger McKinney is an analyst for an HMO and teaches economics for a small private college.