How the Shrimp Tariff Backfired 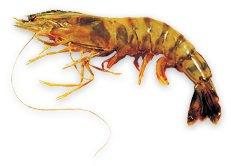 The great Frederic Bastiat (1801–1850) taught that wealth can be obtained in two ways: it can be produced or it can be plundered. Production is undertaken by entrepreneurs. Plunder is often undertaken with the express assistance of government, taking the form of tariffs, taxes, subsidies, and other interventionist measures justified as policy in the public interest.

But entrepreneurs are not easily thwarted by government intervention. Sometimes entrepreneurs respond so creatively that they render the interventionist measure almost meaningless. A classic example of an entrepreneurial response to state-sponsored plunder is the case of the US anti-dumping tariff on imported shrimp.

On December 31, 2003 the Southern Shrimp Alliance (SSA) — a lobbying organization representing shrimp fishermen and processors in eight southern states — filed an anti-dumping petition with the Department of Commerce against shrimp importers from Brazil, China, Ecuador, India, Thailand, and Vietnam. US shrimpers complained that they were the victims of "dumping" — that they were being driven out of business by foreign shrimp producers who were selling their shrimp on the US market at prices below production cost. The SSA filed the anti-dumping petition seeking tariff protection for US shrimpers.[1]

After a year of investigation, the Department of Commerce determined that shrimp importers from the six countries were indeed guilty of dumping and that the dumping had caused "material injury" to US shrimpers. In January 2005, the department imposed tariffs on shrimp imports from the six countries named in the petition. The tariff structure is not simple: different shrimp producers within the same country may be subject to different ad valorem tariff rates, but these are the most common tariff rates in each country: Ecuador, 3.58 percent; Thailand, 5.95 percent; Brazil, 7.05 percent; India, 10.17 percent; Vietnam, 25.76 percent; and China, 112.81 percent.[2]

Policymakers often fail to understand how complex economic life is. People are not machines whose behavior can be easily anticipated or manipulated. People are clever, resourceful, and purposeful. They respond to changes in economic incentives. This is especially true of entrepreneurs who are ever alert to market opportunities, even when government intervention attempts to close off opportunities. Entrepreneurs search for cracks and gaps in interventionist measures, and often find many margins to exploit.

Entrepreneurs responded to the shrimp tariff in ways that policymakers at the Department of Commerce did not anticipate. US buyers of imported shrimp, for instance, responded even before the tariff was officially in place.

Antidumping claims to the Department of Commerce have an extremely high rate of success. Despite lengthy investigations, historically the department has almost always ruled in favor of the petitioner. Now, suppose you owned an American seafood manufacturing company, and your main supplier of frozen shrimp was a Chinese firm. You learn that an anti-dumping petition has been filed with the Department of Commerce, which will very likely respond by imposing tariffs on foreign shrimp producers in six countries, including your supplier. Your supplier is likely to increase its shrimp prices.
What can you do? You can buy shrimp from a supplier in a country that is not targeted by the tariff. There are plenty of them: US firms buy shrimp from suppliers in 44 countries other than the six targeted by the tariff. Would you wait until the Department of Commerce imposes the tariff before finding a new supplier? Establishing sound and reliable ties with suppliers requires time and planning. Waiting until the government imposes the tariff before finding a new supplier only adds to the cost. Why wait?

Many American seafood manufacturers didn't wait. They began switching shrimp suppliers in 2004, while the Department of Commerce was investigating the anti-dumping petition, before even determining to impose the tariff.

US shrimp buyers were not the only market participants to respond to the anti-dumping tariff in a creative, resourceful way. Shrimp producers in the six "dumping" countries also responded in creative and resourceful ways, ways that Department of Commerce policymakers also did not anticipate.

How did that happen? Why did shrimp imports from the six targeted countries increase after the tariff was imposed on them?

Shrimp, it turns out, is not a simple product. There are many species of shrimp, and they are processed and shipped in many different forms. The anti-dumping tariff does not cover all shrimp species, nor does it cover all forms of processed shrimp products. In particular, value-added shrimp products, such as breaded shrimp and prepared shrimp meals, are exempt from the tariff.

These creative and resourceful responses — US shrimp buyers switching to new suppliers of frozen shrimp and foreign producers subject to the tariff switching production to shrimp products exempt from the tariff — have rendered the anti-dumping tariff ineffective as a means of protecting US shrimpers (and harming US seafood manufacturers and US seafood consumers). The tariff remains, however, an effective means of plunder.

The Byrd amendment was repealed in February of this year, but that hasn't stopped the plunder. With the help of some high-priced lawyers, the SSA filed a special appeal with the Department of Commerce that threatened foreign shrimp producers with more extensive tariffs. The move worked well: more than 100 foreign shrimp suppliers paid the SSA millions of dollars in return for its promise to drop the petition.[3]

The SSA has used the money to pay its high-priced lawyers, to pay lobbyists to rally government support for the industry, and to pay office expenses. Its clients — domestic shrimpers — receive nothing. Thus, the beneficiaries of the shrimp tariff are no longer domestic shrimpers, but lawyers and lobbyists.

The odd twists of this episode of protectionist plunder would not have surprised Bastiat. He understood that many factions of society would find it irresistible to use government as an instrument of plunder. But he also understood how creative and resourceful buyers and sellers in markets can be, and how market forces, led by entrepreneurs, can sometimes overwhelm state-sponsored plunder.

[1] For background and an economic analysis of dumping, see "The Fallacies of Shrimp Protectionism."

[2] The specifics of tariffs can be complex, bordering on convoluted. The particulars of the anti-dumping tariff on shrimp can be examined online.