How to Fix the Jobs Problem 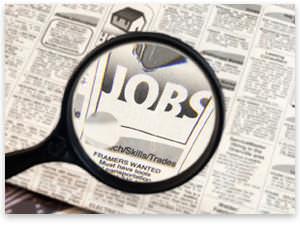 01/29/2010Llewellyn H. Rockwell Jr.
All this talk of unemployment is preposterous. Think of it. We live in a world with lots of imperfections, things that need to be done. It has always been so and always will be so. That means that there is always work to be done, and therefore, always jobs. The problem of unemployment is a problem of disconnect between those who would work and those who would hire.

What is the disconnect? It comes down to affordability. Businesses right now can't afford to hire new workers. They keep letting them go. Therefore, unemployment is high, in the double digits, approaching 17% or more. Among black men, it is 25%. Among youth, it is 30% or higher. And the problem will continue to spread so long as there are barriers to deal making between hirers and workers.

Now, that's just a few of the interventions. But if they were eliminated today, and it would only take one act of Congress to do so, the unemployment rate would collapse very quickly. Everyone who wanted a job would get one.

Depending on the credibility of the new approach, businesses would begin hiring immediately. It would be a spectacular thing to behold. However, the new approach would have to be certain and not something to be reversed in a couple of months. No one wants to invest in employees only to have them taken away. So there could be no expiration date on the new laissez-faire approach.

What is the objection to this approach? I seriously doubt that many people would dispute that it would work to end unemployment. But many people say, oh, this won't do at all. It is not just jobs we want. It is good-paying jobs!

If that's the case, you have to understand what is being claimed here. People are saying that it is better that people be unemployed rather than exploited at low wages. If so, it all comes down to your definition of exploitation. If $10 per hour is exploitation, we should be creating even more unemployment by raising the minimum wage. We could dis-employ all but a few by raising the minimum wage to $1,000 per hour.

In a market-based labor contract, there is no exploitation. People come to agree based on their own perceptions of mutual benefit. A person who believes it is better to work for $1 an hour rather than sit at home doing nothing is free to make that contract. In fact, a person who works for a negative wage — who pays for an internship, for example — is free to make that deal too.

I propose to you, then, a definition of exploitation that comes from the writings of William H. Hutt: violence or threat of violence implied in the negotiation of anything affecting the life of a worker or employer. In that sense, the present system is exploitation. Workers are robbed of wages. Employers are robbed of profits. Poor people and young people especially are robbed of opportunity.

Read any account of economic history from the late Middle Ages through to the 19th century and try to find any evidence of the existence of unemployment. You won't find it. Why is that? Because long-term unemployment is a fixture of the modern world, created by the interventionist state. "We" try to cure it and "we" ended up doing the opposite.

So it is hard for me to take seriously all the political plans for ramping up intervention in the name of curing unemployment. There is no voluntary unemployment in a free market, because there is always work to be done in this world. It is all a matter of making the deal.

All that stands between the present awful reality and 0% unemployment is a class of social managers unwilling to admit error. How much higher does the rate need to get before we admit the error of our ways?