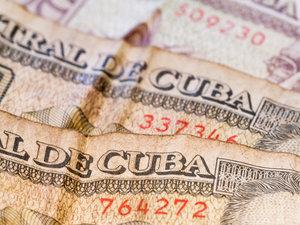 In the wake of the Obama administration’s partial normalization of relations with Cuba, proponents of the embargo condemned the move, with National Review publishing an unsigned editorial claiming that allowing Americans to trade freely with the island nation amounts to giving comfort to murderous dictators. NR’s editors concluded with:

The Cuban government is not legitimate, and never has been. It is a one-party dictatorship with a gulag, an archipelago of prisons into which democrats and dissidents are thrown. We hope that the new American policy — Obama’s policy — does not benefit the Cuban dictatorship and harm Cuban democrats. We fear that yesterday was a good day for the Castros and a bad day for the Cuban people, and for American foreign policy.

This is all very interesting from an international relations perspective, and there is no doubt that the Cuban regime is a brutal regime. On the other hand, why does the brutality of the Cuban regime make it alright for the US regime to jail and persecute private American citizens who attempt to trade with people in Cuba?

That is, after all, the position of those who favor the embargo. Embargoes are not something where a magic fairy waves her wand and Cuba suddenly becomes invisible to Americans.

No, supporting an embargo means supporting the government when it fines, prosecutes, and jails peaceful citizens who attempt to engage in truly free trade. Support for an embargo also requires support for a customs bureaucracy that spies on merchants and consumers, and the whole panoply of enforcement programs necessary to punish those who run afoul of the government’s arbitrary pronouncements on what kind of trade is acceptable, and what kind is verboten. Naturally, this is all paid for by the taxpayers.

How the American State Punishes Trade

To get a taste of the reality of embargoes, one need only consult the Treasury Department’s summary of the Cuban embargo as administered by the “Office of Foreign Assets Control.”

For those who think the embargo has something to do with freedom, they might wish to consult the section on punishments for trading with people in Cuba:

Criminal penalties for violating the Regulations range up to 10 years in prison, $1,000,000 in corporate fines, and $250,000 in individual fines. Civil penalties up to $65,000 per violation may also be imposed. The Regulations require those dealing with Cuba (including traveling to Cuba) to maintain records for five years and, upon request from OFAC, to furnish information regarding such dealings.

Nothing says “freedom” like $250,000 fines and mandatory presentation of five years of private records upon demand from the federal government.

Private companies, of course, regard such potentially draconian sanctions as no joke, and companies must spend time and resources training employees and business associates to be sure that they do not find themselves in violation of federal law. This manual from Snap-on Tools is one example of how private companies must stay up to date on details such as this:

The U.S. Treasury Department’s Office of Foreign Assets Control (OFAC) maintains strict embargoes banning, and lesser sanctions limiting U.S companies and their foreign subsidiaries from entering into commercial transactions with specified foreign countries, persons and business entities. Congress recently quintupled the maximum civil fines per violation of many of these sanctions from $11,000 to $50,000 (each unlawful shipment constitutes a violation), and doubled maximum potential criminal penalties assessed willful violations from 10 years to 20 years in prison. Moreover, enforcement is being given a much higher priority…

It’s easy to see why those who favor greater government intervention in the economy would have no problem with such a program, but it’s alleged defenders of free markets like the editors at National Review who appear to be most insistent that the US government keep all its agents armed and ready, and a prison cell open for anyone who violates their federal programs of choice.

At their heart, embargoes are nothing but a specific type of prohibition. Sometimes, the government imposes prohibitions on transactions involving certain goods, such as cannabis. Other times, the prohibition extends to all transactions with people in a certain place. The fundamentals are the same, however, in that they prohibit peaceful exchange, with heavy penalties for violators.

Moreover, embargoes are a throwback to the mercantilism of the days of yore when economic policy was viewed as a tool of international affairs, and should be designed, at least in part, to benefit the regime of the home country.

Historically, the mercantilist regimes of old tightly controlled trade opportunities which were debated as part of armistice agreements, such as the Peace of Utrech (1713) when the British were able to force the Spanish to allow exactly one ship of merchandise annually into Spanish colonies. At home, during the same era, the British state forbade its own citizens with valuable engineering knowledge from leaving the country, lest they emigrate to a foreign land and share their knowledge with foreigners. The economic needs of the state superceded those of the individual.

This is the type of economic policy that precipitated the American Revolution, when Americans in the colonies were allowed to trade with only specified nation-states and territories in such a way that was seen as advantageous to the British Crown. The freedom fighters in that conflict engaged in rampant smuggling throughout eastern North America to avoid taxes and to trade with the French and the Spanish who were hardly paragons of democratic liberalism.

Unfortunately, the Americans did not learn their lesson in the revolution, and got to work erecting their own trade restrictions by the late eighteenth century. The greatest crime of the era, however, was Thomas Jefferson’s embargo against the British which crippled the shipping and shipbuilding industries in the United States. Naturally, it was pointed out at the time that the Constitution did not permit any such action on the part of the federal government. No such quaint considerations restrain the American state or its pro-embargo allies today.

Cuba is not the only country subject to embargoes handed out by the American state, and North Korea, Iran, and Syria are in similar positions. The question is often asked as to whether or not these sanctions work. I would certainly claim that they do not work in accomplishing their stated purposes, but whether or not they work is really beside the point. Those who advocate for such embargoes need to back up a step and first prove that it is moral and legitimate for nation-states to dictate to the people who pay the bills (i.e., the taxpayers) with whom they are allowed to trade. A society that actually respects private property rights, of course, will accept no such proposition and will respect the right of private citizens to dispose of their property as they see fit. On the other hand, those who believe that it’s the prerogative of governments to micromanage private property and throw violators in prison are encouraged to move somewhere that the government can take a robust and active role in such things. Cuba, for instance.