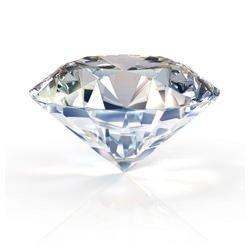 Diamonds are considered a unique resource because the price level is always on the increase without any big swings, unlike other commodities, such as gold, whose prices fluctuate (sometimes violently) in the market.

The constant increase in the price of diamonds is usually attributed to the monopolistic behaviors of the infamous De Beers Group. But the details of the monopoly are concealed from public knowledge, because they involve not only private institutions but also various governments around the world, including the United Nations.

Murray N. Rothbard explained the workings of the diamond industry in 1992:

DeBeers has persuaded the world's diamond miners to market virtually all their diamonds through DeBeer's Central Selling Organization (CSO), which then grades, distributes, and sells all the rough diamonds to cutters and dealers further down on the road toward the consumer.

Furthermore, Rothbard mentions that the CSO was sustained by the support of the South African government:

The [South African] government long ago nationalized all diamond mines, and anyone who finds a diamond mine on his property discovers that the mine immediately becomes government property. The South African government then licenses mine operators who lease the mines from the government and, it so happened, that lo and behold!, the only licensees turned out to be either DeBeers itself or other firms who were willing to play ball with the DeBeers cartel.

Eventually, the Soviet Union also made a deal with the cartel by giving a major percentage of the annual supply to De Beers. And yet this was not complete control over the global supply, because the rest of the diamond-producing nations (such as Angola and Botswana) were not part of it. Rothbard describes why Angola was not able to participate in the CSO:

First, even though the Angolan civil war is over, the results have left the government powerless to control most of the country. Secondly, the end of the war has given independent wildcatters access to the Cuango River in northern Angola, a territory rich in diamonds. And thirdly, the African-drought has dried up the Cuango along with other rivers, leaving the rich alluvial diamond deposits in the beds and on the banks of the Cuango accessible to the eager prospectors.

So with certain major players absent from the CSO, everyone predicted the demise of the cartel due to increased competition. But events took a turn for the worse. De Beers and other quasi-public companies returned stronger than ever with even more control over the diamond-supply market.

What the public ignored was the rise of a subtle tool used by De Beers known as the Diamond Trading Company. The DTC was incorporated as a joint venture between De Beers and the governments of South Africa, Botswana, and Namibia. This lucrative venture effectively allowed them to control 75 percent of the world's diamonds by value. This allowed the price of diamonds to stay relatively high and therefore create an artificial price level for the commodity. However, this was not the end of the deal. De Beers and various governments around the world were on an even bigger mission to control the entire supply of diamonds — this time through the United Nations.

The late 1990s saw the outrage over "blood diamonds," with numerous NGOs asking for immediate regulatory action from the United Nations. Blood diamonds are diamonds mined using slavery and sold for weapons that fuel a militia's (usually a nonstate group) battles. The DTC took advantage of this outrage — in spite of accusations that they too were involved.

The proposed solution to stem the flow of blood diamonds was the Kimberly Process Certification Scheme. The Process set forth the rules that all diamonds mined and sold must be certified as "conflict free." It set up the World Diamond Council to look after the Certification Process. The WDC consisted of the major diamond-producing companies and gave them regulatory authority through the United Nations. In other words, the WDC is nothing but a cartel in disguise.

There are six committees in the WDC, which is currently dominated by representatives from the De Beers Group, diamond companies based in Belgium, and the World Federation of Bourses. The WFB is another small-sized cartel in Antwerp, consisting of 29 diamond bourses.

Any diamond that enters the market must be certified by the WDC; those that aren't are considered conflict diamonds, and the individuals involved are prosecuted.

But this is just a smoke screen for a bigger motive held by the institutions of the WDC. The regulatory authority is used to control the global supply and price by stopping large amounts of diamonds from entering the market.

In fact, the WDC constantly criticizes mining companies that are not part of the cartel and subjects them to criminal prosecution. The latest victims are the Marange rough diamonds from Zimbabwe, which are demonized by the WDC and the DTC as being used to sponsor human-rights violations, when in fact they are a threat to control of the global diamond supply.

All in all, the monopoly supported by certain African governments and the United Nations ensures that the price of diamonds stays relatively high, leading in turn to undeserved profits for governments and corporations.

Sreevathsa Karanam is an economics major at the University of Houston.