How Blessed Is the State That Thus Destroyeth the Car 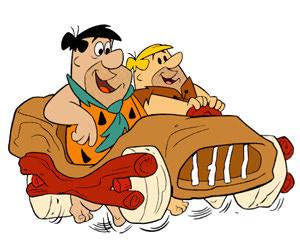 The modern state was born and built with the idea that it would bring material progress to the world.

How things have changed! Now the same state works to reverse progress in every possible way and even brag about the glorious things it is doing to make our lives more miserable.

It even has the chutzpah to tout that it alone can beat back our constant struggle to have a better life, and it expects us to thank our masters for this — and pay for the privilege.

These are thoughts that hit me as I read the New York Times report "Across Europe, Irking Drivers is Urban Policy." Yes, that's right: policies are not trying to make driving easier and less of a problem but harder and more of a problem so that people will abandon their cars and hoof it just like life before the invention of the wheel.

Now, truly, the ability to hop into a driver-directed steel contraption that can take us wherever we want to go at 200 miles per hour has to count as one of the great accomplishments in the history of mankind. The unleashing of human volition! For 100 years now, wherever we find progress, joy, and human fulfillment, we find the car. The car has very nearly conquered the great problems presented by the existence of scarcity of time and space, and made us able to achieve essential tasks. We work, live, shop, and travel where we want and get to each place in a fraction of the time it took our ancestors.

So what does the state do? It tries to stop it all. European governments are "creating urban environments openly hostile to cars," says the Times. "The methods vary, but the mission is clear — to make car use expensive and just plain miserable enough to tilt drivers toward more environmentally friendly modes of transportation."

Are European leaders even aware that they are merely reviving Chairman Mao's transportation plan? When he came to power in 1950, he declared China to be zixingche de guo, the Kingdom of Bicycles. The bike was one of three items that every citizen must own (the other two: a watch and a sewing machine). It was supposed to be a great symbol of equality and of the citizen's willingness to use their own muscle power to work for the triumph of socialism.

And so it is all over Europe, where streets are being closed, parking lots torn up, and fuel taxed to the point where it is unaffordable. In many places, speed limits are being reduced to a walking pace, and, in others, cars are being banned completely. The idea is not to build the great socialist utopia but rather to "save the environment" — and to heck with the actual well-being of human beings who pay the bills that make these states live and thrive.

And all of this for the environment? That's not the only reason. They also say that the roads are too narrow to handle high car traffic, since most date from before the car age. That's strange: city roads in the United States are also pre-car but Americans, like entrepreneur Brigham Young who built Salt Lake, thought to make them wide enough for covered wagons to make U-turns. Mostly, the real reason is that "urban planners" just don't like them and so they "generally agree that a rise in car commuting is not desirable for cities anywhere."

"These planners are secretly horrified by the sight of millions of people living well and doing their own thing."

The problem with "urban planners" — as Jane Jacobs saw — is that they do not think of people as individuals with interests who act according to their own plans with a resulting spontaneous order that makes cities great. Instead, they want to plan with a bird's-eye view of the place and force everyone to comply whether it makes people miserable or not. In the worst case, these planners are secretly horrified by the sight of millions of people living well and doing their own thing, and, like Chairman Mao, cry out for what they believe should be a more orderly system.

Armed with the power of the contemporary state — which is destroying prosperity and civilizational advance because, as it turns out, doing this is the only thing it is good at — the urban planners are accomplishing their goal, but to what end? Is reversing a century of progress a good way to make life better? The planners think so, because they have a different idea of what life should be like. They want the city to be more like an ant farm than a place for choosing, dreaming, and accomplishing. The static existence of workers and peasants under communism seems much more to their liking.

The NYT story suggests that it is very different in the United States, where the planners think cars are just fine. But this is not so. The war on the car dates back a half century. Not even the interstate highways were really built for cars. They were built for military trucks to roll around the country and control it in the event of an invasion or an uprising. The car has never really had friends in government. The car is a product of private markets, used by individuals to accomplish individual goals.

In talking about my new book, It's a Jetsons World, I've mentioned that if government didn't own the streets and so heavily regulate transportation innovation, we might already have flying cars by now. The claim can't be proven or disproven, but that's the way it is in a world lacking in verifiable claims about what might exist in the absence of government controls and punishments on innovation and production.

But think of how little progress is actually taking place even where the car is mildly tolerated.

A new Honda Accord zipped by me the other day, and I confused it for a Lexus, and a new Lexus zipped by that looked pretty much like my 1995 Accord, and then it occurred to me: is the car really improving or are we cycling through body styles the way we cycle through tie widths? That's what companies do in sectors in which consumers want only innovation in style but not structure (men's clothing). But that's not true in transportation. Yes, there are new safety features and cool built-ins in the new models. But why do the "concept cars" of the main carmakers never make it to the roads? And why do some people claim that the car has never been better than it was some 50 years ago? What innovations are we missing out on?

A vast central plan really does govern the production of cars for sale in the United States. There are Corporate Average Fuel Economy standards, regulations on everything from tires to air conditioning, federal mandates on safety and engine size, and many thousands of other issues. There's not a part of the car that isn't subject to something or other, all the way down to the exact shape of the error lights in the dashboard. How much room for innovation really remains?

It is as Bastiat said of the mixed economy. We will never know for sure what innovations never became a living part of our economic world because regulations hamstrung the innovators. We will never know for sure what kind of material blessings might have come our way had it not been for the daily looting of capital and creativity that takes place under the rule of Leviathan.

The government has always been the enemy of progress, even when it claimed to be its friend. In more recent history, we are hearing increasingly honest statements from the people in charge. They want regress and they are giving it to us good and hard. If this keeps up, the only land with real progress will be the one created in the digital universe, where the planners are either too slow or too stupid to regulate us back to the Stone Age they envision as their ideal.