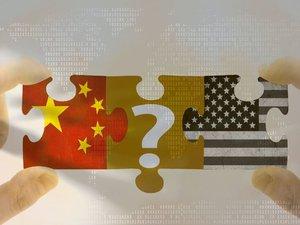 From reading the commentaries you might have imagined that the process of a currency winning international reserve status depends on getting the IMF seal of approval. At least that seems to be the story with China.

So, strange to tell, the great international monies of the past evolved either before the IMF was created or without its help. Think of the Deutsche mark and Swiss franc — the two upstarts of the 1970s and 1980s — or briefly the Japanese yen when it enjoyed great popularity. Their emergence was due to the path of monetary stability chosen by their issuing authorities together with complete freedom from restrictions.

So why is the world of currency diplomacy now playing along with the nonsense of the IMF examining whether the Chinese yuan has met the criterion to become a reserve currency?

Incidentally, the last time that Washington body bestowed “reserve currency status” it was with respect to the Australian dollar and Canadian dollar, on the eve of the bust for the respective commodity and carry trade bubbles which sent them to their respective skies.

Beijing and DC Pick the Winners and Losers

The question as to why the Western world is playing along with the official Chinese currency charade is part of a more general point. Why do Western governments pursue non-market trade diplomacy so enthusiastically with Beijing?

Think of the repeated times that Chinese communist party dictators traveled to a particular Western capital to hand out their list of chosen beneficiaries of Chinese corporate (mostly state) spending. These dictators were welcomed by fawning officials and bureaucrats who assured us that they also brought up, with muted whispers and inaudible comments, the problem of human rights to their guest.

And, by the same token, why are there high profile visits of Western leaders to China, presenting their own list of chosen industrialists selected to pick up the new business deals? This is not the way free markets, and global free trade, in particular, is meant to work.

If it smells like a rat it probably is a rat, and so it is with respect to these deals by collusion between China and Western governments, and their chosen corporate protégés, whether on currency or trade or investment matters. This is all an exercise in some combination of crony capitalism (with cronies on both sides!) and diplomacy by stealth. The gains and gainers are deliberately kept opaque. The losers are much less evident than the gainers, on whichever side of the fence, but principle and practice tells us that the total losses are much larger than the gains.

In particular, how much more prosperous would China be today under a regime of currency freedom and well-functioning markets, than under the cozy order of restrictions and preferred access (to capital and trade) put together by Beijing and foreign governments in cahoots? And how much are Western priority systems for getting Chinese capital and orders to favored domestic destinations distorting the signals which guide the invisible hands? And how far is the secret — or not so secret — G-20 currency diplomacy, related to China, abetting the most serious episode of currency warfare since the 1930s?

Think about the new currency offensive launched by Europe last month when ECB Chief Draghi’s calibrated remarks about further QE drove the euro down by 3–4 percent against the US dollar in 24 hours, which was double the extent of any Chinese currency maneuvers earlier in the summer. And in the bigger picture, China’s mini currency devaluation hardly smacks of currency warfare compared to moves ten or even twenty times greater by Europe and Japan in the past three years.

So why did Beijing agree to the mild censoring which occurred at the last G-20 meeting (in Lima) of its own mini-devaluation when it could have called on Europe and Japan to halt their currency warfare?

A plausible answer is that Beijing has no interest in facilitating the emergence of a free market in its currency together with full convertibility. If silence is required on currency warfare as the price of getting its coveted currency reserve status, then so be it.

Yes, a fully convertible Chinese currency might well find a substantially lower level than today’s official rate. Much would depend on what steps accompany the road to convertibility. Would there be broad-based liberalization in the Chinese economy and markets such as to make assets there more attractive to both domestic and international investors in the context of improved prospects of economic prosperity? Or would the road to convertibility simply facilitate a flight of capital out of the country with little foreign appetite to engage in the opposite direction?

There is little indication that the Chinese leadership would take the market reform route, which incidentally might seriously undermine the basis of the rents enjoyed by themselves and their connected state enterprises. In effect, there is an unholy alliance between the West and Beijing on only limited reforms and the currency status quo as blessed by the IMF. Meanwhile, currency wars remain a protected activity of the large powers outside China.

Official game plans do not always work out as hoped. It remains to be seen whether the continued and accelerated path of monetary easing by Beijing is consistent with only a mini-devaluation of the Chinese currency. There is anecdotal evidence of Chinese retail investors now engaging themselves in a new bout of yield-search frenzy in the local high-yield bond markets. That may not endure in the face of a rising tide of default. And the massive yuan carry trade which built up in the past few years could contract much more forcefully in coming months in the context of shrunken yield gaps and credit market cool-down.

Brendan Brown is a founding partner of Macro Hedge Advisors (www.macrohedgeadvisors.com) and senior...

Even When There Is Inflation, the Fed STILL Fights Falling Prices

Forget the notion that the Fed "fights inflation." In fact, the Fed exists to promote inflation.

Will Japan ever change course on its negative interest rates? Only if voters begin to realize that the lack of...