GET NEWS AND ARTICLES IN YOUR INBOXPrint
A
A
Home | Mises Library | H.L. Mencken on Liberty and Government

H.L. Mencken on Liberty and Government 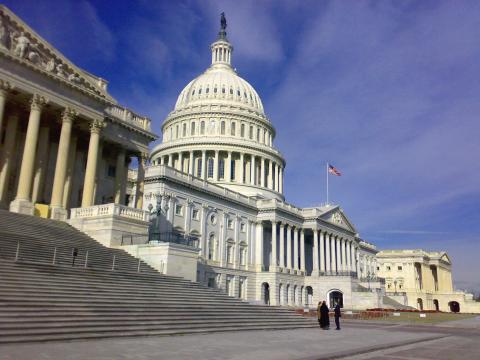 Henry Louis (H.L.) Mencken was perhaps America's most outspoken defender of liberty in the first half of the 20th Century.  And a major theme of his writings was that "Every decent man is ashamed of the government he lives under."

It is worth remembering some of the reasons he gave for that shame, since, by the same standards, the government is even more shameful today than when Mencken wrote.

The basis justifying shame in our government lies in the appropriate role of government:

"The ideal government of all reflective men, from Aristotle onward, is one which lets the individual alone-one which barely escapes being no government at all."

"Good government is that which delivers the citizen from being done out of his life and property too arbitrarily and violently-one that relieves him sufficiently from the barbaric business of guarding them to enable him to engage in gentler, more dignified, and more agreeable undertakings..."

The problem is that our government has rushed in a torrent beyond those proper bounds:

"Law and its instrument, government, are necessary to the peace and safety of all of us, but all of us, unless we live the lives of mud turtles, frequently find them arrayed against us..."

As our government has overflowed its proper and Constitutional banks, it has increasingly turned to tasks it cannot do well, if at all, and attracted many who are willing to not only overlook, but compound its failings, if only they can take the reins of power.  And this leads to no end of shameful behavior:

"All government is, in its essence, organized exploitation, and in virtually all of its existing forms it is the implacable enemy of every industrious and well-disposed man."

"Every election is a sort of advance auction of stolen goods."

"The storm center of lawlessness in every American State is the State Capitol.  It is there that the worst crimes are committed; it is there that lawbreaking attains to the estate and dignity of a learned profession; it is there that contempt for the laws is engendered, fostered, and spread broadcast."

"Of government, at least in democratic states, it may be said briefly that it is an agency engaged wholesale, and as a matter of solemn duty, in the performance of acts which all self-respecting individuals refrain from as a matter of common decency."

"A professional politician is a professionally dishonorable man.  In order to get anywhere near high office he has to make so many compromises and submit to so many humiliations that he becomes indistinguishable from a streetwalker."

"The theory behind representative government is that superior men-or at least men not inferior to the average in ability and integrity-are chosen to manage the public business, and that they carry on this work with reasonable intelligence and honest.  There is little support for that theory in known facts..."

"The government consists of a gang of men exactly like you and me.  They have, taking one with another, no special talent for the business of government; they have only a talent for getting and holding office."

"The whole aim of practical politics is to keep the populace alarmed--and hence clamorous to be led to safety--by menacing it with an endless series of hobgoblins, all of them imaginary."

"[Government's] great contribution to human wisdom...is the discovery that the taxpayer has more than one pocket."

"It is the fundamental theory of all the more recent American law...that the average citizen is half-witted, and hence not to be trusted to either his own devices or his own thoughts."

"It is the invariable habit of bureaucracies, at all times and everywhere, to assume...that every citizen is a criminal.  Their one apparent purpose, pursued with a relentless and furious diligence, is to convert the assumption into a fact.  They hunt endlessly for proofs, and, when proofs are lacking, for mere suspicions."

"The true bureaucrat is a man of really remarkable talents.  He writes a kind of English that is unknown elsewhere in the world, and an almost infinite capacity for forming complicated and unworkable rules."

"Government is actually the worst failure of civilized man.  There has never been a really good one, and even those that are most tolerable are arbitrary, criminal, grasping, and unintelligent."

Mencken received criticism for his attacks on government for its abuse of American liberties, and he was considered both radical and dangerous by some.  But even for those accusations, he had a defense for his radical commitment to liberty, one which is worth remembering today:

"The most dangerous man, to any government, is the man who is able to think things out for himself...  Almost inevitably, he comes to the conclusion that the government he lives under is dishonest, insane and intolerable."