The High Cost of "Free" 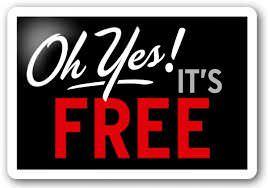 Why does a large portion of the population choose not to work when there are many jobs available? The answer is simple. If you can receive 2-3 times as much money from unemployment, disability, and/or welfare benefits (subsidized housing, food stamps, free cellphones, etc.) as you can from a temporary or part-time job, and live a life of leisure, why work? In 2011, the U.S. government spent over $800 billion1 on this “welfare,” exceeding expenditures on Social Security or Medicare.

In the Denver arena where Mr. Obama gave his DNC 2008 acceptance speech, a woman in the audience became overwhelmed by the speech and said that she no longer needed to worry if she could make her car or mortgage payments because he would take care of it for her. In Cleveland, a woman claimed that she was going to vote for President Obama again because he gave her a free cellphone (along with a litany of other entitlement giveaways). Before you growl, you should know that the free cellphone program was instated by President Bush in 2008 through the FCC’s Universal Service Fund. Fees for these “free” cellphones are paid by all telecommunications service providers out of the revenue received from their paying customers. Despite the political rhetoric over the past half century, entitlements were actually highest during Republican administrations. The political allure of free is bi-partisan.

The political allure of free is so strong that an alarming number of people choose to become wards of the entitlement/welfare state rather than captain their own destiny. Economist Nicholas Eberstadt of the American Enterprise Institute believes that Americans have become a nation of takers, threatening the self-reliance that has long characterized our national psyche. Eberstadt (2012, p. 4) presents data showing that entitlement payments to Americans, since 1960, have risen annually by 9.5 percent. He argues that over the past 50 years the ever-increasing array of transfer payments to Americans have risen 727 percent. In 2010 such payments alone totalled $2.3 trillion with Social Security (for old age and disability) accounting for 31 percent, Medicare 24 percent, Medicaid 18 percent, Income Maintenance 12 percent, other giveaways (free cell-phones, support for a broken education system, housing, the arts, etc.) 8 percent, and Unemployment Insurance 6 percent (Eberstadt 2012, C1-2). This has resulted in 49 percent of American households receiving one or more government transfer benefits (Eberstadt 2013); this amounts to 18 percent of all personal income and a burden of $7,400 for every American.

The Balance Sheet on Government Giveaways

Our economic analysis shows that retirees who worked for 40 years and then live 20 years past retirement will receive more than twice what they, and their employers, contributed over their lifetime of working. Only retirees who survive a decade or less after their retirement do not take more out of Social Security than they contributed. Most people will agree that the retirees should receive his/her Social Security benefits at retirement. But with people living longer, who will pay for all the additional benefits now promised? Most people who have not done their homework (including Congress) fail to realize that the numbers for Medicare benefits exceed those for Social Security. Since 1965, Medicare required less than a 3 percent contribution from a worker’s gross wages, yet most people receive over $250,000 in medical benefits before reaching the age of 74, assuming no catastrophic illness. You can do the math on your own wages, assuming a lifetime salary of $100,000 per year for all 40 working years, a worker will have paid in only $120,000 into the Medicare system. Congress, after agreeing to take care of everyone after retirement for the rest of their lives, has broken a sacred trust and used incoming contributions to fund other government expenditures, instead of letting the contributions build over the past 50 years.

The U.S. Census data show that in 2000 the percentage of Americans existing at or below the poverty level was 11.3 percent or 31.1 million people. The 2010 census showed a 75 percent increase in reported poverty by Americans rising to 15.1 percent or 46.2 million people from the previous census. As with most government statistics, there is ample room for politicized error. For example, when people get laid off from work, there is reason to believe that many join the underground economy and do not report their income. Rahn (2009) reports that 26.5 million households are either unbanked or underbanked (from FDIC data) and that while the economy may be improving slightly, the growth in the underground economy should be decreasing but isn’t.

Why work if you can’t find a comparable job to what you had before you were laid off and the government will give you free living expenses? We have analyzed what a single parent with three children is eligible to receive from the state and federal governments in a given year, working a part time job at minimum wage living in Florida (a relatively benefit-frugal state). Free and subsidized benefits include: housing, welfare, utilities, telephone, school breakfast and lunches, child care, medical care, food stamps, commissary food, prescription and non-prescription medications, education, education testing, and refundable tax credits. All of these benefits are in excess of $47,000 per year, exceeding the poverty level in Florida by 200 percent.

Researchers at the National Bureau of Economic Research cite studies suggesting that in difficult economic times approximately 30-40 percent of those applying for disability would return to the workforce if the economy were better and disability were not an available option (Autor and Duggan 2006, p. 19).

Many people add to their free government benefits through working in the underground economy and pay taxes on none of it. Others choose another free government benefit. Since mid-2010 (the date when millions of U.S. citizens exhausted their 99 weeks of unemployment insurance) the number of workers on Social Security Disability Insurance (SSDI) benefits rose by 22 percent, an increase of 2.2 million people.

Workers with disability now get nearly a 20 percent chunk of the total Social Security benefits budget and the number has increased (Kowalski 2012). Kowalski refers to a government study that shows that 99 percent of people who have been granted SSDI benefits remain on this entitlement the rest of their lives. Economists David Autor and Mark Duggan (2006) argue that the spiral in SSDI claims by the non-elderly adult population is the result of three main factors: (1) Congress has dropped the threshold for receiving disability benefits (inability to function in a work-like setting); (2) Congress has increased the level of benefits for recipients giving people more incentive to apply. (3) Congress increased the number of people in the workforce covered by SSDI (Autor and Duggan 2006, p. 8-11). The allure of free has made the political class very proud of its accomplishments in creating a welfare-dependent state.

When government programs are seemingly free, recipients tend to use them more. Medicare is a perfect example, where pharmaceutical and diagnostic tests multiply with the change in new benefits (Pauley 2004). Research shows that even when controlling for age and medical condition, if medical care is a bargain, people on Medicare as opposed to people on private insurance utilize 50 percent more care (Matthews and Littow 2011). They point to the fact that especially when Medicare patients have supplemental care in the private sector, their out-of-pocket expense nears zero, encouraging even more utilization. They conclude: “Since private insurers are much better at controlling utilization and reducing fraud, why not turn to the private sector to resolve Medicare’s excessive utilization?” (p. A16)

Mises (1990) analyzed this double-edged sword of government dependency and the cost to human value. Today, George Gilder (2012) echoes this risk by pointing out that 70 percent of government discretionary spending devalues human life by paying people to be disabled, sick, reproduce, be unemployed, unmarried, retired, poor, homeless, hapless, or drugged. He believes these supposed problem-solving programs accomplish nothing beyond expanding themselves by spreading dependence and tragic waste and saying: “Reforming them [the first rule of bureaucracy (Pettegrew and Vance 2012)] is all upside.”

The original title of this article was simply “The Allure of Free” but as we read through Dan Ariely’s Predictably Irrational: The Hidden Forces that Shape Our Decisions, we discovered two references to “the allure of free.” To avoid any accusations of plagiarism we have thus added the term “political” to our title with this recognition of Ariely’s earlier use of the phrase.

Loyd S. Pettegrew is professor of communication at the University of South Florida and also runs his consulting firm, Decision Strategies Group, Inc., which performs research and training for corporations.

Carol A. Vance, Esq., CPA is an instructor in Tax & Business Law at the University of South Florida, Sarasota-Manatee and a practicing CPA and tax attorney.

Matthews, M. and Litow, M. (2011). “Why Medicare patients see the doctor too much: Relying on unelected bureaucrats, such as Obama Care’s independent payment advisory board to ratchet down Medicare price controls won’t control overutilization.” Wall Street Journal, July 11, p. A16.

Rhan, R. (2009). “The underground or ‘black’ economy is rising, and the fault is mainly due to government policies.” The Washington Times, December 9. http://www.washingtontimes.com/news/2009/dec/9/new-underground-economy/?page=all