Healthcare in the Crosshairs 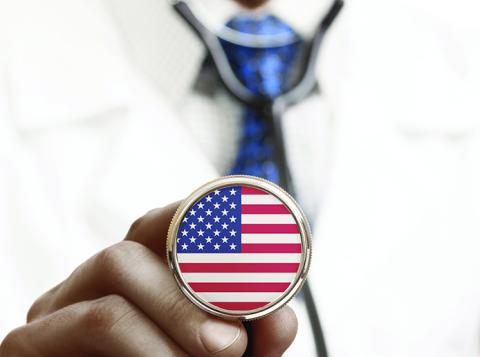 THE AUSTRIAN: What are some of the fundamental ways that regulation is stifling growth in the number of people who can provide healthcare?

MICHEL ACCAD: Licensing of healthcare personnel is certainly the most fundamental way that regulation impedes the number of people who can provide care. However, the supply of healthcare personnel must be considered in relation to the demand for healthcare services which, in the United States, has been massively subsidized by government. The demand subsidies have been both direct, through the Medicare and Medicaid programs, and indirect, through regulations that have enabled the emergence of the private health insurance industry.

To make things more complicated, the government has also responded to the resulting shortage of healthcare personnel by facilitating its importation on a large scale, through special immigration regulations and initiatives for foreign-trained nurses and doctors. On top of that, federal and state governments are now granting some non-physician personnel, such as nurse practitioners, the privilege of practicing like doctors. Given these crosscurrents in supply amidst an artificial boost in demand, it is impossible to tell if there is a real shortage or an actual glut of doctors and nurses!

TA: But it seems that the regulatory state doesn’t stop with licensing and controlling the growth of personnel. Are there limitations on facilities and firms that can provide healthcare also?

MA: Indeed, facilities such as hospital and surgical centers are also tightly controlled. In many states, anyone wishing to build a new hospital must apply for a “certificate of need” or CON. In some cases, CONs must also be obtained before acquiring or expanding an existing facility. A CON may likewise be required before opening a new outpatient surgical center or a nursing home.

CON legislations were passed under the assumption that central planning by the state would optimize the supply of facilities, avoid excess use of healthcare services, and ensure adequate provision of care for underserved populations. CON legislations are now widely recognized as having badly failed in all of these aims: CONs reduce competition for existing facilities, are associated with increased healthcare prices, and result in diminished access to healthcare services. Several states have repealed their CON legislations, but such laws remain active in 35 out of 50 states.

Federal law also interferes with the supply of hospitals. For example, the Affordable Care Act (ACA) prevents any new physician-owned hospital (POH) from participating in the Medicare and Medicaid programs based on the dubious claim that POHs are more likely to spur demand for healthcare services than non-OHs. This ban, of course, diminishes competition. Naturally, the ban has been defended by the established hospital conglomerates.

Even prior to the ACA, federal legislation had placed a moratorium on payment to new niche hospitals providing specialized services, such as heart or spine surgeries. Those hospitals were known to offer very efficient, high quality care. The American Hospital Association, however, argued that this was affecting the income of the larger general hospitals and succeeded in getting any new specialty hospitals that might be built banned from the Medicare and Medicaid programs. Needless to say, this ban has completely halted the construction of new, efficient, and potentially cost-effective facilities.

TA: How far back does this go? At what point did healthcare become so heavily regulated?

MA: Regulation of healthcare in the United States goes back 100 years or so, when the lobbying efforts of the American Medical Association led to the passage of medical licensing laws in the mid-1910s. Prior to that time, healthcare was essentially a free-market industry that, contrary to the standard account, was flourishing and providing very high-quality care. It is in this free market environment that the finest medical institutions in the world emerged. Classic examples are the Johns Hopkins Hospital and the Mayo Clinic. And while there were undoubtedly quacks and snake-oil salesmen in those days, historical scholarship reveals that the charlatans were being driven out of business rapidly by well-trained medical personnel.

What’s more, prior to the passage of licensing laws, the United States had the highest number of physicians per capita in the world, and healthcare was extremely affordable, even at institutions providing technically advanced surgical treatments, such as the Mayo Clinic. After the passage of licensing laws, however, the number of physicians per capita declined, disparities in access to care in rural areas and among the poor — particularly among blacks and minorities — became acute, and the cost of healthcare began to rise dramatically. Unfortunately, and as Ludwig von Mises would have predicted, the response to the cost crisis that followed the introduction of medical licensing was more regulation, not less.

What is also underappreciated about the introduction of medical licensing is that it favored a certain philosophy of health and medicine. Licenses became contingent on completing a medical curriculum that promoted very aggressive and interventionist care. That curriculum was not universally endorsed by the medical community at the time. Many well-respected physicians, such as William Osler, rejected it. Nevertheless, once that particular educational curriculum became the basis on which licenses would be issued, the culture of American medical care changed, becoming highly interventionist. From an economic standpoint, this cultural factor undoubtedly contributed to the rise in costs that have been characteristic of the US system ever since.

TA: Is there anything physicians and other healthcare providers can do to somehow work outside the regulatory apparatus?

MA: Absolutely. A small but growing number of doctors are choosing to skirt many of the onerous regulations by stepping outside the government-insurance payment system. This trend is very dynamic among primary care doctors who offer their services to patients on a cash basis, the so-called direct primary care (DPC) movement. DPC can be affordable and meet the need of the considerable number of people who either remain uninsured or who may have insurance but still have great difficulty gaining access to a doctor within the insurance system.

By dramatically reducing their compliance and payment overhead, DPC doctors can also disentangle themselves from unhealthy partnerships with other doctors or with provider networks. Such partnerships mainly serve the purpose of reducing overhead and of increasing bargaining power with insurers. However, they can also place doctors in a conflict of interests and reduce their ability to provide the best care to patients. As a result, even patients who have generous benefits can find that DPC doctors are more responsive to their needs.

Outside of primary care, there is also a very hopeful trend among surgeons who perform procedures on a direct cash basis for a fraction of the price that the same procedure would cost if it were billed through the government-insurance system. A pioneering example is the Surgery Center of Oklahoma which posts its prices for a broad range of procedures on its website — a rarity in healthcare today.

For the time being, direct cash payment for medical procedures is limited to outpatient surgeries. Technological advances, however, are rapidly increasing the scope of outpatient treatments. Therefore, the number and complexity of procedures that can be provided in this manner will likely increase and will likely provide
downward pressure on prices.

TA: What are some basic legal or regulatory changes that could be made to encourage markets to provide larger amounts of healthcare services?

MA: Of course, the most radical way to dismantle and restore health to the healthcare system would be to repeal licensing laws, but this is unlikely to happen anytime soon! Besides, the actual number of healthcare personnel may not be in real shortage since, as I argued earlier, the demand for healthcare services is artificially boosted by subsidies coming from the government-insurance system.

A more realistic pathway is to repeal state and federal laws that hamper the growth of private healthcare facilities, such as outpatient surgery centers and specialty hospitals. Certain states also have protective regulations that prevent DPC physicians from buying medications at wholesale prices and passing the savings to their patients. And some laws make it more onerous to conduct simple laboratory tests in the doctor’s office. The repeal of such laws would help build positive momentum for the direct care movement.

And if regulatory reform is not forthcoming at home, competition will come from other countries. “Medical tourism” is already booming, and there are international facilities that provide high-quality, technologically intensive hospital care for American patients at a much-reduced‌ price. One such state-of-the-art facility was recently built in the Cayman Islands by a well reputed Indian heart surgeon in partnership with Ascension Health, a US-based Catholic hospital chain. The facility provides coronary bypass surgery for about $35,000, when the same procedure would cost $150,000 or more in the United States.

The emergence of market solutions in the face of relentless government interference in healthcare is a very hopeful trend. It reminds us that in the promotion of true health, freedom of choice is of the essence.