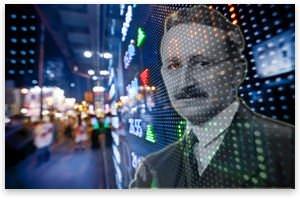 08/22/2011Jeffrey A. Tucker
Did you ever have the feeling that we've been through this before?

Think of it. Those in charge have only recently sworn — yet again! — that if we keep interest rates at zero, keep battling the symptoms of recession and unemployment with spending and jobs programs, clobber the speculators with regulations, and otherwise keep trying to revive moribund industries, all will be well. Just don't cut government spending or let interest rates rise!

So where have we heard it all before? It was the 1930s, when the battle between F.A. Hayek and J.M. Keynes raged in the English-speaking world, not only in the academic journals but in the newspapers in London and the United States.

Hayek gave a series of lectures based on his previous works in German that tried to explain that the ruling elite and their theoretical apparatus had it all wrong.

In a thousand different ways he said the same thing: "To combat the depression by a forced credit expansion is to attempt to cure the evil by the very means which brought it about."

Further, "because we are suffering from a misdirection of production, we want to create further misdirection — a procedure that can only lead to a much more severe crisis as soon as the credit expansion comes to an end."

The essays in which Hayek so prophetically explained the boom and bust are collected in the most convenient form possible: Prices and Production and Other Works. It is a 528-page book that explores every conceivable aspect of business cycles.

Because this book is in print, it is really inexcusable that the same errors should be revisited upon the world today, strangling growth and driving every major economy further into the depths.

Now, granted, many decades went by when these writings were hard to come by. Many people had only bound photocopies they would let others borrow. But since 2008, the Mises Institute has had them all gathered in a single book, with explanatory material and at the price of $25.

Wherever this book lands, and wherever it is read and studied, the answers to what to do and what not to do are clear as bottled water. Hayek could barely mask his frustration. This was hardly the first time that governments and central banks had tried to cure the bust with the very poison that had destabilized the economy in the first place.

He cites, for example, the expansionary policy of the Fed in 1927, which the Fed itself described as "the greatest and boldest operation ever undertaken by the Federal Reserve System." In Hayek's view, it was this very action that caused the explosion in stock prices that led to the bust that wouldn't seem to go away.

He concludes, already in 1932: "We must not forget that, for the last six or eight years, monetary policy all over the world has followed the advice of the stabilizers. It is high time that their influence, which has already done harm enough, should be overthrown."

Note the constant focus: the root of the problem is to be found in the boom, not the bust.

Hayek's frustration was not so intense as to prevent him from very patiently refuting every theory that imagined that the business cycle was caused by something other than monetary factors. He marched through the theories one by one until he concludes that only a distortion in monetary signaling can cause so many to be so wrong in their investment decisions.

Turning to positive theory, Hayek celebrates J.B. Say's view that, absent such interest rate and monetary manipulation, there can be no tendency for entrepreneurs to make such systematic errors that create economy-wide booms followed by busts.

And here we have the heart of the difference between Hayek and Keynes: one knew that markets work to give us the best of all possible worlds, while governments create and exacerbate malfunctions; the other imagined that governments were somehow capable of both perceiving and correcting malfunctions by means of the printing press, provided the right technocrats are in charge.

The fundamental differences are obvious in the 60-page critique that Hayek wrote of Keynes's own Treatise on Money (1930). The criticism came out in 1931, even as Keynes was working on his General Theory. Hayek — who, as Joseph Salerno points out in the introduction to the collection, was very young at the time but had the courage to correct the current giant of the English-speaking profession — corrects Keynes on point after point.

Hayek offers a polite but devastating demonstration that Keynes (a) was unfamiliar with any of the most sophisticated capital theory emerging from the Austrian tradition, (b) contradicted himself constantly, and (c) was so unclear in his writing and thought that he made serious correction almost impossible.

After this essay appeared, Keynes casually dismissed it with the comment that he no longer accepted the views put forward in that book. Keynes went one step further and wrote a petty attack on Hayek's own book! Hayek was so discouraged by this that he was loath to take up criticizing the General Theory with the same level of detail.

The experience of the 1930s and since underscores that Hayek's view, beautifully presented in this book, is the one that conforms to reality. Hayek is fastidious in crediting Ludwig von Mises for having been the first to link together all the theoretical parts that make up the Austrian business-cycle theory. Mises is "certainly to be regarded as the most respected and consistent exponent of the monetary theory of the trade cycle," he writes.

Hayek's argument is relentless but all the more praiseworthy given the times. Unlike today, where the dissent against the stimulus is intensifying, Hayek and Mises had very few colleagues whom they could count on to back up their arguments. For this reason, however, Hayek, writing in English, must have felt a special burden of proof. He wrote with vigor, scientific precision, and passionate intensity about the entire topic of boom and bust.

It's as if Hayek had an object in his hand, turning it slowly every which way and describing its shape, color, and size in every way he knew how.

It is also in these essays that Hayek first laid out the triangles that illustrate the relationship between time and the stages of production. This was a true innovation and one of his most lasting contributions to economics. The Hayekian triangle is brilliant in its simplicity, but it highlights a point that had been lost on economists at the time and has still not penetrated today: the capital structure is incredibly complex and embeds a vast range of time horizons within the plans of every actor.

Only a full comprehension of this point prepares a person to see how it is that the manipulation of interest rates by the central bank can cause such damage. But Hayek is also careful to note that reversing the course of monetary policy is probably not enough to end an economic bust.

Monetary policy might have caused the boom, but monetary factors alone are not enough to explain the fullness of the bust. There are other factors: taxes, which discourage savings and production; regulations, which block discovery and entrepreneurship; government spending, which draws resources out of the private sector; debt, crowds out investment, and more.

Hayek concludes by calling not only for an end to discretionary policy but also "a radical revision of public policy" in all areas. The same is precisely true today, which is why rereading Hayek's work from the late 1920s and 1930s is at once eerie and enlightening.

Many decades went by before English-speaking readers were made aware of a parallel series of writings that were taking place in Austria at the time. Mises himself wrote during the same period from 1928 to 1936 and on the same issues. His essays are collected in a book that is a kind of companion volume: The Causes of the Economic Crisis.

However, here we find a much clearer presentation: a different personality, a different audience, a different mode of writing and thinking. If anyone is left with a lack of clarity after reading Hayek, Mises provides the essence of the issue at hand in 1931:

Credit expansion cannot increase the supply of real goods. It merely brings about a rearrangement. It diverts capital investment away from the course prescribed by the state of economic wealth and market conditions. It causes production to pursue paths which it would not follow unless the economy were to acquire an increase in material goods. As a result, the upswing lacks a solid base. It is not real prosperity. It is illusory prosperity. It did not develop from an increase in economic wealth. Rather, it arose because the credit expansion created the illusion of such an increase. Sooner or later it must become apparent that this economic situation is built on sand.

Those words could have been written this very day, describing our very predicament. So it is with Mises and all the Austrians. They wrote not just for their times but for all times.