A Half-Right Monetary Reform for Iceland 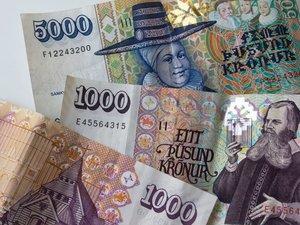 The prime minister of Iceland recently commissioned a report by Frosti Sigurjonsson to recommend a better money and banking system for Iceland. The recently released report recaps Iceland's sorry history of money and banking disasters and lays the majority of the blame for the 2008 collapse on the institution of fractional reserve banking, which caused an out-of-control increase in the money supply. Sigurjonsson recommends the abolition of fractional reserve banking, a separation of deposit and loan banking, and an end to deposit insurance.

Unfortunately, Sigurjonsson also recommends more power for the central bank through what he calls the “sovereign money system.”

Sigurjonsson is correct that the central bank lost control of the money supply in the years leading up to 2008 as the banks leveraged their excess reserves into new loans, which created new money. In turn, this led to greater involvement from the central banks since, as Sigurjonsson notes, it was the duty of the Central Bank of Iceland (CBI) to "provide banks with reserves as needed in order to not lose control of interest rates or even trigger a liquidity crisis between banks."

He then accuses the private banks of lending for speculative rather than worthwhile purposes. Curiously, though, he has no such concern over government control over this powerful economic lever. He is confident that the central bank would expand and contract the money supply in a fashion that would be beneficial to all society and that government would spend new monies only for purposes that would benefit the nation.

Sigurjonsson believes that government needs the power to introduce new money to meet the needs of an expanding economy and that the central bank and government will do so for the good of the nation as a whole and not for private purposes. At a minimum he believes that the money supply must expand in order for the economy to expand. In this regard he is a full-fledged Friedmanite, who little understands the adverse impact of even a low level of money growth on the structure of production. On the contrary, he sees money growth as necessary for economic growth and has full confidence that government will spend any newly created money only for good.

It is obvious that either he's never heard of public choice theory or does not subscribe to its conclusions. Really, who today believes that government, which after all is manned by some of the most fallible humans in society, can (1) be completely altruistic in its spending decisions and (2) would know what is best anyway? (I refer Sigurjonsson to F. A. Hayek's wonderful Nobel speech in which he clearly articulates his theory of the pretense of knowledge.)

Sigurjonsson concludes his proposal with a call for what he terms the "sovereign money system." Right away we have reason to be concerned when he states "The CBI will create enough money to promote the non-inflationary growth of the economy." He would separate money creation from money allocation. A money creation committee would decide how much money to create and then the parliament would decide how to spend it. New money would serve five purposes: fund new government spending, reduce taxes, pay off the public debt, provide a citizen bonus, and increase lending to business. Money would not be backed by debt, but would be a sovereign asset created at will.

The proposal does remove the ability of banks to increase the money supply through the lending process. All to the good so far. But it then transfers this power to government. It allows government to spend what it wishes, as long as the money creation committee goes along, by counterfeiting whatever amount is desired. Government would not be required to increase taxes or issue new debt. This is a counterfeiter's dream! It’s also a government dream. Somehow, I have little confidence that the money creation committee will not go along with whatever spending plans the parliament desires.

In short, Sigurjonsson wants to rein in the ability of private banks to expand the fiat money supply while giving free rein to central banks.

On the other hand, perhaps Iceland's central bank and government will exercise their money printing power with discretion long enough for the rest of the world to see the benefits of abolishing fractional reserve banking and moving toward a one hundred percent fiat reserve system. After that we can fight the next battle — prohibiting central banks from expanding the fiat money supply and then finally tying money to specie at a legally enforceable ratio. At that point money production can be turned over completely to private hands and the central bank abolished.