GET NEWS AND ARTICLES IN YOUR INBOXPrint
A
A
Home | Mises Library | Gun Control: Fashionable Prohibition for Modern Lawmakers 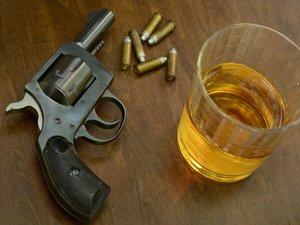 With the latest school shooting, all humane people are expected to jump up and do something to stop the next shooting. The most popular response among media pundits and national policymakers right now is an expansion of the various prohibitions now in place against guns.

For anyone familiar with the history of prohibitions on inanimate objects, however, these appeals to prohibition as a “common sense” solution are rather less convincing.

Americans and others have tried a wide variety of similar prohibitions before, and with mixed results at best. Nowadays, prohibitions on drugs are in decline as states continue to unravel prohibitions of the past and make the nature of prohibition less drastic and less punitive. And, of course, the prohibition of alcohol has been dead for decades.

The prohibitions of old have been deemed failures. But fortunately for prohibitionists, there’s a fashionable form of modern prohibition that won’t go away.

Why Not Ban Alcohol?

Now, I know what some of you are saying: “Hey, McMaken, you can’t compare alcohol prohibition to gun prohibition because alcohol mostly only hurts the drinker, while guns have many harmful side effects for the public at large.”

But the fact that anyone could think this shows just how well the anti-alcohol-prohibition rhetoric has worked. Since the repeal of prohibition in the 1930s, alcohol has taken on an image of fun and relaxation. Sure, some people use it irresponsibly, we are told, but for the most part, people should be allowed the freedom to use it. For those high risk behaviors linked to alcohol, such as drunk driving, we’ll regulate that, but the ownership of alcohol itself, of course, should be open to all adults.

And yet, in the face of this laissez-faire attitude toward drinking, we could offer a host of illustrations of how alcohol is in fact a public safety menace.

Indeed, prior to the 1920s, during the heyday of the temperance movement, alcohol’s image was as anything but a mere benign luxury among a sizable portion of the population.

While many people today assume that the prohibitionists argued along puritanical lines, and emphasized the dangers of moral ruin, the arguments against alcohol were really far more complex than that.

The prohibitionists argued — quite plausibly, mind you — that any number of social ills could be addressed through alcohol prohibition. Chief among these was the fact that many families, including children, were often rendered destitute by the drinking of the male head of the household who was unable to hold down a job due to his addiction. Moreover, cases of child abuse and spousal abuse were clearly connected to alcohol consumption, as were household accidents and accidents on the job.

When breadwinners were killed or injured on the job, or if a drunk spent half his income at a bar on payday, families often ended up on the local dole. Or worse.

And there was a connection to non-domestic violence too. Public drunkenness, bar fights, and the deadly and irresponsible use of guns were connected to drinking as well.

Ironically, back then though, it wasn’t the guns that were seen as the problem (although gun control advocates did exist). For many, the problem was that drunks were irresponsibly using guns and that the common-sense solution was to prevent them from getting drunk.

Guns are Less Deadly than Alcohol

Nowadays, 88,000 deaths per year are attributed to alcohol abuse, and thirty people per day in the United States die in alcohol-related auto accidents. Heavy drinkers are more prone to violence, suicide, and risky sexual behavior.

In fact, if we compare these statistics, we find that alcohol abuse is significantly more deadly and problematic than misuse of guns. There were 36,000 gun-related deaths (including suicides and accidents) in the US in 2013, and as a percentage of all causes of death, alcohol-related deaths are more than twice as common as gun deaths.

What’s more, one-third of gun deaths are alcohol related. Thus, according to prohibitionist logic, we could eliminate one-third of gun-related deaths overnight by prohibiting alcohol consumption. So why aren’t we doing it? If it could save one life, wouldn’t it be worth it?

Most have concluded that saving one life is not, in fact, worth it. In practice, alcohol-related deaths (including those inflicted against third-party victims) are treated very differently than gun-related deaths.

For example, it is clear that alcohol is a central component in the more than 10,000 drunk-driving deaths that occur each year. So, is the response to restrict certain types of alcohol or populations that can buy it? Are background checks instituted to prevent sales to incorrigible drunk drivers? No, the response is to ban how alcohol is used in certain cases.

On the other hand, in response to the 11,000 gun-related murders per year, the prescribed response is to restrict the guns themselves. But, if we were to apply the same logic behind drunk driving bans to gun violence, the only legislation we would be considering would be something along the lines of special penalties for carrying firearms when mentally impaired, on psychotropic drugs, when sight impaired, or in crowded areas where accidents are more likely to affect bystanders. The mere purchase or ownership of guns would not be restricted, just as the purchase or ownership of alcohol is not restricted in response to drunk driving.

Indeed, if we add to drunk driving all the cases of spousal abuse and child abuse and public cases of assault, bar fights, and more, it becomes clear that alcohol is in fact far more damaging to the social fabric than guns have ever been. Once we factor in the harm that alcohol does to the user himself, in terms of health problems, riskier sex, and suicides, the numbers look even worse for alcohol.

Now, you might be thinking, “yes, but if gun prohibition works, shouldn’t we try it?” Unfortunately, there are few reasons to believe that it would work, or that the cure would not be worse than the disease.

Mark Thornton illustrated years ago that alcohol prohibition led to more alcohol consumption, and more consumption of harder distilled drinks versus more mild beer and wine beverages. In addition to the complete failure to end the behavior it targeted, Americans also became acquainted with numerous unpleasant side effects of prohibition including more organized crime and more government harassment of peaceful citizens.

As far as gun prohibition goes, thanks to a diversity of gun laws among the American states, we can compare between gun ownership levels in the states and homicide rates.

And what we find is that there is no correlation between the level of restrictiveness in gun laws and the murder rate. Most recently, Eugene Volokh ran the numbers looking at homicide rates and the so-called Brady Score assigned to states by gun-control advocates. Volokh even provides the data so you can analyze it yourself. (Volokh explains why homicides and not “gun deaths” is the important metric here.)

We can also see that this is quite plausible by simply eyeballing the data if we look at gun restrictions by state and homicide rates. Gun-control advocates like to point to southern states that have both permissive gun laws and high murder rates, such as Alabama and Mississippi. But, even a cursory analysis beyond this cherry-picking shows that there are numerous states with permissive gun laws (such as Utah, Wyoming, Kansas, and others) where the murder rate is very low. And states with more restrictive laws, such as Illinois, New York, and California have higher murder rates than numerous states where it is easy to buy a gun.

Reasons Why They Want to Ban Guns and Not Alcohol

But none of this matters when gun violence is being exploited to drive for more state power and more regulation of private citizens. Many gun-control advocates really do believe that government regulation and management can solve every social ill. They ignore the realities behind failed experiments such as alcohol prohibition or the war on drugs, and instead move on to the latest sexy prohibitionist drive because they sense an opportunity to control one more aspect of daily life.

Most everyone accepts that prohibition creates unintended consequences that can be negative, and with alcohol prohibition, these consequences included organized crime and the criminalization of peaceful citizens. Gun-control advocates assert, however, that whatever the downsides of gun control may be, they are minimal compared to the many advantages.

As Murray Rothbard pointed out in For a New Liberty, whether or not you come face to face with those down sides can depend a lot on your wealth and influence within society. For example, white, middle class people who live in safe suburbs, have influence over local police forces, and can even resort to private security (including alarm systems) see little down side to gun control. After all, they have little reason to fear police or common criminals when they can exercise their well-established political influence at the local level or purchase a home security system with the expectation that police will arrive quickly in case of emergency.

Powerless minorities, on the other hand, face much larger downsides to gun control. For them, police are an unreliable deterrent to local crime, and are little use in cases of social unrest. Many may remember how police in Ferguson, Missouri protected government buildings, but left the rest of the town on its own during the riots there. Local citizens paid for police protection, but got none. And then, of course, there are countless cases of the “proper” authorities using their legal guns against powerless populations, with no resource left to them other than private firearms. Just one example would be the Texas Ranger rampages that followed the so-called Plan de San Diego when the Rangers swept through southern Texas lynching Mexican-Americans who were deemed traitors.

Consequently, some principled leftists, most of whom are radicals, do not subscribe to the dominant gun-control position of the left. But certainly the mainline left, dominated by university intellectuals, government employees, and politicos with nice houses in safe neighborhoods, see few problems associated with centralizing coercive power in the hands of “official” law enforcement.

The downsides of restricting alcohol, however, are plentiful for those who spend many hours at cocktail parties and send their children to booze-soaked elite universities to be paired up with a future spouse from the appropriate social class.

So, until this changes, we ought not expect much of a change in the double standard applied to alcohol and guns in terms of violence, health, and safety. The people who make the laws are quite happy having plenty of booze around. But they can afford to pay someone else to handle the guns for them.