Governments Turn to the UN to Avoid Paying Their Debts 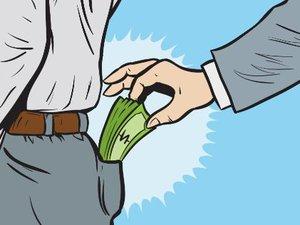 The Mises Institute recently spoke with Nicolás Cachanosky, an Argentina-born economist, now at the Metropolitan State University of Denver, who is familiar with sovereign debt issues. We asked him about a recent UN resolution that seeks to make it easier for governments to default on their debts.

Mises Institute: Paying back government debt is not the simple matter it is often assumed to be, and repudiation of government debt has its benefits. Murray Rothbard, for example, in his article “Repudiating the National Debt,” outlined the case for why taxpayers should support the idea of the US government defaulting on its massive debt. And in a recent Mises Daily column, Simon Wilson further explained how government debt is not like private debt.

But Austrians aren’t under the impression that default has no downside, either. Naturally, the creditors — many of whom are ordinary middle-income people — who lent the money in the first place, stand to lose a lot in cases of default. Those individuals won’t be helped by the fact that, in the long run, this risk would be reflected in interest rates which would rise to compensate for the risk of default.

However, it seems that concern for creditors was hardly on the minds of many of the world’s governments earlier this month when the general assembly of the United Nations approved a new resolution that portrays debtor governments as victims of unscrupulous private-sector creditors.

Can you tell us more about what the UN is trying to do with this resolution?

Nicolás Cachanosky: The UN resolution it is not a binding or detailed document. It is, as it were, a recommendation about debt restructuring. But, there is no specification about what this restructuring should look like. The resolution sounds more political than technical. And by this I mean it is a political statement used by policymakers in their home countries for political ends.

The resolution ignores many fundamental economic and legal realities. In a well-ordered economy, when a debtor owes money, default triggers a required negotiation between the debtor and the creditors.

It is not up to just one party to decide what the outcome should be. A resolution requires an agreement between both debtors and creditors. If an agreement is not reached, then things must go to the courts. A judge or arbitrator then studies the debt contract and comes to a decision. In order for an economy to be predictable and functional, though, debt contracts should be binding and therefore creditors should not be forced to give up their rights to the initial terms of the agreement if they don’t want to.

Admittedly, in some cases, a complete payment might not be realistic, but that doesn’t mean it is up to the debtor to unilaterally decide what should the creditor give up. It is the debtor, not the creditor, who is at fault.

The debtor governments are not the victims, and some of the creditors are, for instance, retirees living on their pension funds. Why should they be expected to subsidize debtor governments via loan forgiveness? Why is it unjust for these retirees, for example, to expect repayment, as the UN document suggests?

Let’s look at it another way: a default is a transfer of wealth from the creditor to the debtor. If you default on what you owe me, your wealth goes up by the amount of the debt and my wealth goes down by that amount. The debt becomes worthless in the marketplace. Naturally, governments are easily tempted by this simple way of increasing their own wealth through default.

Moreover, if creditors cannot enforce the contract as it is written, then policymakers have fewer incentives to pay their foreign debts and remain fiscally sound. Were the UN resolution to become binding, though, lenders would demand higher interest rates for the increased risk of never being paid back. The cost of credit will rise to reflect the extra risk. But, of course, governments don’t want that either.

MI: What can you tell us about the UN vote? What countries supported the resolution most strongly?

NC: Thirty-one countries voted in favor of the resolution (66 percent), eleven voted against (23 percent), and five abstained (11 percent). But if one looks closer at the votes some interesting issues become apparent.

First, given that this is an economic topic, instead of applying equal weight to each vote, it would make more sense if votes were weighted by the GDP of each country. If each vote were weighted by the country’s contribution to world GDP, then 53 percent of the votes would have been against the resolution, and 41 percent in favor. In such a case, the vote would reflect the fact that the largest contributors to GDP were against the UN plan.

Also, if we look at the economic freedom of the voting nations as reported by Fraser’s Economic Freedom of the World (2015), then the GDP-weighted freedom score for the group voting in favor is lower than the group voting against the resolution. The more economically free countries opposed the effort to make default easier.

MI: Argentina has a special interest in this topic. Why is that?

NC: Argentina is still in conflict with a group of bondholders that refused to accept the debt swap it offered in 2005 and 2010 after it defaulted in 2001. This group of bondholders is called the “holdouts.” Argentina lost its bid to unilaterally change the terms of the debt agreement, and Argentina is now required to pay the outstanding debt and continue with the payments of the original bonds. Argentina refuses to observe the ruling and has still made no payment. In fact, Argentina has been declared in contempt of court.

(A more detailed discussion of the Argentine case can be found here and here.)

Argentina’s government put itself in this position, and the problem here is not the absence of an international regulatory body that can force creditors to accept debt restructuring. The problem lies with a government that spends freely and has no respect for its creditors. Furthermore, it does not help your case as a debtor government if, by law, you forbid any new negotiations with creditors, and you erase their debts from the official records, as Argentina has done.

MI: One UN spokesman recently referred to “vulture” creditors as a problem. Are creditors behaving like vultures?

NC: It is very unfortunate that a document like a UN resolution uses the word “vulture” not once, but twice. This is a word with a clear pejorative connotation that is not appropriate for a UN document. It seems that the UN officials had no interest in listening to what these so-called vulture funds have to say about their position.

What is usually referred to as a vulture fund is a fund that buys defaulted bonds and maintains that they can legally ensure the debt contract will be upheld, and that they will receive 100 percent of the bond payment.

If we think that respecting contracts is an important part of a developed and free society, then “vulture” funds are only asking the debtor governments to stick to the repayment plan they had already agreed to. Why are these investors then labeled as vultures while governments are portrayed only as victims? It would seem that the term “vulture” is quite applicable to governments themselves in these cases since, by refusing to pay their debts, governments are taking money out of the pockets of the creditors.

This type of investment can be expensive for the creditors beyond the cost of acquiring the bonds. To make money in this fashion requires years of costly litigation enforcing a contract that both creditor and debtor freely entered into. They’re not getting something for nothing. One is free to dislike these “vulture” funds, but that is not an argument for ignoring basic contracts and property rights.