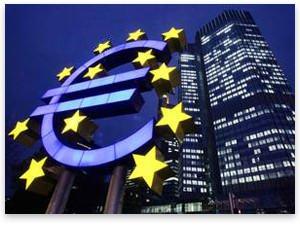 Tags The FedCapital and Interest Theory

In June, the European Central Bank (ECB) made a historic and downright diabolical announcement. They decided to inaugurate negative interest rates for overnight deposits. Here are the details from the official transcript:

The rate on the deposit facility was lowered by 10 basis points to -0.10 percent. These changes will come into effect on 11 June 2014. The negative rate will also apply to reserve holdings in excess of the minimum reserve requirements and certain other deposits held with the Eurosystem.

Now, the forceful suppression of interest rates by central banks is by no means a new policy. The last century is replete with examples of the abuse of this power and its corresponding consequences. ZIRP (Zero Interest Rate Policy) is inherently inflationary, punishes savers by taking away any yield on money thus forcing them into increasingly risky speculation in order to gain a return. Nor can we forget its central role in engendering the dreaded boom-bust business cycle. For the last five years the US and the Eurozone have been frolicking in ZIRP land. Last week’s decision by the ECB to cross the border into negative territory marks a historic event and shows just how far central banks are willing to go to destroy the global economy.

The scripted answer from Mario Draghi (and Janet Yellen for that matter) is, “... the measures will contribute to a return of inflation rates to levels closer to 2 percent.”

It’s more correct to say that central banks are terrified of deflation more than to say they want inflation. By deflation they mean a general fall in aggregate prices. They point back to the Great Depression and the 2008 financial collapse as particularly bad episodes of deflation they don’t want to relive. That is why, as prices plummeted, they intervened with extraordinary and unconventional measures (TARP, ZIRP, Bailouts, QE, etc.) to prop it all up again. They want prices to rise, continuously, all of them, from stocks to bonds to salaries to consumer goods. They want the Keynesian wealth effect to take hold. They don’t care if you can’'t buy as much today as you could fifty years ago with the same amount of printed paper (or electronic deposits, for that matter).

They strive to achieve this goal by expanding the total supply of credit, getting more euros (or dollars) in the hands of more people with the hopes they will spend those euros on something, thereby raising the price of that something. While ZIRP already does this as it lowers the overall cost of lending, negative interest rates go one step further. A negative deposit rate means the ECB is actually going to charge you .10 percent to keep your money safe. The ECB’s relationship with European banks is akin to some parents with their children. While ZIRP is the equivalent of holding candy out in front of the kid to try and get him to do what you want, a negative deposit rate would be spanking the kid for not doing what you want.

Of course banks are not kids and neither are business owners. They are much smarter than that. They do not always respond uniformly the way central banks would like them to. This instance is no different. Rather, as in all cases of central planning, this decision will have unintended and costly consequences.

You can show someone the door but you can’t make them walk through it.The market for credit, like any other market, is a two-way street. Simply expanding the total supply of credit is only half of the intended exchange. It will sit there unless adequate demand arrives. At this point it’s important to remember our context. We are five years into ZIRP land — credit has not been particularly hard to come by — we have been saturated with it. In Europe (like in the US) banks are sitting on large piles of reserves, which Draghi hopes to spank the banks into lending. But spanking banks does not magically make corporations or individuals creditworthy. For many, especially among the fringe countries of Europe it simply does not make sense to go back into debt when they are still coming out from under the first (or second) wave. Businesses are not thriving there and unemployment is still rampant. Are those countries really ready to take on more debt? Is the bank really going to lend to them?

Look at it from the bank’s perspective. Which would you choose, if given the choice between paying .10 percent to keep your capital safe, or lending out your capital but only to those who are struggling to pay off prior debts. A simple analysis would say, “Gosh, there really isn’t a good alternative here, but the least costly might be paying the .10 percent given that we could lose a lot more if we extend credit only to have a default later.” At the end of the day, charging negative interest rates might not do as much as Draghi hopes.

Alternatively, and let’s pray this is not the case, punishing banks to play it safe might force them to start playing more dangerously! In order to avoid the fee, they might start lending to whomever they please, solvent or insolvent. Savvy speculators will see the easy opportunity. They will start to package junk debt in attractive secure looking bundles in the hopes that the bank’s credit department won’t review it thoroughly. With this new decision by Draghi, they’ve got a pretty good shot. Negative interest rates make it increasingly costly for the bank to use discretion in lending because they will have to pay (.10 percent) to use discretion. This is the worst-case scenario which introduces the perverse incentive to engender a whole new round of toxic debt with even greater potential for default.

Second, and this makes Draghi look silly, even if the banks lend out their reserves many of them will end up right back in the banking system. Keith Weiner has a great article in Forbes where he says,

Cash never leaves the banking system. It is a closed loop, with money transferring from one party to the next, but always remaining in the custody of a bank. Lending does not avoid the need to deposit cash at the ECB, or in the US, at the Federal Reserve.

When you borrow money from a bank, does the bank actually give you the total sum in stacks of colorful paper? No, what you receive from the bank is a notation in your account of increased credit from the bank. Nothing goes in or out of the bank. It stays right there. This is as true for large scale financing as it is for you and me. Lending does not avoid the need to deposit cash at a bank.

What is more likely to happen and why it’s not any better: while seemingly in a tight fix the banks do have a way to avoid the ECB fee and still lend at little risk. In fact they can lend at virtually no-risk by buying government bonds. Indeed, this is what they have been doing. Look at the charts for the Spanish and Italian 10-year bond yields.

The interest rate is inverse to the price of a bond. If banks are buying government bonds, then their price will be bid up, and the yield will be pushed down. Look at the charts. Since the announcement on June 5, both rates have fallen.

The result of Draghi’s decision will not lead to an increase in prices, new businesses, or increased consumer spending. But it will serve to provide an even lower interest rate on government debt which will allow already insolvent governments to borrow more money and therefore more easily rollover their existing debt obligations. When one stops to think about it, one has to ask, was that the real reason why the ECB decided to impose this in the first place? Could all the pseudo-academic speak be a disguise for the real objective: Central banks exist to make it easier for insolvent governments to borrow more money. 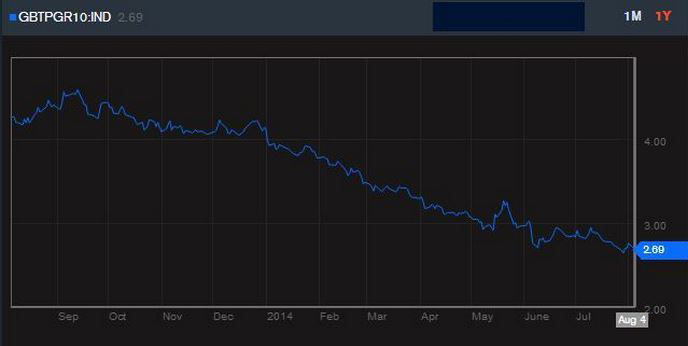