GET NEWS AND ARTICLES IN YOUR INBOXPrint
A
A
Home | Mises Library | With Government Roads, the Customer Is Always Wrong

With Government Roads, the Customer Is Always Wrong 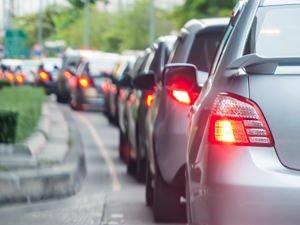 From the moment automobiles became commonplace in society, people have been dying in them at astonishing rates. Tragically, over the last century almost 4 million people (around 35,000 per year) lost their lives on U.S. roadways alone, with India, China, and Russia averaging almost 300,000 per year combined.

But early figures indicate that 2013 saw the lowest number of traffic fatalities in the U.S. since 1936. Jenny Robinson of AAA Mid-Atlantic commented that this is “good news” and that it appears “tougher laws ... have been effective.”

Certainly this begs the question: if tougher laws are such an easy solution, why do so many people still lose their lives? Whenever the National Highway Traffic Safety Administration (NHTSA) or Mothers Against Drunk Driving (MADD) attempts to answer this question, they typically point to such well-known culprits as texting, car safety, drunk driving, weather, or inexperienced drivers. In its sum, the total list of causes is limited only to the number of factors that one can think of.

If deaths occurred to this degree, relatively speaking, on private roads in gated communities or in shopping mall parking lots, criminal lawsuits and bankruptcy filings would be rampant. At a minimum, insofar as blame is placed on individual drivers, it must be remembered from where they received their licenses to drive. Furthermore, by looking for new traffic laws as a preventative measure, there is at least implicit blame placed on state institutions because in that case they should have passed these laws decades ago (and more laws next year too).

The reality is that new traffic laws are enacted every single year, yet the tragedies continue, and the most obvious change such legislation has actually managed to effect is increased revenues for governments through increased fines and citations. For every ticket that is written, for every accident that occurs, and for every person who is injured or killed on the nation’s roadways, witness the failure of state bureaucrats to meet the consumption demands of the driving public.

To be more specific, people want to be allowed to drive faster; to not spend hours per day sitting in traffic; to make U-turns when necessary; to blow red lights and stop signs when safe; to drive on roads without gigantic pot holes; to be able to read street signs; to text or talk on the phone while driving; to be notified of road closures; to have construction projects on their preferred roads be completed as quickly as possible at times that are convenient; to be surrounded by competent motorists; to drive in cars that will not malfunction; to drive where extreme weather conditions are minimized as much as technologically possible; to assume the potential risks of driving after consuming alcohol; and perhaps most importantly, to not lose their lives in the process of moving from place A to place B.

For those accustomed to living with a real lack of alternatives, it’s difficult to envision how such seemingly contradictory demands are to be satisfied — but that’s the point entirely: a uniform approach by definition only serves one set of interests, typically those of the people administering and enforcing it. Nevertheless, society is full of all different kinds of interests. There is no reason why some roads can’t have lower speed limits for bad and inexperienced drivers, while others have no limits at all for people who desire such services. Likewise, some roads could advertise warnings saying they allow intoxicated drivers at minimal speeds, while others boast a zero tolerance policy. The possibilities are numerous and diverse.

By allowing for more than one provider, not only will each develop their own areas of specialization, but competition will help all providers figure out what works and what doesn’t in terms of the bottom line: maintaining happy customers.

The popular phrase “the customer is always right” applies quite well to the business world, but when it comes to the roadways, the customer, i.e., the average citizen, is typically wrong in the eyes of law enforcement and legislators. Whereas entrepreneurs in a market setting try to anticipate changes in consumer demand in advance and to solve potential problems before they become problems, bureaucrats simply resort to blaming those they are supposed to be helping, while they allow unsolved problems to compound upon one another.

Some may object that governments have limited resources too and that it’s not their fault they’re limited by current technological capabilities. These individuals must be reminded, however, that these are the same people running NASA, which sent human beings to the moon over five decades ago. Besides, the American Society of Civil Engineers said last year that the nation needs to spend $3.6 trillion on infrastructure by 2020. Although this includes many other things besides roads, it’s necessary to remember just how much money $1 trillion is: with it you could buy 40 million new-model cars, replace the annual incomes of 19 million American families, or pay the annual salaries of all 535 members of congress for 10,000 years.

So in all likelihood, the NHTSA and other related agencies are irresponsible and inefficient with their too-big-to-be-cut budgets. Meanwhile, in the real world, to be able to take home a pay check, owners, managers, and workers in private firms must prove themselves and serve their customers day and night, or risk losing their jobs and livelihoods when disgruntled consumers switch to a competitor.

Where there is a monopolistic provider, as is the case regarding roads, bureaucrats are relatively comfortable in their privileged positions. Even when public protest reaches such levels that someone must take the fall and either resign or be let go, the institution itself faces no sizeable danger whatsoever. While private companies depend on the voluntary support of their patrons, the state extracts its continual revenue supply (taxes) and denies its victims alternatives (monopoly), both at the barrel of a gun.

Fear-mongers will claim that without such practices, the roads and thus society itself would fall into chaos and disarray. To such objectors, reference may be made to anything from hectic city and rush hour driving, delayed accident clean up and endless highway construction, to the common practice of cops blatantly disobeying their own traffic laws. Needless to say, such disorder is everywhere already.