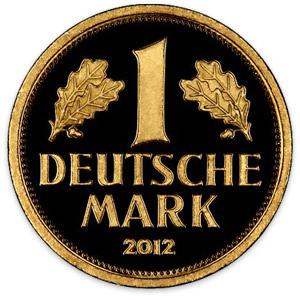 The euro debt crisis in Europe has presented Germany with a unique opportunity to lead the world away from monetary destruction and its consequences of economic chaos, social unrest, and unfathomable human suffering. The cause of the euro debt crisis is the misconstruction of the euro that allows all members of the European Monetary Union (EMU), currently 17 sovereign nations, to print euros and force them on all other members. Dr. Philipp Bagus of King Juan Carlos University in Madrid has diagnosed this situation as a tragedy of the commons in his aptly named book The Tragedy of the Euro. Germany is on the verge of seeing its capital base plundered from the inevitable dynamics of this tragedy of the commons. It should leave the EMU, reinstate the deutsche mark (DM), and anchor it to gold.

The Structure of the European Monetary Union

The European System of Central Banks (ESCB) consists of one central bank, the European Central Bank (ECB), and the national central banks of the EMU, all of which are still extant within their own sovereign nations. Although the ECB is prohibited by treaty from monetizing the debt of its sovereign members via outright purchases of their debt, it has interpreted this limitation on its power not to include lending euros to the national central banks taking the very same sovereign debt as collateral. Of course this is simply a backdoor method to circumvent the very limitation that was insisted on when the more responsible members such as Germany joined the European Monetary Union.

Corruption of the European Central Bank into an Engine of Inflation

When the ECB was first formed around the turn of the new millennium, the bond markets assumed that it would be operated along the lines of the German central bank, the Bundesbank, which ran probably the least inflationary monetary system in the developed world. However, they also assumed that the EMU would not allow one of its members to default on its sovereign debt. Therefore, the interest rate for many members of the EMU fell to German levels. Unfortunately, many nations in the EMU did not use this lower interest rate as an opportunity to reduce their budgets; rather, many simply borrowed more. Thus was born the euro debt crisis, when it became clear to the bond market that debt repayment by many members of the EMU was questionable. Interest rates for these nations soared.

Over the past few years the European Union itself has established several bailout funds, but the situation has not been resolved. In fact, things are even worse, for it now appears that even larger members of the EMU succumbed to the debt orgy and may need a bailout to avoid default. Thus we have arrived at the point predicted by Dr. Bagus in which the euro has been plundered by multiple parties and the pot is empty. The ECB and many sovereign members of the EMU want unlimited bond buying of sovereign debt by the ECB. Only Germany opposes this plan, but it is the lone voice against this new bout of monetary inflation.

The Historical Context of German Antipathy to Monetary Inflation

In 1923 Germany experienced one of the world's worst cases of hyperinflation and the worst ever for an industrialized nation. The reichsmark was destroyed by its own central bank, plunging the German people into misery and desperation. Now, after only a dozen years of relative monetary discipline, the euro faces the same fate as country after country demands to be bailed out of its mounting debts by unlimited printing of money by the ECB. Because Germany is part of the EMU, it must accept these newly printed euros. This threatened monetary inflation of unlimited amounts has shaken German bankers to the core. It is the nightmare scenario that they feared when, against their better judgment, the German politicians agreed to give up their beloved deutsche mark and place the economic fate of the nation in the hands of a committee of foreigners not as concerned about monetary inflation. But Germany can put a stop to this destruction and save the world while it saves itself. It can leave the EMU, reinstate the deutsche mark, and tie it to gold.

A Golden Deutsche Mark Is Possible and Desirable

Despite the haughty pronouncements of EU officials, there is nothing that can stop a sovereign country from leaving the EMU and adopting a different monetary system. The most likely scenario would be a one-for-one redenomination of German banks' euro-denominated accounts for deutsche marks. Thereafter, the DM would float freely in currency markets in the same way as British pounds and American dollars. The Bundesbank would be responsible for monetary policy just as it was before Germany joined the EMU. By leaving the EMU Germany would insulate itself from the consequences of the euro as a tragedy of the commons; i.e., monetary inflation by third parties would end, Germany would not experience higher prices due to the actions of third parties, and the capital-destroying transfers of wealth would end.

Yet Germany should go one step further. It should anchor the DM to gold. Germany is the world's fourth-largest economy, behind only the United States, China, and Japan. Furthermore, Germany owns more of the world's gold than any other entity except the United States, more than either China or Japan and more than any other European country. A prerequisite to market acceptance of any gold money would be confidence in the integrity of the sponsoring institution. Not only is the Bundesbank known for its integrity and reverence for stable money; Germany itself has a worldwide reputation for the rule of law, advanced financial architecture, and a stable political system. For these reasons, Germany would prove to the world that a gold-backed money is not only possible but desirable. Expect a cascade of similar pronouncements once Germany's trading partners realize the importance of settling international financial transactions in the best money available — which initially at least would be a golden DM.

Germany Should Seize the Moment!

Of course the beneficial consequences of tying money to gold go beyond ending price inflation and capital-destroying wealth transfers. We can expect all the beneficial consequences of a return to limited government, for government could no longer fund itself through the unholy alliance with an inflationary central bank that creates fiat money in order to monetize government's profligate spending. The people would no longer be so subservient to government, pleading and begging for special interests at the expense of the rest of society, for government would be forced to go to the people for approval to increase its budget. The list of benefits goes on and on. Suffice it to say that it all begins with truly sound money, money anchored in gold. Germany can lead the way and earn the just respect of a grateful world. It is in the right place at the right moment in history. It should seize the moment!