GET NEWS AND ARTICLES IN YOUR INBOXPrint
A
A
Home | Mises Library | Gold: India’s Capital Asset through History 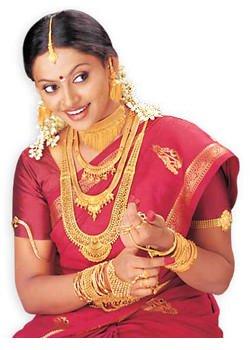 India's obsession with gold is well known around the world. To most Western commentators, this obsession seems irrational, and Indian people seem like incurable gold bugs.

However, on closer examination, gold ownership in India is neither excessive nor irrational. In fact, when religious, cultural, and historical perspectives are considered, India's appetite for gold seems rather matter of fact indeed. Nonetheless, it is not lost on any Indian worth his or her salt that gold is the asset that best protects wealth and freedom.

When my father, a pediatric surgeon, wanted to buy land to construct his clinic and supplement his meager government income, he purchased the land by mortgaging my mother's jewelry. Similarly, millions of people in India have capitalized their businesses or farms, or secured their basic necessities after severe business reversals, by pledging their gold jewelry. As we shall see below, were it not for gold, the average Indian's lot through history could've been a lot worse.

India's private gold ownership is difficult to determine accurately. However, several websites, such as Gold Eagle, estimate the total private gold holdings to be about 15,000 metric tons. Compared to that figure, the Indian government owns a negligible 360 metric tons of gold.

However, there can be no doubting Indians' desire to own this metal. Demand from India consumes some 20–25 percent of the world's annual gold output.

Much of this desire to acquire gold dates back to the Bronze Age Indus Valley civilization, in which people wore gold jewelry almost 4,000 years ago.

Gold has a rich tradition in the Hindu epics, the Ramayana and the Mahabharata. It was associated with the pomp and splendor of the gods and kings who appear in these mythological stories. The Ramayana, the earlier of the two epics, can be traced back to around 900 BC, so gold had risen above all other commodities to be associated with power, prestige, and wealth even back then.

Let me narrate a short story to illustrate how deeply gold and wealth are ingrained into the Hindu culture. The world's richest temple, at Tirupati, was built in honor of Sri Venkateswara, an incarnation of Lord Vishnu. Legend has it that Venkateswara, who was born poor, sought the hand of Princess Padmavati, the incarnate of Vishnu's celestial consort, Lakshmi.

Her father decreed that Venkateswara could marry Padmavati only if he possessed wealth comparable to the king himself. Venkateswara sought a loan of gold and jewels from Lord Kubera, the Hindu god of wealth. To help Venkateswara repay this loan symbolically, Hindu devotees donate money at Tirupati to this day.

This is but one of many thousands of stories from Hindu mythology that involve gods, kings, and wealth. Generations of Indians reared on these stories have come to associate gold with mythical qualities.

Silver coins were widely used in India during the reign of the Mauryas circa 250 BC. The first gold coins were issued widely during the Gupta dynasty around 250 AD. Interestingly, this period was also known as the Golden Age.

On the face of it, every emperor issues coins to accentuate the significance of his rule. However, there was a more practical reason for Indians to use gold as money.

India, over the past 4 millennia, was a collection of many thousands of kingdoms and fiefdoms. Every once in a while, a ruler such as Emperor Chandragupta Maurya appeared on the scene and was able to consolidate a majority of India. However, no sooner did such an able emperor pass away than his empire disintegrated.

"Millions of people in India have capitalized their businesses or farms, or secured their basic necessities after severe business reversals, by pledging their gold jewelry."

Even with the big empires, there was always plenty of fighting, and border territories constantly changed hands. Millions of Indians could, in their lifetimes, expect to be the subjects of several different rulers and kingdoms.

Gold, being of high value, could easily be hidden during times of strife, enabling ordinary citizens to avoid being looted by marauding armies. Further, a gold coin issued by one king could serve as money under any other king as long as the weight and purity of the issued coin could be assessed. Therefore, gold was the preferred medium of exchange and store of wealth.

The history of dowry in India is almost as old as the Hindu religion itself. Dowry, before the negative connotations of today, was a gift from the bride's family to a newly married couple. It was to compensate the groom for the additional expenses he would incur taking care of his stay-at-home bride and eventually their family.[1]

Although different commodities were used to pay dowry, gold was the preferred option simply because it was easily safeguarded and widely accepted. The practice of giving gold and jewels as dowry continues to this day.

Another offshoot of the rich tradition of gold in the Hindu religion explains why Indians mark every auspicious and festive occasion with the purchase of a token amount of gold. Parents with daughters begin accumulating gold in small quantities yearly on these occasions, in anticipation of their daughters' weddings.

Other Contemporary Reasons for Gold Ownership

The above historical and cultural reasons explain the long-entrenched practice among Indians of acquiring gold. This practice continued into contemporary times despite India having a unified currency since 1857, when the British acquired complete control of the country. This was primarily because of the continued struggles for the average Indian, first under imperial Britain and then under socialist India.

Since India's independence, the country has followed a socialist economic policy, with the government running constant deficits to fund its five-year plans. Needless to say, these plans have proved very inefficient, resulting in plenty of wastage and constantly increasing prices.

India's disastrous 1962 war with China severely depleted India's foreign reserves and removed the backing for the rupee. To prevent a massive flight out of the rupee, the government established the Gold Control Act in 1962, forbidding private ownership of gold bullion and mandating the conversion of all private gold bullion into gold jewelry. This prevented the rise of an alternate currency if the rupee should flounder.

As with all government intrusions, this law had unintended consequences. Because licenses were required to hold gold bullion, many goldsmiths not connected to the establishment lost their livelihoods overnight. The prohibition also gave rise to gold smuggling and a huge black market in gold, which no doubt claimed many lives and livelihoods.

Further, in 1969, the Indian government under Indira Gandhi nationalized the banks and mandated licenses for almost everything. This was the beginning of the "License Raj" in India, which instituted rampant corruption in all levels of the bureaucracy. Since the state controlled all the banks, loans were made to special sectors just to buy votes.

The 1970s were an even more tumultuous period politically in India. A state of emergency was declared from 1975 to 1977, giving almost dictatorial powers to Indira Gandhi. When democracy was restored in 1977, Ms. Gandhi was ousted by Morarji Desai. However, the common man still couldn't catch a break, as marginal tax rates hit a scarcely believable 95 percent and the rupee's value declined steadily.

In light of these circumstances, gold was the average Indian's best friend. Due to a ban on gold, the value of gold in relation to other commodities and the rupee soared. The high marginal tax rate gave rise to a huge black market. Citizens needed a way to hide and protect their assets from the taxman, and gold was one of the two asset classes that proved effective for doing so (the other being real estate).

One last reason why extensive gold holdings are prudent in today's context is the paltry level of insurance provided to bank deposits. A fractional reserve banking system is inherently insolvent and needs government insurance to prevent a run on deposits. In India, the amount covered under deposit insurance is just Rs100,000, which is only $2,170. In contrast, federal deposit insurance in the United States was recently increased from $100,000 to $250,000.

To put things in perspective, Rs100,000 is about 5 months rent for a decent, three-bedroom apartment in Bangalore, whereas $250,000 US is four or five year's worth of living expenses for a couple in Chicago, including a mortgage or rent. In other words, Rs100,000 is an insignificant sum of money.

Realizing that the banking system is shaky, because of the low level of insurance and the fractional-reserve system, many savvy consumers hedge by holding a portion of their savings in gold. Moreover, millions of people in rural India completely bypass the banking system because they don't understand it and prefer to hold their savings in gold. When in need of money in a crunch, they pledge their gold with a local money lender in return for currency.

In summation, India's ancient and deep religious traditions, combined with a plethora of historical, cultural, and practical reasons, have fostered an unflinching desire to acquire gold as a means of protecting one's wealth. In this light, one can hardly dismiss this desire as irrational. Given what's in store for the world at large when the inevitable currency crisis occurs, citizens from other countries could do worse than to take a leaf out of India's history with gold.

[1] I'm not condoning the practice of dowry in the modern day or the atrocities associated with it, I'm only giving a historical perspective on why that custom came into existence.