Global Elites Have No Skin in the Game 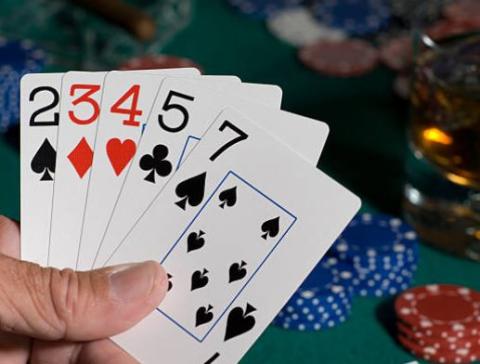 To review Skin in the Game is a risky undertaking. The author has little use for book reviewers who, he tells us, “are bad middlemen. … Book reviews are judged according to how plausible and well-written they are; never in how they map the book (unless of course the author makes them responsible for misrepresentations).”

The risk is very much worth undertaking, though, because Skin in the Game is an excellent book, filled with insights. These insights stress a central antithesis. Irresponsible people, with what C.D. Broad called “clever silly” intellectuals prominent among them, defend reckless policies that impose risks on others but not on themselves. They have no “skin in the game,” and in this to Taleb lies their chief defect.

Interventionist foreign policy suffers from this defect. “A collection of people classified as interventionistas … who promoted the Iraq invasion of 2003, as well as the removal of the Libyan leader in 2011, are advocating the imposition of additional such regime change on another batch of countries, which includes Syria, because it has a ‘dictator’. So we tried that thing called regime change in Iraq, and failed miserably. … But we satisfied the objective of ‘removing a dictator.’ By the same reasoning, a doctor would inject a patient with ‘moderate’ cancer cells to improve his cholesterol numbers, and proudly claim victory after the patient is dead, particularly if the postmortem showed remarkable cholesterol readings.”

But what has this to do with risk? The fallacy of the interventionists, Taleb tells us, is that they disregard the chance that their schemes will fail to work as planned. A key theme of Taleb’s work is that uncertain outcomes mandate caution.

“And when a blowup happens, they invoke uncertainty, something called a Black Swan (a high-impact unexpected event), … not realizing that one should not mess with a system if the results are fraught with uncertainty, or, more generally, should avoid engaging in an action with a big downside if one has no idea of the outcomes.”

The same mistaken conception of risk affects economic policy. “For instance, bank blowups came in 2008 because of the accumulation of hidden and asymmetric risks in the system: bankers, master risk transferors, could make steady money from a certain class of concealed explosive risks, use academic risk models that don’t work except on paper … then invoke uncertainty after a blowup … and keep past income — what I have called the Bob Rubin trade.”

Instead of relying on mathematical models, economists should realize that the free market works. Why use misguided theory to interfere with success in practice? “Under the right market structure, a collection of idiots produces a well-functioning market. … Friedrich Hayek has been, once again, vindicated. Yet one of the most cited ideas in history, that of the invisible hand, appears to be the least integrated into the modern psyche.”

Taleb greatly admires Ron Paul, the foremost libertarian in politics, and he is one of two people to whom the book is dedicated. (Ralph Nader is the other.) Ron Paul grasps Taleb’s fundamental lesson that misguided theory should not supplant what has stood the test of time. “The insightful and luckily nonacademic historian Tom Holland ... wrote: ‘The Romans judged their political system by asking not whether it made sense but whether it worked,’ which is why while dedicating this book, I called Ron Paul a Roman among Greeks.”

One common objection to the free market is that it allows powerful corporations to dominate people. Taleb’s response converges with that of Murray Rothbard: “There are two ways to make citizens safe from large predators, say, big powerful corporations. The first one is to enact regulations — but these, aside from restricting individual freedoms, lead to another predation, this time by the state, its agents, and their cronies. … The other solution is to put skin in the game in transactions, in the form of legal liability, and the possibility of an efficient lawsuit. The Anglo-Saxon world has traditionally had a predilection for the legal approach instead of the regulatory one; if you harm me, I can sue you. This has led to the very sophisticated, adaptive, and balanced common law, built bottom-up, by trial and error.”

Rothbard held the same view. In his pathbreaking monograph “Law, Property Rights, and Air Pollution,” he remarks: “There are, of course, innumerable statutes and regulations that create illegality besides the torts dealt with in common-law courts. We have not dealt with laws such as the Clean Air Act of 1970 or regulations for a simple reason: None of them can be permissible under libertarian legal theory. In libertarian theory, it is only permissible to proceed coercively against someone if he is a proven aggressor, and that aggression must be proven in court (or in arbitration) beyond a reasonable doubt. Any statute or administrative regulation necessarily makes actions illegal that are not overt initiations of crimes or torts according to libertarian theory. Every statute or administrative rule is therefore illegitimate and itself invasive and a criminal interference with the property rights of noncriminals.”

Another complaint against the free market stems from “behavioral economics.” Consumers, it is alleged, often act in an irrational way against their own best interests. Hence the benevolent action of bureaucratic experts is required to “nudge” people into rationality. Taleb responds. “We have survived in spite of tail risks; our survival cannot be that random.” (Tail events are “extreme events of low frequency,” i.e., the Black Swans mentioned earlier.) The supposed “mistakes” that the behavioral economists allege people commit often are good ways to cope with tail risks.

Taleb assails the leading behavioral economists in mordant fashion: “And if you dream of making people use probability in order to make decisions, I have some news: more than ninety percent of psychologists dealing with decision making (which includes such regulators as Cass Sunstein and Richard Thaler) have no clue about probability, and try to disrupt our efficient organic paranoias.” In another place, he calls Thaler a “creepy interventionist.”

Taleb extends his criticism of “pseudo-rationalism” to ethics. Here “universalism” is the enemy: “So we skip Kant’s drastic approach for one main reason: Universal behavior is great on paper, disastrous in practice. Why? As we will belabor ad nauseam in this book, we are local and practical animals, sensitive to scale. … We should focus on our immediate environment: we need simple practical rules. Even worse: the general and the abstract tend to attract self-righteous psychopaths. … In other words, Kant did not get the notion of scaling — yet many of us are victims of Kant’s universalism.” (In another place, though, influenced by Derek Parfit, Taleb assigns a positive though not exclusive rule to Kantian ethics.)

In one of the most original passages in the book, Taleb applies “skin in the game” to criticize Pascal’s wager. “This argument (that real life is risk taking) reveals the theological weakness of Pascal’s wager, which stipulates that believing in the creator has a positive payoff in case he truly exists, and no downside in case he doesn’t. Hence the wager would be to believe in God as a free option. If you follow the idea to its logical end, you can see that it proposes religion without skin in the game making it a purely academic and sterile activity.”

For Taleb, this will never do, as it neglects the whole point of religion. “It is therefore my opinion that religion exists to enforce tail risk management across generations, as its binary and unconditional rules are easy to teach and enforce.” Though one disagrees with this author at one’s peril, I wonder whether this account of religion is unduly reductionist. Does not religion involve cognitive claims about the nature of ultimate reality, which must be assessed directly, rather than viewed exclusively as tools for evolutionary survival? When, e.g., Henry Vaughan writes, “There is in God, some say/ A deep but dazzling darkness,” this seems a claim about the world, rather than a rule for our conduct in it.

Readers of Skin in the Game will be struck by Taleb’s originality, acuity, and erudition. He is a thinker of outstanding merit, and it would be risky indeed to ignore him.