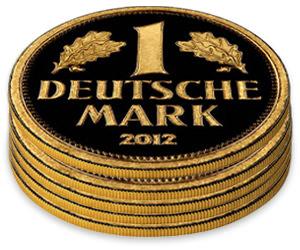 On Wednesday, January 16 the German Central Bank (i.e., Bundesbank) announced that it was going to repatriate some of its gold reserves currently being held at the New York Fed and all of its gold reserves held by the Banque de France. It had previously repatriated 940 of the 1385 tons of its gold reserves held at the Bank of England, citing high storage fees as the reason (the New York Fed and the Banque of France charge no such fees). Three-hundred-and-seventy-four metric tons will be trucked from Paris to Frankfurt, representing 11 percent of its reserves, and 300 metric tons will be shipped from New York. By 2020, the plan is to have 50 percent of its reserves held in Frankfurt. Germany has the second largest stock of gold next to the US and has not bought or sold gold since 1973.

As part of its Cold War strategy, Germany stored much of its gold reserves “as west as possible.” Bundesbank officials now claim that strategy is outdated. They also say that the movement of gold back to Germany is meant to build trust and confidence in case of a currency crisis in the Euro. The move, as reported by the Wall Street Journal, was in response to “pressure from Berlin and from a remarkable grass-roots campaign by the populist press, which played on fears that the euro crisis poses a risk to Germany’s financial well being.”

The subject of repatraiting Germany’s gold was discussed on Mises.org back in October and December of 2012. Patrick Barron and Godfrey Bloom concluded that repatriating the gold is an important and necessary first step for monetary reform.

That view is not shared by mainstream economists. The Journal reports, “Economists had viewed the debate (over the location of Germany’s gold) with bewilderment, seeing it as entirely divorced from reality, given that gold has played no official role in international monetary policy since the collapse of the Bretton Woods agreement in 1973.” The Journal then quotes Holger Schmieding, chief economist for Berenberg Bank in London. “ Last year’s debate was absolutely ludicrous … driven completely by irrational fears.… I don't see any economic or financial rationale for the Bundesbank to be doing this.”

However, John P. Cochran, Dean Emeritus of the Business School at Metropolitan State University of Denver, counters that “not all economists see this as ludicrous, particularly Austrian economists. The move could be a partial step to restoring sound money; a step which would potentially protect … Germans from risks to their financial well-being.

Cochran continues, “The move is perhaps reason for optimism that arguments for a return to sound money are beginning to have some minimal impact moving discussion in a positive direction, but the key to success of any eventual gold-backed currency is on the idea that delivery of gold upon demand (to the general public) is crucial.” He provides additional cavaets in his article “‘Fool's Gold’ Standards.”

Professor Guido Hülsmann, a native German teaching at the University of Angers in France, questions the meaning of the press releases: “So why does the Bundesbank suddenly issue two press releases within four months? In order to rub it into the face of the world that it wants to have its gold back? I don't think this serves to calm down public opinion at home. Rather, this is one of the last levers they can pull before they become completely marginalized within the ECB's governing council. Now they are pulling it indeed, even though they try not to be too rash. In a world flooded by debt, gold is the ultimate safe haven. Central bankers know this better than most people, even if they have to pretend in their day job that such concerns are irrelevant. Does it mean the Eurozone is approaching its end game? I don't think so, but the protagonists are no longer playing softball.”

Peter Klein, from the University of Missouri, notes that “Gold is the ultimate long-term inflation hedge, and holding physical gold is more secure than holding legal title to gold stored elsewhere. We don’t know if the Bundesbank’s move is purely symbolic or reflects real concerns, but it’s an important signal nonetheless!” Klein also notes, “Equally interesting is why the US government is not returning the gold all at once, but in stages. Is the US holding fractional reserves?”

Professor Philipp Bagus, a native German teaching at the University of Rey Juan Carlos in Spain, and the author of The Tragedy of the Euro, was also curious: “It is startling that they (the shipments of gold) will last until 2020 in order to bring the gold back. This reinforces the suspicions that the Fed and other central banks have lent gold to bullion banks who have in turn sold the gold depressing its price. To unwind these contracts it will take some time without upsetting the gold market. The Fed needs time to get its gold back. For all we know, it may not be there physically. That is probably the reason it will take until 2020.

On a more fundamental point, Bagus noted, “Of course, this is great news since by repatriating German gold, the importance of gold for monetary purposes is stressed, and it becomes available for any possible monetary reform Germany may want to do during the Euro crisis.”