GET NEWS AND ARTICLES IN YOUR INBOXPrint
A
A
Home | Mises Library | Germany: Doomed by Schmollerism 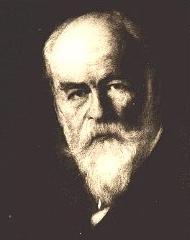 Germany's economic performance in the past decade or so has been marked by slow GDP and productivity growth, weak job creation, high unemployment and low rates of return on investment. Japan and many of the rest of Europe's mature economies aren't doing any better — cold comfort, perhaps — but Germany comes off as an underachiever when compared with the developed world's most dynamic economies. They're largely the stalwarts of the former British Empire — Britain itself, the United States, Ireland, Australia, New Zealand and Canada.

The roots of the performance gap between Germany and the Anglo nations can be found in a largely forgotten intellectual skirmish over fine points of economic thought. The late 19th-century debate pitted the advocates of English-style laissez-faire economics, with its emphasis on the virtues of free markets, against a cadre of German theorists who thought their country should chart its own course. The latter group won in the political arena, leading to the creation of Germany's social market economy, the model for the country for most of the past 125 years.

The debate would be the musty stuff of history if it didn't echo in most important issue in Germany today — what to do about an economy that's been staggering and swooning for a generation. Germany has begun to question the social market economy, with many voices calling for sweeping reforms that would shove Germany toward the Anglo countries' free-market model. They want Germany to loosen regulation, cut spending and roll back social welfare programs. Economic restructuring got a lengthy airing as Germany marched toward its recent, inconclusive national elections. Both the Social Democratic Party of incumbent chancellor Gerhard Schröder and the opposition Christian Democratic Party are campaigning for reform, with the CDU edging out the SDP, so reform isn't very likely. It's uncertain how far the next German government, when formed, can go in overcoming the country's historical attachment to the so-called social market economy.

The intellectual genesis of the German system traces to the "Methodenstreit," a dispute over the best methodology for economic theory. On one side were the Austrian economists Carl Menger and Eugene von Böhm-Bawerk, with their allies in the British Classical School. Challenging the Austrians and English were Gustav von Schmöller and the "young" German Historical School.1

The narrow, academic question was whether economic theories could be applied in all countries, at all times. Austrian and English theorists believed in the universality of their propositions about markets maximizing social welfare. British classical doctrine gave priority to the preferences of individual citizens as consumers and capitalists. It envisioned an Invisible Hand that moved labor, capital and other resources to efficiently meet society's needs.

The German Historical School doubted the magic of the marketplace, arguing that what might have been good policy for Britain or America was not necessarily equally good policy in Germany. Schmöller and his allies contended that Germany had to create policies that were specific to its conditions, institutions and needs, rather than duplicate the generally laissez-faire conditions in 19th-century Britain. They rejected British free trade doctrine and sought to defend Germany's existing authoritarian welfare state.

To defend existing policies, the historical school recommended the careful study of sociology, history and even law. Great collectors of data, they made arguments based on statistical analyses and their perceptions about the surrounding institutional environment. By collecting country-specific facts, these economists sought to divine the preferences of society rather than individuals and then to implement them through government policy.

Schmöller convinced government planners and politicians that, regardless of their effects in other nations, any policies they favored would work in Germany despite the counter claims of British political economy. Universal economic laws didn't exist, so the classical economic doctrine's suspicion of planned, welfare state-based economies need not always apply.

German university chairs in political theory, sociology and political economy at the time were controlled, and therefore dominated, by historicists because of the historicists' close ties to the German government. Although they eventually lost the intellectual argument, their views continued to dominate German thinking about economic policy for decades.

The historical school thus gave Germany the intellectual rationale to plot a "third way" between capitalism and communism, and the result was the German welfare state inaugurated in the late 1800s by Otto von Bismarck, the country's first chancellor. This ideology dominated German economic policy between 1880 and 1948 and again since the late 1960s. The only break from the social market economy came after Germany's crushing defeat in World War II, and this relatively short period provides an interesting object lesson about the potential for the Anglo-American model in Germany.

Allied occupied, postwar Germany was in both physical and economic ruin. Economic activity was completely stagnant, the currency and infrastructure were in shambles and bartering for food became the daily chore for most Germans. What shops existed had few or no goods for sale. In 1948, the head of the Office of Economic Opportunity was an economist named Ludwig Erhard. Acting together with Wilhelm Röpke, his former economics professor at the University of Freiburg, he carried out a two-part economic reform that both men hoped would revitalize Germany's economy.

On the evening of June 20, 1948, Erhard went on the radio to announce the particulars of what came to be known as "the bonfire of controls." The first part of the Erhard-Röpke plan was monetary reform and the introduction of a new currency, the Deutschemark. One new mark was traded for 10 of the old Reichmarks. The money supply shrank by more than 90 percent, bringing postwar inflation a quick end. The second reform eliminated controls on prices and wages and reduced business and personal taxes. Within days, shops began to fill with items for sale, the food shortages began to disappear and business investment returned.

These postwar reforms created a strong, market-oriented system that allowed the West German2 economy to perform brilliantly for several decades. Per capita GDP tripled between 1950 and 1974. Unemployment shrank to a mere 2.5 percent as the country added 8 million jobs. An economy that had grown on average between 1913 and 1950 by only 0.3 percent grew between 1950 and 1973 at 5.7 percent — nineteen times as fast, averaging over 8 percent annually during the 1950s. Germany shook off defeat and became a leading player in the world economies, outperforming Britain, France and many others. Only Japan among the major economies of the time had a faster growth rate between 1950 and 1973.

Erhard's policies brought a postwar economic boom, but their very success led to the nation's current economic malaise. Thinking that they had found a Golden Goose of endless prosperity, the German government, with the full backing of electoral majorities, began to adopt policies beginning in the 1960s that moved the country away from free markets and back towards the very controls Erhard had abolished. Tax and regulatory burdens grew. Mandates on wages and working conditions created labor-market rigidities and price controls reduced flexibility in the economy. Increasingly generous payments to unemployed workers fed a decline in Germany's labor market participation rates. As is generally the case, the effects of these policies lagged their implementation, but the effects were precisely what standard economic theory predicts when people's incentives are changed by increasing welfare state programs.

In time, the miracle faded and Germany developed an economic sclerosis — a disease that just gets worse and worse as time passes. After a decade or more of anemic growth and sometimes outright decline, most forecasters project a paltry 1 percent gain in real GDP this year. Factory orders have fallen consistently for months, dimming any hopes of a revival in the economy. Adding the "hidden unemployed" to Germany's 10 percent-plus jobless rate means that nearly 6 million can't find work. Productivity growth during the entire decade of the 1990s was a miserly 1 percent. Government expenditures for welfare are almost half the budget today, and the share of government spending as a percentage of GDP has risen from 30.4 percent in 1950 to almost 48 percent today.

Germany's economy won't revive without major changes. It's time for Germany to reinvent itself and create a second economic miracle using a blueprint from its own past. It should turn from Schmöller toward Menger. The same prescription that changed the economic realities of 1948 can effectively change those of 2005. It should include:

Germany's choice is clear. Stick with the Schmöller model and accept stagnation, or reap the rewards of giving Erhardt's ideas another shot. Can Germany muster the political will to change? It hasn't in the recent past, except in the dire straits of defeat in World War II. It's time again.