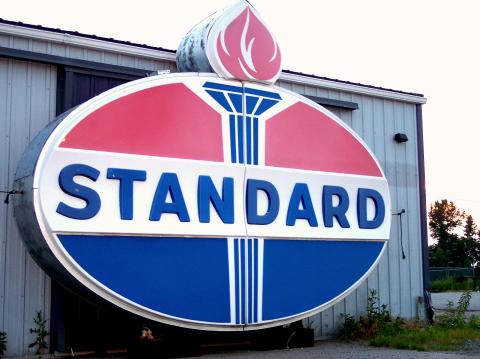 The judge is right, but for the wrong reasons.

Like Gates, Rockefeller was the victim of a vindictive political assault on his company for the "sin" of rapid innovation, a vast expansion of production, and rapidly-declining prices. As with Microsoft, the political attack on Standard Oil was launched by Rockefeller’s less-successful rivals who sought to achieve through politics (i.e., legalized theft) what they failed to accomplish in the marketplace.

Standard Oil was such an extraordinarily efficient company that even Rockefeller’s harshest journalistic critic, Ida Tarbell, described it as "a marvelous example of economy." The efficiencies of economies of scale and vertical integration caused the price of refined petroleum to fall from over 30 cents per gallon in 1869 to 10 cents by 1874, and to 5.9 cents in 1897. During the same period Rockefeller reduced his average costs from 3 cents to 0.29 cents per gallon.

The industry’s output of refined petroleum increased rapidly throughout this period--just the opposite of what mainstream monopoly theory would predict. In 1911, the year in which the federal government forced the breakup of Standard Oil, the company faced fierce competition from Associated Oil and Gas, Texaco, Gulf, and 147 other independent refineries. Because of this competition Standard Oil’s market share fell from 88 percent in 1890 to a mere 11 percent by 1911.

The parallels with Microsoft are remarkable. As Stan Liebowitz and Steve Margolis show in their book, Winners, Losers, and Microsoft, the effect of Microsoft’s fierce competitiveness has been a radical reduction in prices and a vast expansion of both quantity and quality of computer products. In the software industry, for example, software products which do not compete with Microsoft fell in price by about 12 percent from 1988 to 1995, but where there was competition with Microsoft the price reduction was almost 60 percent during that same period.

Word processing prices had been rising before Microsoft introduced Word for Windows in 1989, after which they fell dramatically, from around $300 in 1990 to $50 or less by 1997. Some personal finance software products sold for over $100 in 1990, but after Microsoft introduced "Microsoft Money" in 1991 the price fell to under $20.

Judge Jackson and Microsoft’s competitors complain that it has "dominated" the computer industry and should be punished for doing so. But during this rise to dominance, which began in 1975 when Gates and a half-dozen or so colleagues started the company, the cost of information processing to the consumer has plummeted so far that today it is one-one hundredth of one percent of what it was in 1975.

It is not consumers who are complaining about Microsoft’s great products and low prices, but its evil, plunder-seeking competitors and their paid professional obfuscators, like former judge and cultural scold Robert Bork. In a poll of adult computer users taken by USA Today, only six percent of those surveyed said that reducing Microsoft’s influence was a "major issue" to them.

And despite Mr. Bork’s repeated complaints that his financial benefactor, Netscape, is being blocked from the browser market, Netscape managed to distribute more than 150 million copies of its browser since 1995.

In his November 1999 "statement of fact" regarding the Microsoft case Judge Jackson devoted a mere 5 out of 412 paragraphs to the issue of consumer welfare, with the bulk of his "facts" relating to "harm" allegedly done to Microsoft’s competitors.

Judge Jackson is clearly unconcerned about consumers. He is merely a front man for the Washington establishment, which has demanded millions, if not billions, of dollars in protection money from Bill Gates as a condition of allowing him to keep his company intact.

Sadly, Gates has finally caved in and is showering Washington politicians and "political consultants" with campaign contributions and other forms of pelf, including billions of dollars for the myriad statist causes that are now being funded by Gates’s private foundation.

The one good thing that has come out of the Microsoft antitrust case is that it has demonstrated to the public how government has become nothing but an elaborate protection racket that makes the Mafia seem like child’s play by comparison.

Once Microsoft is broken up, the antitrust regulators will eventually turn on some of the very same companies that have instigated the government’s decade-long attack on Microsoft. Justice will at that point be done.