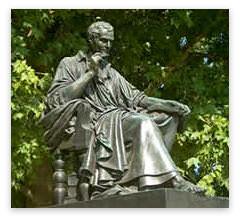 Americans can only be mystified by the protests that rocked France and led to a cave in by the government. A small economic reform that would have meant the start of much-need liberalization has been repealed.

The change in labor law would have permitted employers to fire workers, age 25 years or younger, in the first two years of employment. On the surface, it seems that workers in this category — backed by nearly the whole of French public opinion — regard this common-sense change as treason to all that is good and just. In fact, they are demanding what no dynamic and productive economy can or should ever promise: lifetime job security.

Under the present system, there is no fraternity or equality much less liberty. Workers are free to withdraw from their jobs. To leave employment is rightly considered a human right; to deny it is tantamount to slavery or feudal serfdom. At the same time, then, it is pure hypocrisy to expect that the employer not be able to sever contracts with employees. To deny that — as the French protestors demand — is tantamount to enslaving employers and turning them into indentured servants of workers and their unions.

Many Americans and most reporters look at this situation and dismiss everything the workers are demanding as socialist rubbish. There is truth in that. And yet there are other reasons for their reaction beyond ideological corruption. The unemployment rate in France exceeds 10 percent, and it is on the rise. Among the group hit by the proposed reform, the rate is 22 percent. Every young person knows that it is incredibly difficult to find employment. Once they get it, they want to hold onto it for dear life.

Permanent employment is completely incompatible with productivity in a dynamic market setting. French business has responded in two ways: refusing to hire new people or hiring them only on a short-term basis. The problem with the second solution is another regulation that forbids the temporary employment contract to be used as a means of hiring those who are really permanent employees. So unless the business is prepared to take on the huge costs of permanent employment, the employer must let these "temporary" workers go, no matter how much investment the firm has in them.

These kinds of practices — brought about by regulation — have acculturated French workers into misunderstanding the nature of the labor contract. In a free market it is a mutually beneficial exchange like any other that takes place between a buyer and a seller. Both come to the bargaining table with equal power and they only make the exchange if both sides expect to benefit.

This system does not exist in France because a vast and incomprehensible code of regulations interferes. As a result, there is no evidence of a dynamic market for labor anywhere in sight. Rather than create new opportunities by deregulating the business environment, the government has chosen to make jobs even less secure and more vulnerable. It doesn't matter that the effect of the change might be to intensify demand for workers; with millions currently looking for work and finding none, it is easy to see why the young are in a panic.

Imagine if jobs were available for everyone who wanted to work. What if "help wanted" signs were everywhere? What if skilled laborers could pick where they wanted to work, and unskilled laborers could gain skills in a large range of environments? Or imagine if French workers were in the position of deciding — as many young Americans are — whether to work for someone else's company or take the risk of starting their own.

If that were the case, I would venture a guess that there would be no energy behind any protests of a law that grants business more liberality in firing. And yet a huge range of laws prevent that from happening. It is not easy to start a business in France or hire people. The taxes, mandates, and wage controls are wickedly restrictive. In the name of human rights, France has managed to deny people their most basic right of contributing to society in a manner of their own choosing.

But how can we know that a free market would guarantee high employment opportunities? In any society, in any time in human history, there is always and everywhere work to be done because there are people with unmet needs. That is because we live in a world of scarcity. Think of this in terms of your own domestic environment. Is there work to be done on your plumbing, paint, carpets, yard, and cabinetry? Is there not work you would gladly have done if the price were right? Of course there is. And this is true in every sector of society.

When we speak of unemployment, we cannot be talking about a shortage of jobs to be done. There is always work to do at some price. For that reason, there can be no such thing as involuntary unemployment in a free market. Everyone who wants to work is working and everyone who does not want to work is in that position by choice. This is a truth that follows from the universal reality of scarcity.

So we don't have to puzzle about why there is unemployment in France. We know why. The proposal to loosen labor regulations addresses only a tiny part of the reason. And that is precisely the problem with the reform: it doesn't go nearly far enough. France needs reform that simultaneously frees business in its hiring and firing decisions, frees wages to adjust based on supply and demand, frees the business sector from regulations that inhibit entrepreneurship, and reduces the costs of hiring by eliminating mandates and taxes.

So the answer to the protests is not to back away from reform but to go much, much further. A reform that hits monopoly business privileges and created new opportunities for workers would be seen as more equitable. It would give French workers hope for the future so they could see beyond the immediate need for security above all else.

Thus does France find itself in a bind, not just now but long-term. It can either go further toward socialism and thereby kill off what is left of French civilization, or it can push harder for sweeping and truly radical reform, one that creates a liberalized environment not just in one area but in all areas.

In short, France is in the bind that Eastern Europe and Russia found themselves in in the late 1980s. If young workers were thinking like true progressives, they would topple the statues of Rousseau and Robespierre and put up some to Turgot and Bastiat.