Freedom vs. Justice: Are They in Conflict? | Mises Institute
Skip to main content

GET NEWS AND ARTICLES IN YOUR INBOXPrint
A
A
Home | Mises Library | Freedom vs. Justice: Are They in Conflict?

Freedom vs. Justice: Are They in Conflict? 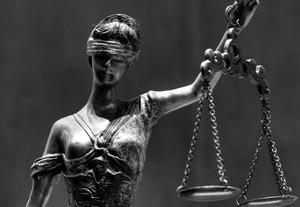 Libertarianism doesn’t often attract attention from The Atlantic, but a recent article, “The Information Revolution’s Dark Turn,” features philosopher Alistair Duff who attacks libertarianism in general, and Murray Rothbard specifically. Unfortunately, the article misrepresents libertarianism, but does so in a superficially plausible way. Many critics of libertarianism, I suspect, view it in the same way the article does.

The article is an interview of Alistair Duff, who teaches information society and policy at Edinburgh Napier University. Duff is interested in the information revolution in Silicon Valley, and he thinks that people who work there are too anti-statist.

Duff says of libertarianism, “I think it’s a mistaken philosophy.”

I have read [Robert] Nozick’s Anarchy, State, and Utopia, and Murray Rothbard’s Ethics of Liberty, and Milton Friedman’s Capitalism and Freedom — I’ve read it all, and it’s a flawed philosophy. The ultimate value is not liberty: It is justice. Liberty has to fit within the context of social justice. And where it violates justice, I’m afraid justice trumps liberty.

Libertarianism says that freedom is the paramount value. But I don’t think that’s the case. I’m a follower of John Rawls, the great Harvard political philosopher, and in his Theory of Justice, he makes clear that justice is the paramount virtue in political life.

It should incorporate a great deal of freedom, including some inalienable freedoms, but you cannot trump justice with liberty in the way Tim Cook is doing.

In brief, according to Duff, libertarians think that freedom is the highest value, but justice is in fact more important.

Readers might expect me to say that Duff is mistaken: freedom outranks justice; but this would not be a good way to proceed. To do so would be to accept the way Duff characterizes libertarianism, and it would be wrong to do so.

At first sight, one might think that Duff was correct. After all, Murray Rothbard says “Libertarianism does not offer a way of life; it offers liberty, so that each person is free to adopt and act upon his own values and moral principles. Libertarians agree with Lord Acton that ‘liberty is the highest political end’ — not necessarily the highest end on everyone's personal scale of values.” Further, Rawls says, “Justice is the first virtue of social institutions, as truth is of systems of thought.” (A Theory of Justice, 1st edition, p. 3)

Isn’t this exactly the contrast that Duff has set forward? Libertarians rank liberty first: supporters of Rawls think that justice outranks liberty. What could be clearer?

We Need the Correct Theory of Justice

The contrast that Duff draws in fact rests on a false assumption. As libertarians see matters, liberty and justice are not separate values that need to be ranked. Rather, “liberty” refers to the system it supports of rights based on self-ownership and property rights, and precisely this system is “justice” as libertarianism characterizes it. The difference between libertarians and Rawls concerns the correct theory of justice, not whether “justice” or “liberty” has greater importance. Rothbard makes this vital point clear in his discussion of Isaiah Berlin, who did speak of “liberty” unmoored from other values. He writes, “Berlin’s fundamental flaw was his failure to define negative liberty as the absence of physical interference with an individual’s person and property, with his just property rights broadly defined.” (The Ethics of Liberty, p. 216) Nozick takes exactly the same position. Anarchy, State, and Utopia offers an alternative to Rawls’s theory: it is not an endeavor to elevate liberty above justice in the hierarchy of values.

Duff may have gotten the wrong idea about libertarianism because when he thinks of “justice,” he has in mind his own view. He says, “There is massive inequality, which is unacceptable. Inequality should not be so great that it crystallizes into class distinctions — master-servant relations — and I think you have that in Silicon Valley, to some extent.” It’s certainly right that libertarianism doesn’t value equality of income and wealth, but this is not a rejection of justice. Duff cannot see that his view of justice is not the only one on offer. By the way, why Duff thinks that inequalities of wealth lead to master-servant relations is not obvious. Are the employees of Silicon Valley companies who earn less than the billionaire owners of these firms the “servants” of these owners? Why think that?

Duff might respond to the line of criticism I have suggested by saying, “So what! Even if libertarianism does have a theory of justice, it’s the wrong one. Rawls’s theory is better.” If Duff were to say that, though, he would have to argue for the superiority of Rawls’s theory to the libertarian one. It would not suffice merely to dismiss libertarianism for preferring liberty to justice. Duff’s tactic is no more than a rhetorical trick.

There is another questionable claim in Duff’s interview. In a statement I have already quoted, he says that “public life should incorporate a great deal of freedom … but you cannot trump justice with liberty in the way Tim Cook is doing.” He is talking about Cook’s refusal to obey the FBI’s demand that Apple engineer software to help unlock the iPhone of one of the San Bernardino shooters. Duff is adamant on this matter. He says, “I’m with the state on that, absolutely. I think Tim Cook is out of his mind. It’s a clear case where the state’s rights prevail over the right of individual privacy, and I say that as an advocate of privacy. We’ve got to get common sense on privacy, not fanaticism.”

It is difficult to see why Duff regards Cook’s position as one that unduly prefers liberty to justice. Rawls’s theory, which Duff favors, doesn’t directly address conflicts of this sort between liberty and national security. Why, then, does Duff take what is at stake to be a conflict between liberty and justice? Perhaps Duff would appeal to Rawls’s discussion of conscription (A Theory of Justice, 1st edition, pp. 380ff.), but in the absence of a fuller account by him, his claim is baffling.

Duff says about libertarian theory that he has “read it all,” but he has not done so very carefully and thoughtfully.