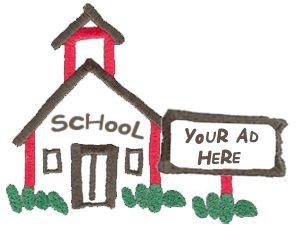 A high-school calculus teacher scored a victory for capitalism and dealt socialized education quite a blow this year. A recent article in USA Today reported that Tom Farber had devised a brilliant, free-market way of funding the tests that he felt were necessary for his students.

Mr. Farber was faced with a dilemma felt by teachers across the country. His supplies budget was cut by the district, which meant that if Farber wanted to give his students the much-needed practice tests that would prepare them for later placement tests, he would have to find funding elsewhere. Many teachers either would have paid for the additional expense out of their own pocket or deprived their students of the requisite practice tests. Farber estimated that, had he paid for the copies out of pocket, it would have cost him almost $200.

Unwilling to shortchange his students or to pay for the copies himself, the visionary teacher found an alternative: he began to sell advertisements on his test papers. According to USA Today, he charged $10 per ad on quizzes, $20 per ad on chapter tests, and $30 per ad on semester finals. Within a few days he had over 75 email requests for ads! Farber has already generated $350 in ad revenue. The article also states that approximately 67% of the ad sales are inspirational messages, paid for by parents. Others are from local businesses.

Unfortunately, we live in a time when the knee-jerk reaction is to demand more funding from the government. Mr. Farber has demonstrated that free-market solutions are superior to any that can be provided by government. This also provides a prime example of one of the fundamental flaws with government funding. Government-funded organizations inherently rely on thinking in which decisions are made from the top and imposed on the lower levels. This stifles the ingenuity of the people who have firsthand experience actually doing the work and defers decision making to bureaucrats and committees.

If we are to believe that monopolies are bad because they do not have the best interest of the consumer in mind and have little incentive to improve their product, then why are we to believe that a government monopoly over schooling is good?

It can be reasonably argued that this particular government monopoly is worse than private-sector monopolies, because citizens are forced to pay even if they do not consume the service. To illustrate the point, consider a hypothetical shoe monopoly. If the government declared that shoes are a practical necessity of life in this country, and that there are people unable to afford the best-quality shoes available in the free market, would we then support a "shoe tax" to allow the government to manufacture and distribute shoes free of charge to everyone?

In this scenario, citizens could still purchase shoes from other providers but would be forced to pay their share of the "shoe tax" as well. Since the citizens are already paying for these government shoes (through taxation), the demand for private-sector-produced shoes would be fairly low. Since the demand for privately made shoes would be low, those who desire better shoes would be forced to pay prices that are far higher than those that existed prior to government shoes. The citizens, seeing the high price tag on privately made shoes, would then conclude that they really do need government shoes because only an elite few could afford private shoes.

The success of Farber's experiment shows that, contrary to the common contention, parents would not be forced to shoulder the cost of educating their children alone in the absence of public schools. This is concrete proof that businesses do understand the importance of well-educated students and are willing to provide funding for such a valuable resource. Advertisement revenue is not the only source of funding for schools but it is an important illustration of one of the ways of providing excellent education without extracting funds by force. 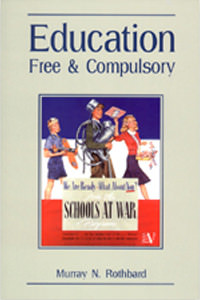 Under the current system, everyone is forced to provide funding for schools, regardless of how poor the quality of education provided by those schools. Under a private system, various schools would compete for students and for funding. Both parents and businesspeople would be more willing to devote their resources to the better schools. Students would be the ultimate beneficiaries of such competition.

Many people would agree that the education provided in public schools today is far less than ideal. While there are public schools that provide excellent educations for their students, the costs to taxpayers are too high and the funds are obtained in a highly unethical manner. The lesson to be learned from the success of Farber is that truly private education is plausible and even preferable to the current education provided by the government.

Briggs Armstrong is a student at Auburn University majoring in accounting and minoring in finance. Comment on the blog.