A Free and Prosperous Commonwealth 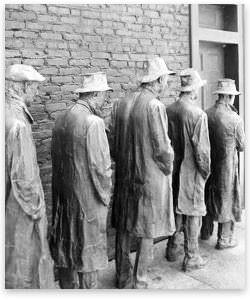 In the Wall Street Journal of March 5, 2009, Daniel Henninger asks "Has Obama Buried Reagan?" While much of the current debate has focused around stimulus and the current crisis, Henninger argues that the correct response to the misguided stimulus and the budget proposal that increases (estimates are based on a very rosy forecast of economic growth) the measured size of the federal government relative to GDP from 20% in 2007 to 27.7% for fiscal 2009 to 24.1% for 2010, and then remaining higher than 22% for nearly a decade,1 is to "relearn the core idea … handed down … by Ronald Reagan. That idea was economic growth." A return to long-run thinking based on sound economic principles and the fundamentals of classical liberalism is long overdue.

While much of the rhetoric defending and supporting the stimulus bill has given the appearance that the "Democrats are willing to bet the entire US economy on a 1931 theory known as the Keynesian multiplier," the crisis has really given cover for a sweeping agenda to drastically enhance and grow the role of government, especially the federal government.

Recessions come and go. The consequences can be temporarily tragic, especially for those on the margins of the economy, but recession is also the corrective phase that lays the foundation for a return to sustainable growth.2 Assuming current interventions and policy mistakes (stimulus) do not rise to the 1929–1939 levels,3 the current recession may be a typical recession with a 1–3% decline in real GDP for 6 to 18 months, followed by a return to healthy growth. These costs are insignificant compared to the impact of policies that retard growth for decades.4 Based on the best theory and supported by historical evidence, it must be recognized that drastic change to the heart and core of the US economy — embedded in legislation already passed or moving through Congress — is clearly growth retarding.

First let's see what theory says about growth. Henninger's suggestion that those seeking to articulate and defend a growth agenda should turn to Hazlitt's Economics in One Lesson or Friedman's Free to Choose is acceptable. However, Ludwig von Mises has provided an even better starting point for generating a "free and prosperous commonwealth." It is Liberalism: A Socio-Economic Exposition.5

The book is a blueprint for and a defense of a social order based on voluntary social cooperation through a free market where the "sphere of the conduct of the affairs of state" is a "system of representative" but limited government. Mises believed that government had a key but limited role in his free and prosperous commonwealth.

In Economic Policy: Thought for Today and Tomorrow, Mises argued that in this limited role, government "ought to do all the things for which it is needed and for which it was established."

While a federal government that consumes 20% of GDP (as ours did in 2007) is highly interventionist and far from the Misesian ideal, the significant expansion envisioned by the current administration moves the country closer to the boundary of socialism where, despite a democratic foundation, the government becomes totalitarian: "nothing is outside its sphere and jurisdiction."

What does history tell us about the likely consequences of this budgetary and regulatory expansion, which includes significant nonbudgeted costs to business and the private sector? Two studies from the late 1990s are informative. In a 1998 Cato Journal paper (vol. 18, no. 2, pp. 163–190), Gwartney, Holcombe, and Lawson examine "The Scope of Government and the Wealth of Nations."

Both studies begin with the idea that some government is necessary. A limited-range provision of services by government and even expansion of these services may enhance economic growth. Vedder and Gallaway adopt a framework around a concept called the "Armey Curve."6 Output will be low and growth very limited in the absence of a system of rule of law and protection from external predators. Output may be low and growth nonexistent where government monopolizes the allocation of resources and other economic decisions. Per the argument, the provision of limited and proper government services at first enhances economic growth and development under conditions of diminishing returns. Further expansion of government, enhanced by expansion into things government cannot do well, leads to negative returns — government reduces growth or growth potential.

Gwartney et al. make a similar argument, again consistent with Mises, using the concept of core functions of government. Their core is limited, but slightly broader than Mises's; it includes, in addition to Mises's protection from plunder and fraud, a "provision of a limited set of goods that for various reasons markets may find it difficult to provide." Following their analysis, provision of core functions of government enhances growth, while expansion of government beyond the core eventually retards growth.

What conclusions can we draw from these studies about growth prospects for the future of the US economy? Gwartney et al. conclude, "[t]he findings of this paper show a strong and persistent negative relationship between government expenditures and growth of GDP, both for the developed countries of the OECD and for a larger set of 60 nations around the world." They add that "increases in the size of government have slowed economic growth. More rapid growth is possible, but higher potential growth can only be achieved if we are willing to reduce the relative size of government."

Their results suggest growth in government expenditures relative to GDP of 10% reduces the growth rate of GDP by about 1%. Gallaway and Vedder come to very similar conclusions. In a study based on US historical data on federal spending as a percent of GDP, they find that the "Armey Curve" peaks when federal spending equals about 17.45% of GDP. Based on their study, every 1% increase of the spending-to-GDP ratio beyond this point, by my calculation, results in a 0.375% decrease in the growth rate of GDP.

Besides the enormous debt burden the current deficit-financed expansion of government imposes on our grandchildren, what is the potential impact on future living standards? According to the March 5, 2009, Wall Street Journal, the budget assumes the recession is mild and ends this year with a decline in real GDP of 1.2%. Growth resumes at 3.2% for 2010 and is cooking at 4% by 2010–2013. Currently we have a nearly 14.3 trillion dollar economy. If the economy actually grew at 4% on average for a ten-year period, GDP would be $21.15 trillion in constant dollars. But, even estimating on the low side, federal spending will be increased from 20% to 22% of GDP; this would reduce the average growth rate by 0.75. Growth would be not 4% but 3.25%, resulting in a GDP of not $21.15 trillion but only $19.68 trillion — or an almost 6.9% decrease over what growth would have been if federal outlays had remained at 20%.

Over the same period, our population of approximately 306 million people is expected to grow to approximately 334 million based on 0.9% projected growth rate. This would represent a decline in real per capita GDP of approximately $4,400 in just the tenth year alone. The Wall Street Journal predicts (and as any reasonable person would expect, based on past expansions of government) that the cost per person in lost welfare could be significantly more. The cost in lost freedom may be immeasurable.

Even if the current stimulus and budget proposal have short-term benefits in terms of measured GDP, the results will be temporary. And, by these estimates, they would come at a significant long-run cost to the economy. This estimate of lost welfare is most likely significantly on the low side. The current recession is beginning its fifteenth month, one month less than the 1981–1982 recession and with less significant job loss to date. There has also been less significant job loss than during the 1973–1975 recession, which also lasted 16 months.

As pointed out in the Wall Street Journal "Review and Outlook" of March 6, 2009, "Recessions don't last forever, but bad policies can prolong the pain."

While the current interventions and policy mistakes (stimulus) aimed at easing the pain of the recession and stimulating recovery have not as yet risen to the 1929–1939 levels, the plan has little in it to encourage private-sector recovery.

Recovery and growth are impeded, not stimulated, by the threat of less competitive labor markets, regulatory uncertainty, cap-and-trade energy policy, the threat of increased protectionism, certain higher tax burdens in the future, especially on capital income, and the use of the tax system explicitly for purposes of redistribution of income.

The threat of massive inflation is real and significant. Economic responses to past policy shifts that are similar in nature are not encouraging. The Great Society of Lyndon Johnson in the 1960s brought us the stagnation and inflation of the 1970s and early 1980s. Japan endured a decade-long slump.7 And, as Michael Boskin reminds us in "Obama's Radicalism is Killing the Dow" (Wall Street Journal, March 6, 2009), "On the growth effects of a large expansion of government, the European social welfare states present a window on our potential future: standards of living permanently 30% lower than ours."

The correct road to recovery is the path to a "free and prosperous commonwealth."

Such a path would include a return to sound money, competitive markets, and the rule of law with a total level of government spending and tax burden that, as suggested by Gwartney et al., is no more than 15% of GDP.

Mises would most likely go even lower.

Little else is requisite to carry a state to the highest degree of opulence from the lowest barbarism, but peace, easy taxes, and a tolerable administration of justice; all the rest being brought about the natural course of things. All governments which thwart this natural course, which force things into another channel or which endeavor to arrest the progress of society at a particular point, are unnatural, and to support themselves are obliged to be oppressive and tyrannical.

We owe our children and grandchildren better. We owe them a free and prosperous commonwealth. History and theory show us the way to achieve both.