GET NEWS AND ARTICLES IN YOUR INBOXPrint
A
A
Home | Mises Library | Is The Fourteenth Amendment Good? 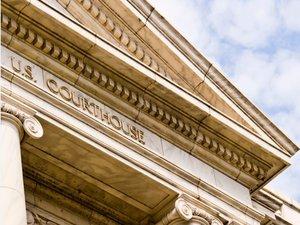 Few issues divide libertarians the way the Fourteenth Amendment to the United States Constitution does. Gene Healy has observed that "[c]lassical liberals of good faith have found themselves on either side of the issue."

On the one side are those who praise the amendment for circumventing the power of the states to prejudice, police, regulate, or otherwise use force to impose discriminatory laws on their citizens. On the other side are those who, while acknowledging the problematic nature of state misconduct and wrongdoing, are not willing to condone the transfer of power from states to the federal government, and in particular to the federal judiciary.

The divide comes down to one's views on federalism, i.e., on the balance or separation of the state and national governments.

The first and fifth sections of the Fourteenth Amendment are the most controversial. Section One consists of the Citizenship Clause, the Privileges or Immunities Clause, the Due Process Clause, and the Equal Protection Clause, and Section Five bestows on the US Congress the authority to enforce the amendment legislatively. These provisions have vested increased powers in the national government, allowing federal courts to bring states into compliance with federal laws regarding certain individual rights — or alleged rights.

The United States Supreme Court in Barron v. Baltimore (1833) held that the Bill of Rights — the first ten amendments to the US Constitution — bound only the federal government and not state governments. Through the Fourteenth Amendment, which was officially ratified in 1868, the United States Supreme Court and inferior federal courts have gradually "incorporated" most of the provisions of the Bill of Rights to apply against the states. The federal government has thereby empowered itself to bring state governments into compliance with provisions originally intended to restrain only federal abuses.

If the federal government were the only or the best mechanism for reducing the type of discrimination and rights violations prohibited by the Fourteenth Amendment, the Fourteenth Amendment would be welcome and warranted. But it is not the only conceivable corrective, and besides, isn't it counterintuitive for libertarians to applaud and champion an increase in both the scope and degree of federal power, even if that power has, on some occasions, brought about admirable results?

In contexts unrelated to the Fourteenth Amendment, it is almost never controversial for libertarians to promote nongovernmental, local, or decentralized cures for unfair, discriminatory laws and practices. It is often alleged that industry and trade and plain economics are better mechanisms for reducing discriminatory behavior, whether it is based on race, class, sex, gender, and so forth, than is government force. Yet frequently those libertarians who raise alarm about the Fourteenth Amendment's governmental, federal, and centralized approaches to discriminatory laws and practices are disingenuously treated, in the place of argument, as supporters of those laws and practices rather than as principled opponents of federal, centralized reparations for social harms.

Federal Judges Regard the Purpose of the Amendment as Irrelevant

In 1873, Justice Samuel F. Miller, joined by four other justices, held that the Fourteenth Amendment protected the privileges and immunities of national and not of state citizenship. The case involved state regulations of abbattoirs to address the health emergencies resulting from animal blood that was seeping into the water supply. Justice Miller opined that the Fourteenth Amendment was designed to address racial discrimination against former slaves rather than the regulation of butchers:

[T]he war [i.e., the Civil War] being over, those who had succeeded in re-establishing the authority of the Federal government were not content to permit this great act of emancipation to rest on the actual results of the contest or the proclamation of the Executive [the Emancipation Proclamation], both of which might have been questioned in after times, and they determined to place this main and most valuable result in the Constitution of the restored union as one of its fundamental articles.

Justice Miller's point is that the meaning and purpose of the Fourteenth Amendment — protecting and preserving the rights of freed slaves — are cheapened when they are taken to justify federal intervention into the everyday economic affairs of a particular state industry. State regulation of animal slaughtering is not the same type or degree of oppression as the enslavement of people based on their race. To argue otherwise is to minimize the gravity of racist ideology.

Justice Miller acknowledged that the state regulation at issue was "denounced not only as creating a monopoly and conferring odious and exclusive privileges upon a small number of persons at the expense of the great body of the community of New Orleans," the city effected by the slaughterhouses in question, but also as a deprivation of butchers' right to exercise their trade. Nevertheless, Justice Miller did not believe the federal government was entitled under the Constitution to interfere with authority that had always been conceded to state and local governments.

Ceding power to federal judges does not predispose them to liberty. Because Section Five of the Fourteenth Amendment permits Congress to pass amendments or enact laws dealing with state infringements on individual liberty, it isn't necessary or constitutionally sound for the federal judiciary to assume that role. Members of Congress, unlike federal judges who enjoy life tenure, are accountable to the voters in their states and are thus more likely to suffer from their infidelity to the Constitution.

At a conceptual level, moreover, it seems odd for libertarians to champion domestically what they decry in foreign relations, namely, the paternalistic doctrine that a more powerful central government ought to use its muscle to force smaller political units into compliance.

The Legacy of the Amendment

Scholars on the left such as Erwin Chemerinsky, Charles Black, Peter Edelman, and Frank Michelman have advocated for the protection and enforcement of "rights to subsistence" under the Fourteenth Amendment. These would include rights to government supplied food, healthcare, and a minimum wage. State laws that abridged these rights — that failed to provide these welfare benefits — would be deemed unconstitutional; the federal executive would then ensure that every citizen within the transgressing states receives health insurance, food insurance, and a basic income, all subsidized by taxpayers.

I'm willing to admit not only that as a practical matter I would litigate under provisions of the Fourteenth Amendment to competently and ethically represent my client (imagining a system in which federal power is not so entrenched is useless to litigators in a real system in which federal power is deeply ingrained) but also that, in a more ideal world, there might be other, less deleterious vehicles for fighting discrimination and rights violations than the Fourteenth Amendment. The workshop of everyday activity does not service hopeful abstraction. One cannot unmake a system overnight; lawyers must advocate with the laws available to them and cannot invent new ones for their cases or hang their hats on mere policy. Not if they want to succeed.

The Fourteenth Amendment is not itself a positive good but a dangerous animal to be handled with care. Libertarians as a class have manifest undue devotion to its operation. We need instead an open, honest, and collegial debate about the merits and function of this amendment, lest other creatures of its likeness rear their head in the future, and at the expense of our cherished liberties.