GET NEWS AND ARTICLES IN YOUR INBOXPrint
A
A
Home | Mises Library | Forecasting: The Model Solution 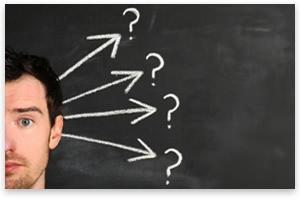 Unfortunately, things are not as straightforward as they seem to be. For instance, it has been observed that declines in the unemployment rate are associated with a general rise in the prices of goods and services. Should we then conclude that declines in unemployment are a major trigger of price inflation? To confuse the issue further, it has also been observed that price inflation is well correlated with changes in money supply. Also, it has been established that changes in wages display a very high correlation with price inflation.

So what are we to make of all this? We are confronted here not with one but with three competing "theories" of inflation. How are we to decide which is the right theory? According to the popular way of thinking, the criterion for the selection of a theory should be its predictive power. On this Milton Friedman wrote,

The ultimate goal of a positive science is the development of a theory or hypothesis that yields valid and meaningful (i.e., not truistic) predictions about phenomena not yet observed.1

So long as the model (theory) "works," it is regarded as a valid framework as far as the assessment of an economy is concerned. Once the model (theory) breaks down, we look for a new model (theory). For instance, an economist forms a view that consumer outlays on goods and services are determined by disposable income. Once this view is validated by means of statistical methods, it is employed as a tool in assessments of the future direction of consumer spending. If the model fails to produce accurate forecasts, it is either replaced or modified by adding some other explanatory variables.

The tentative nature of theories implies that our knowledge of the real world is elusive. Because it is not possible to establish "how things really work," it does not really matter what the underlying assumptions of a model are. In fact anything goes, as long as the model can yield good predictions. According to Friedman,

The popular view in economics that sets predictive capability as the criterion for accepting a model is absurd. Even the natural sciences, which mainstream economics tries to emulate, don't validate their models this way. For instance, a theory that is employed to build a rocket stipulates certain conditions that must prevail for its successful launch. One of the conditions is good weather. Would we then judge the quality of a rocket propulsion theory on the basis of whether it can accurately predict the date of the launch of the rocket?

The prediction that the launch will take place on a particular date in the future will only be realized if all the stipulated conditions hold. Whether this will be so cannot be known in advance. For instance, on the planned day of the launch it may be raining. All that the theory of rocket propulsion can tell us is that if all the necessary conditions hold, then the launch of the rocket will be successful. The quality of the theory, however, is not tainted by an inability to make an accurate prediction of the date of the launch.

The same logic also applies in economics. We can say confidently that, all other things being equal, an increase in the demand for bread will raise its price. This conclusion is true, and not tentative. Will the price of bread go up tomorrow, or sometime in the future? This cannot be established by the theory of supply and demand. Should we then dismiss this theory as useless because it cannot predict the future price of bread? According to Mises,

Economics can predict the effects to be expected from resorting to definite measures of economic policies. It can answer the question whether a definite policy is able to attain the ends aimed at and, if the answer is in the negative, what its real effects will be. But, of course, this prediction can be only "qualitative."3

Now, without the knowledge that human actions are purposeful, it is not possible to make sense out of historical data. On this Rothbard wrote,

One example that Mises liked to use in his class to demonstrate the difference between two fundamental ways of approaching human behavior was in looking at Grand Central Station behavior during rush hour. The "objective" or "truly scientific" behaviorist, he pointed out, would observe the empirical events: e.g., people rushing back and forth, aimlessly at certain predictable times of day. And that is all he would know. But the true student of human action would start from the fact that all human behavior is purposive, and he would see the purpose is to get from home to the train to work in the morning, the opposite at night, etc. It is obvious which one would discover and know more about human behavior, and therefore which one would be the genuine "scientist."4

The fact that people consciously pursue purposeful actions provides us with definite knowledge, which is always valid as far as human beings are concerned. This knowledge sets the base for a coherent framework that permits a meaningful assessment of the state of an economy.

To undertake the identification of data, one is required to reduce it to its ultimate driving force, which is purposeful human action. For instance, during an economic slump, a general fall in the demand for goods and services is observed. Are we then to conclude that the fall in the demand is the cause of an economic recession?

We know that people persistently strive to improve their lives and well-being. Their demands or goals are thus unlimited. The only way then for general demand to fall is via people's inability to support their demand. In short, problems on the production side — i.e., with means — are the likely causes of an observed general fall in demand.

Alternatively, consider the situation in which the central bank announces that increasing money supply growth while price inflation is low can lift real economic growth. To make sense of this proposition we must examine the essence of money. Money is the medium of exchange. Being the medium of exchange, money can only facilitate existing real wealth. It cannot create more wealth. Money cannot be used in production. It cannot be used in consumption. Hence we can conclude that printing money is not the right means to promote economic growth. In other words, the goal — of lifting real economic growth — cannot be achieved by means of printing money.

The fact that man pursues purposeful actions implies that causes in the world of economics emanate from human beings and not from outside factors. For instance, contrary to popular thinking, individual outlays on goods are not caused by real income as such.

In his own unique context, every individual decides how much of a given income will be used for consumption and how much for investments. While it is true that people will respond to changes in their incomes, the response is not automatic. Every individual assesses the increase in income against the particular set of goals he wants to achieve. He might decide that it is more beneficial for him to raise his investment in financial assets rather than to raise consumption.

In contrast, analyses that rely solely on statistical correlations are of limited help, because they are of a mechanical nature. Hence comments made by various experts who rely on such frameworks are arbitrary. All that these experts can do is repeat already-known data — they can tell us nothing about the essence of economic activity. In short, various statistical and mathematical methods are a particular way of describing but not explaining events; they do not improve on our knowledge of what causes the fluctuations in the data.

According to the popular way of thinking, the criterion for the selection of a theory should be its predictive power. So long as the model "works," it is regarded as a valid framework to assess the state of an economy. If the model fails to produce accurate forecasts, it is either replaced or modified. The tentative nature of theories implies that our knowledge of the real world is elusive. Contrary to the popular view, we hold that by means of a fundamental statement that human actions are conscious and purposeful we can derive the entire body of economics. Because the knowledge derived here is based on a fundamental, true statement, this knowledge is not tentative and elusive but absolutely definite. Consequently, we don't require various statistical methods here to validate the economic theory, which is derived from the fact that human actions are conscious and purposeful. Analysts who rely on statistical methods to ascertain the facts of reality are running the risk of producing erroneous analyses.