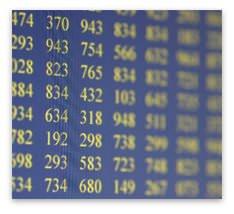 Practically every major hedge fund manager in the country has read Fooled by Randomness, by Nassim Nicholas Taleb (Random House 2004). First released in 2001, the book was updated in 2005 and expanded with a new postscript.

For the lay reader, it demonstrates how randomness influences all types of human action and helpfully exposes the futility of macroeconomics and econometrics.

Taleb is a Wall Street derivatives trader, mathematician and fellow at New York University's Courant Institute of Mathematical Sciences. Despite its popularity among traders, the book is not actually a guide to trading but rather an elaboration of lessons on probability that Taleb has gleaned from many years of investing under conditions of extreme uncertainty.

His main thesis is that human beings, due to emotional defects in their cognitive make-up, are prone to underestimate the role that randomness plays in almost all financial and economic outcomes. These defects are actually biases and mental shortcuts that make people overconfident in their predictive powers, setting them up for randomness traps. What appears to be investment skill is often (but not always) the product of good luck. Likewise, a financial loss can be the result of an unforeseen rare event or deviation, what Taleb calls a "black swan." Taleb's warnings against overconfidence hearken back to Scottish philosopher David Hume: "No amount of observations of white swans can allow the inference that all swans are white, but the observation of a single black swan is sufficient to refute that conclusion." This admonition encapsulates Taleb's entire approach to all kinds of risk, both in finance and life in general.

While it is obvious that portfolio managers and investors often stumble due to the miscalculation of risks, economists, policymakers and forecasters are subject to similar errors. Taleb, who has studied and practiced econometrics extensively, faults the economics discipline for imputing certainty where none is warranted:

What has gone wrong with the development of economics as a science? Answer: There was a bunch of intelligent people who felt compelled to use mathematics just to tell themselves that they were rigorous in their thinking, that theirs was a science. Someone in a great rush decided to introduce mathematical modeling techniques (culprits: Leon Walras, Gerard Debreu, Paul Samuelson) without considering the fact that either the class of mathematics they were using was too restrictive for the class of problems they were dealing with, or that perhaps they should be aware that the precision of the language of mathematics could lead people to believe that they had solutions when in fact they had none…. Indeed the mathematics they dealt with did not work in the real world, possibly because we needed richer classes of processes — and they refused to accept the fact that no mathematics at all was probably better.

In Taleb's view, economists are prone to error when they ascribe excessive precision to advanced statistical techniques. They assume, falsely, that a voluminous amount of historical observations (sample data) can help them to make inferences about the future. They presume that probability distributions follow a bell-shaped pattern. They make no provision for the possibility that past correlations between economic variables and data were coincidences.

Nor do they account for the possibility, as economist Robert Lucas demonstrated, that people will incorporate predictable patterns into their expectations, thus canceling out the predictive value of such patterns.

Regardless of the complexity of econometric models, they are inadequate if their assumptions are invalid. "I am now convinced," Taleb comments, "that, perhaps, most of econometrics could be useless — much of what financial statisticians know would not be worth knowing."

As Taleb points out, the popular Monte Carlo simulation "is more a way of thinking than a computational method." Employing this way of thinking can enhance one's understanding only if its weaknesses are properly understood and accounted for. This basic point is missed by many of Taleb's critics, who challenge him to support his claims with data, charts, diagrams, plots, time series and so forth. The book contains hardly any.

This text is a series of logical thought experiments, not an economics term paper; logic does not require empirical verification (again there is what I call the "roundtrip fallacy": it is a mistake to use, as journalists and some economists do, statistics without logic but the reverse does not hold: It is not a mistake to use logic without statistics).

Taleb's critique of econometrics is quite compatible with Austrian economics, which holds that dynamic human actions are too subjective and variegated to be accurately modeled and predicted.

In some parts of Fooled by Randomness, Taleb almost sounds Austrian in his criticisms of economists who worship "the efficient market religion." Such economists are misguided, he argues, because they begin with the flawed hypothesis that human beings act rationally and do what is mathematically "optimal."

Instead, Taleb relies heavily on behavioral finance and psychology literature to chronicle the most common ways human beings contradict the efficient markets hypothesis in their choices and actions.

Much of the behavioral finance school sees government regulation as a remedy for the perceived shortcomings of individual decision makers. Taleb, having been influenced by F.A. Hayek's Road to Serfdom, remains steadfastly skeptical of top-down solutions. He ridicules past attempts to use the state to correct human flaws:

It was confidently believed that the scientific successes of the industrial revolution could be carried through into the social sciences, particularly with such movements as Marxism. Pseudoscience came with a collection of idealistic nerds who tried to create a tailor-made society, the epitome of which is the central planner. Economics was the most likely candidate for such use of science; you can disguise charlatanism under the weight of equations, and nobody can catch you since there is no such thing as a controlled experiment.

As opposed to a Utopian Vision, in which human beings are rational and perfectible (by state action), Taleb adopts what he calls a Tragic Vision: "We are faulty and there is no need to bother trying to correct our flaws." It is refreshing to see a highly successful practitioner of statistics and finance adopt a contrarian viewpoint towards economics.

Hopefully, his renown and influence in the hedge fund world will help to promote a broader appreciation for the limits of econometrics in addressing public policy problems. If Fooled by Randomness can cut down on the number of randomness fools in Washington, we will see a dramatic reduction in the magnitude of black swans ("surprise" failures) in the public policy arena.

James M. Sheehan is a financial professional in New York and the author of Global Greens (Capital Research, 1998). Send him  MAIL, and see his Mises.org  Daily Articles Archive. Comment on the blog.