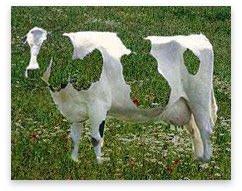 From mountains of butter and beef to imaginary cows, the European Union's Common Agricultural Policy (CAP) proves to be an ongoing wreck, despite perpetual reforms.

According to the recent press release by the European Court of Auditors, "the agricultural spending (€48.5 billion in 2005) is still materially affected by errors" and the Times reported that the auditors refused to sign off the accounts for the twelfth year. The European Union has been reforming the CAP over the last fifty years but unless its existence is seriously challenged, the fiasco will only continue.

Moving with the Times

The CAP was launched in the 1950s to overcome the food shortages in Europe. The Treaty of Rome in 1957 established the basics of the CAP with the following objectives: increased productivity, a fair standard of living for the agricultural population, stabilized markets, regular supplies of food, and reasonable prices for consumers. The core principle behind the CAP is the maintenance of a system of free and undistorted competition. However subsidizing production and guaranteeing prices to farmers inevitably distorted the market, resulting in surpluses of certain commodities — mountains of butter and rivers of milk.

To deal with surpluses, the EU then subsidized product storage, exported surpluses or simply disposed of them. Further measures were implemented to curb the production of these commodities: compulsory set-asides where farmers keep a percentage of their land uncultivated, fixed quotas on milk production with penalties for exceeding the quotas, limits on the area of crops and numbers of animals for which farmers claim subsidies.

Since food shortages are no longer a major concern in the EU member states, the CAP is now geared toward the preservation and management of natural resources. Their central role currently involves "support for farmers' incomes while also encouraging them to produce high quality products demanded by the market and encouraging them to develop additional ways of improving their businesses in harmony with the environment."

Public Benefits of Payments to Farmers

The environmental goals have been integrated into the CAP since the 1980s. Increasingly, farmers are encouraged to take care of the countryside rather than to focus on production of foodstuff through a recent reform called "decoupling" (i.e., payments to farmers are unrelated to production, as they are "decoupled" from output). Decoupling was introduced so that farmers are free to produce any commodity they wish and unlike previous subsidies for production of certain commodities, direct payments are given as farm aids.

The  Common Agricultural Policy Explained  published by the European Commission in 2004 states that financial assistance is given "to reduce the number of animals per hectare of land, leaving field boundaries uncultivated, creating ponds or other features, or by planting trees and hedges and so going beyond conventional good farming methods." Further aid may be given to farmers who voluntarily sign up to agri-environment commitments for a minimum period of five years, which would be a steady source of income for those who register.

At the Congress of European Farmers in Strasbourg, Mariann Fischer Boel, the European Commissioner for Agriculture and Rural Development, stated that most European citizens are still prepared to pay public money to farmers. In her speech, which is full of inconsistencies, she makes a flimsy distinction between private goods and public goods. According to Boel, while private goods such as farm products are for the market, responsible stewardship of the land and compassionate treatment of farm animals are public goods.

This statement raises some questions. If farm products should be left to the market as private goods, why have farmers been subsidized to produce foodstuff ever since the inception of the CAP? Surely Boel's statement undermines the role that the CAP has been playing in the last fifty years. Moreover, what does she mean by the public benefit of farm aid? Who exactly benefits in what way from these supposedly public goods?

I faintly see the benefit of the scenery one might enjoy while traveling through the fields of Europe. Let us say that I travel through the countryside in France. As I travel by train, I derive satisfaction from the scenery. For this purpose, however, it is insignificant to me who owns the fields or who funds the upkeep, since what I enjoy here is the landscape that I pass by.

If we follow Boel's logic, such landscape belongs to all of us and travelers like me would not be able to enjoy it if these farmers were not subsidized to make their farms beautiful. Therefore aid toward "the responsible stewardship of the land" are justified as passersby might derive satisfaction from the positive externality of the beautiful scenery. But why would this apply to landscapes and not cityscapes? If I argued that people would not be able to enjoy the skylines of Manhattan if the property owners were not subsidized to maintain such remarkable facades, wouldn't that strike us as absurd?

The assumption that the maintenance of the countryside is impossible without financial aid is questionable. Furthermore, let us say that farmers maintain their farms beautifully with the subsidies and open them up for agri-tourism. Visitors to these farms would have to pay; therefore I fail to see any public good element (namely, non-excludable and non-rivalrous). If I entered one of these farms saying, "I paid toward the upkeep of your farm with my tax payment and now I would like to stay here to enjoy your nice farm please," I would be trespassing. Boel's distinction between private goods and public goods and benefits is elusive.

There are high standards imposed on farmers in the EU member states only. Boel believes "it is logical that public money should cover the extra costs which these obligatory standards impose on our farmers, because it is the public that benefits from those standards — not, primarily, whoever buys the product." Her argument is not persuasive because effectively she is saying that the farmers have to meet the EU-created standards and need help meeting them, again by the EU and taxpayers, and some public but not the actual consumers of products will benefit from all these.

Addicted to the Reforms

As already demonstrated by the measures to deal with surpluses and the EU subsidies paid to farmers to meet the EU standards, it appears that the CAP is perpetually being reformed to fix problems that are self-generating.

The reforms to simplify rules and reduce market intervention, however, have not diminished the role of the CAP. In fact Boel has stated that "simplification is not about scrapping the CAP, nor is it about weakening controls over how we spend taxpayers' money." For instance, every year, the member states report to the European Commission on the results of the milk quota scheme, in a specific questionnaire format. If they exceed two reference quotas — one for deliveries to dairies, the other for direct sales to consumers — the levy of €0.3091/kg of overrun must be paid.

This year, nine member states exceeded the quotas by 1.2 million tonnes, amounting to a levy of €377 million. Other examples include: the Cereals Management Committee recently voting on a proposal "to change the eligibility of maize for intervention"; the aid scheme for banana producers being revised; the European Commission voting on the €450 million aid to restructuring and conversion of vineyards. So where is the simplification and where is decoupling?

One simplification agenda is aimed at a single Common Market Organisation (CMO). A CMO is a set of rules for a particular agricultural product. Examples are the "cereals CMO" and the "beef CMO." The Commission for Agriculture and Rural Development wants to consolidate twenty-one existing CMOs into one legal document. To simplify the detailed implementation of policies, the commission is currently reviewing twenty proposals.

Another simplification agenda is related to claiming farm subsidies, which involves a complex administrative procedure. Previously farmers could claim up to eleven different payments. Decoupling led to the Single Payment Scheme, launched in 2003. However, even such "simple" payment proves to be complex in reality. The Rural Payments Agency is an organization responsible for payments to farmers in the UK. The payments were delayed and government ministers and civil servants are pointing fingers at each other for the delay.

And the report from auditors? While inspecting the 2005 European Union budget, auditors have discovered that some farmers were claiming subsidies on imaginary cows. Siim Kallas, the Administrative, Audit and Anti-fraud Commissioner, responded to the auditors by stating that the auditing standards of the EU are stringent, samples taken for the audit were not representative, and they ignored the fact that the EU claim back any money wrongly paid out. Indeed, the commission announced in October 2006 that it is to recover €317 million from the member states that was wrongly claimed by farmers prior to 1999. To recover this sum, a task force was set up in 2002 and the EU is unhappy that the member states implemented inadequate recovery procedures.

The CAP takes up a large share of the EU budget — it used to be 70% of the budget but for the next financial cycle of 2007–2013, it is aimed at 34.9% — and the commissioners have no intention of abolishing it despite the fact that the initial objective of overcoming food shortages has long been redundant. On the contrary, they justify its existence based on unconvincing ideas of public benefits and interests and the actual expansion of the EU means the CAP is unlikely to diminish. As always, it will continuously be reformed. Meanwhile, the taxpayers have no choice but to contribute toward these eternal reforms.